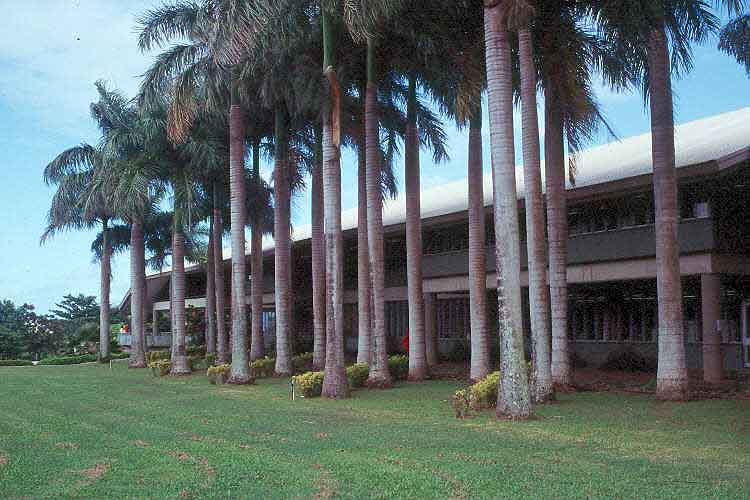 Development in the Pacific islands: what can we learn from experience?

On 6-8 November 2012 at USP, Suva, twenty-five men and four women (three more women withdrew too late for them to be replaced), all senior practitioners or analysts of social and economic development in Pacific island countries (PICs) and two-thirds of them Pacific islanders by descent, met by invitation in a ‘What We Can Learn’ project symposium to consider and debate what they had learned from their aggregate of a thousand person-years of experience in PICs’ development. While participants had worked in all Pacific subregions and countries, the symposium by design did not address issues of particular concern to PNG, because of its very different history, situation and scale from other PICs.

The form of the symposium was a continuous, open-ended interchange among the participants, who all had active roles as paper-writers, session chairs and rapporteurs. The structure provided an agenda of eleven sessions, each with a pre-issued topic paper presented by a participant to kick off the session debate and then see where the discussion would lead, and a concluding session to draw together some of the principal threads that had emerged. Timing was deliberately tight, and a class-sized meeting-room was used for the symposium sessions rather than a lecture theatre. This all helped to create the intensive and confidential environment that the symposium required.

Drawing on their collective experience, participants debated the utility of treating the Pacific as a single region, and the efficiency and effectiveness of dealing with multi-PIC concerns (ranging from security, climate change and oceanic resources  to region-wide audit and customs services ) through to regional institutions, including the roles of Australia and New Zealand; the political and institutional motivations and practices of donors and recipients of aid that largely determine its forms and effectiveness;  how the cultural, social and economic parameters of development differ among PICs, and are themselves being changed by monetisation, education, population growth and migration; the value and feasibility of maintaining a balance of power and responsibility among government, business and civil society, including churches, and how ordinary people can achieve and maintain a degree of control over their own development; tensions and complementarities between urban and rural areas, and the special problems of urban slums and small, remote rural settlements; how best to measure and understand social and economic conditions in PICs, both to inform the making of good domestic policy, and to enable meaningful comparisons within the Pacific and internationally; problems and techniques in building relations between politicians and officials for effective policymaking and implementation; the deepening and increasingly visible impact of corruption on government policies and actions; and the need to view capacity building in PICs against realistic perspectives of costs, benefits and time.

A common thread in several discussions concerned the co-existence of myths and realities:  how, in order to make impressive decisions and obtain funding, governments and donors (assisted by consultants and advisers) tend to select favourable data to construct an imaginary world in which the policy or project can be expected to succeed, only to be disappointed during implementation when reality asserts itself. Along with other symposium insights this concern will be further examined in the next stage of the project.

The symposium was marked by the speed with which participants got down to business, and the cordial way that complex and sensitive issues were identified and analysed. Professionally the Pacific is not a large place, so many participants already knew each other and had worked together before, while others were pleased to put a face to a name they already knew from reading or reputation. The closed nature of the symposium, with no strangers around, helped to create a relaxed but intellectually vigorous atmosphere.

USP provided excellent facilities for the three days of the symposium at its Statham Campus, and the food arrangements worked well. Several participants were graduates or former faculty members of USP and made informal contact with current students, and on the second evening seven participants joined the Vice-Chancellor of USP on the platform at a public forum to discuss the role of universities in helping PICs meet the challenges ahead. On the final evening of the symposium a dinner was held in Suva for participants and representatives of supporting donors.

The next stage of the WCWL project is the analysis of the material generated by the symposium and sorting of ideas and observations into categories and potential uses. That should lead early next year to a published digest of the intellectual output of the symposium, including reproduction of commissioned papers, with suggestions on how this experience-based material can be relevant to current and future issues and situations.

The aim is to present the information in an attractive and accessible form for the ready reference, enjoyment and use of political and official advisers and decision-makers, students, researchers, the media, civil society and the general public. A website and a handbook for policy-makers and development practitioners are envisaged.

There is of course little evidence that such material is ever seen, let alone used, by persons in political office, for whom it is at least in part intended; but that problem and how to tackle it was one of the real-life issues discussed at the symposium. So – watch this space.

Tony Hughes is Project Coordinator of the WCWL project. The What Can We Learn (WCWL) project is funded by a group of donors active in assisting PICs’ development, including Australia, New Zealand, UNDP, ESCAP and ADB.