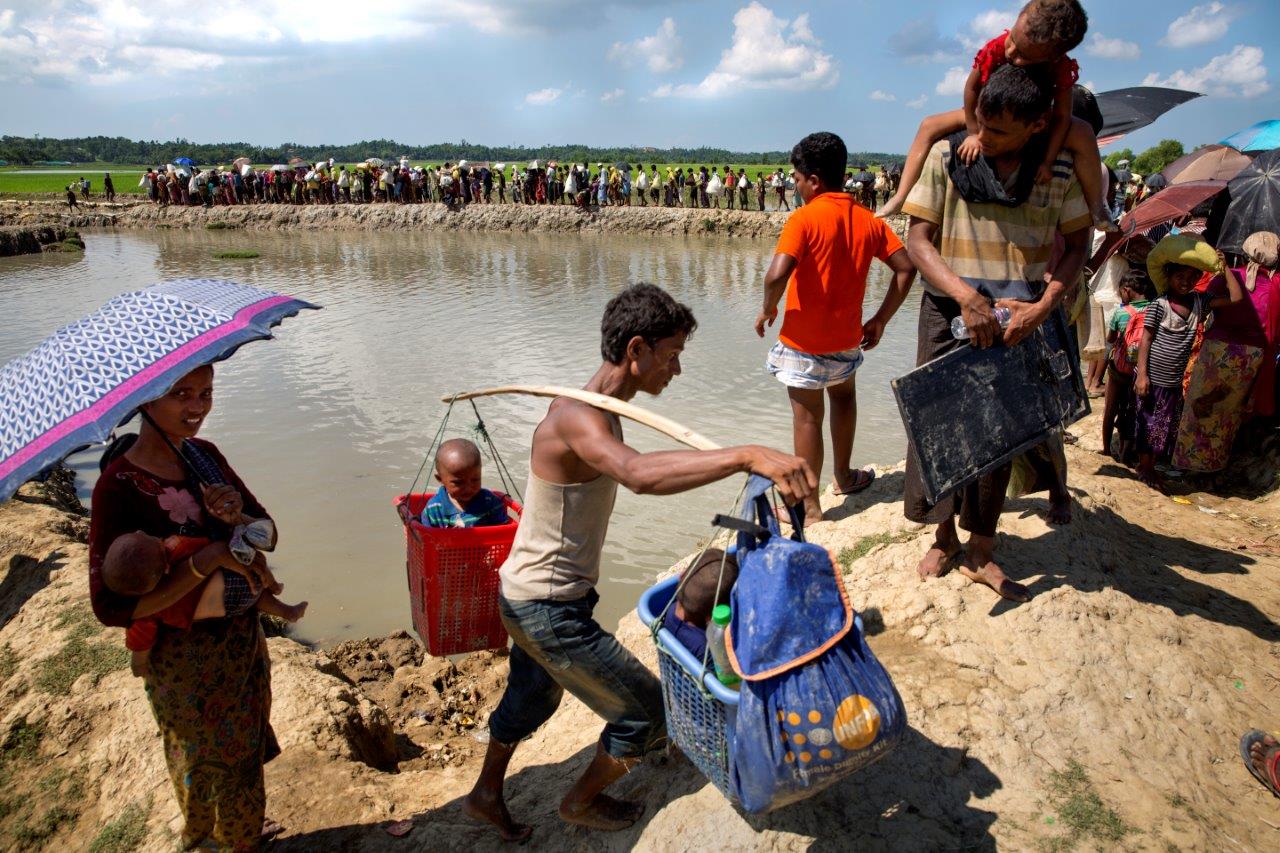 Many Rohingya were forced to trek for a week to reach safety in Bangladesh (Credit: Naymuzzman Prince/UNFPA)

In disasters, violence against women is the huge, often hidden story

After her son’s murder, Miriam* finally fled her village in Myanmar’s conflict-ravaged Rakhine State. Even as Miriam escaped, the few precious belongings she could grab were snatched from her, and she recalls how she was forced to drink water from bamboo to survive the long trek to neighbouring Bangladesh.

Of the nearly 700,000 Rohingya refugees that have crossed into Bangladesh since August 2017, well over half are women and girls, and many, like Miriam, have reported grave human rights abuses.

The Rohingya refugee crisis is extreme, yet violence against women and girls occurs everywhere, in both developed and developing nations. Worldwide – including here in Australia — on average one in three women face some form of violence at some point in their lives. Cases spike dramatically amid emergencies, but far too often go unreported. In this, the 21st century, rape is still used as a weapon of war, and fear, shame and stigma stops many survivors from speaking out.

And for refugees like Miriam, the risks aren’t over when they reach relative safety. Forced to live in makeshift camps filled with uprooted, often traumatized people, exposure and the threat of lawlessness increase the risk of violence. In desperate situations like these, where people often have just the clothes on their backs, forced marriage, child marriage, trafficking, exploitation and cases of women selling sex to survive, typically rise. This is why, in any crisis, upholding the safety and dignity of women and girls who have survived violence, or are at risk of suffering it, must be front and centre in relief efforts.

As the monsoon rains set in over the sprawling Rohingya refugee camps in Cox’s Bazar, Bangladesh, Miriam has finally found some security and respite in one of the special women-only spaces set up by the United Nations Population Fund (UNFPA), with support from the Australian government. For women who have lost everything – their homes, families, livelihoods and not least their dignity – there, they know that they are safe, that they have support and that they have each other.

Now, with the help of a trained counsellor, Miriam says she’s working through the grief at the loss of her son and feels comfortable enough in the space to start putting plans together for her surviving family.

“I have peace when I come here,” she says. “I get mental and physical support, and when I needed to go to the hospital, they referred me and came with me.” 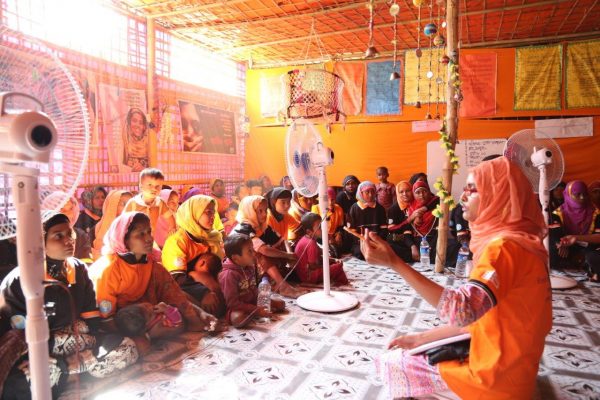 At the 19 Women-Friendly Spaces UNFPA runs for Rohingya women and girls in Bangladesh, specialists offer healthcare and counselling, as well as professional case management for survivors of violence. Hundreds of thousands of women and girls have been reached these through safe spaces, including over 165,000 with support related to gender-based violence. On top of that, UNFPA has provided vital sexual and reproductive health services to over 325,000 Rohingya women and girls, deployed 60 midwives to ensure safe births, and set up 19 reproductive health clinics.

The Australian government has provided $51.5 million in humanitarian assistance to crisis-affected communities in Bangladesh and Myanmar since September 2017. As well as supporting the provision of counselling and medical services to women and girls who have experienced violence, Australian assistance provides food and nutrition focused on children under five and breastfeeding women; and clean water, shelter and sanitation services.

Beyond that, we need to see stronger political will and more resources invested internationally to ensure that violence against women and girls is put front and centre in any emergency relief and humanitarian action. And wherever we are, we can always do more to stand up to violence against women and girls in our own lives – in our homes, in our families, in our schools and communities – wherever we might see it. Only then can hundreds of thousands more like Miriam embark on the road to recovery, summoning strength and restoring their dignity, as we move towards a world where all women and girls everywhere can aspire to live free from violence.

Since this post was written, Foreign Minister Julie Bishop has announced additional funding to the Rohingya crisis, bringing Australia’s contribution to $70 million since September 2017.

Sharman Stone
Sharman Stone is Professor of Practice, Gender, Peace and Security at Monash University and a former Australian Ambassador for Women and Girls.