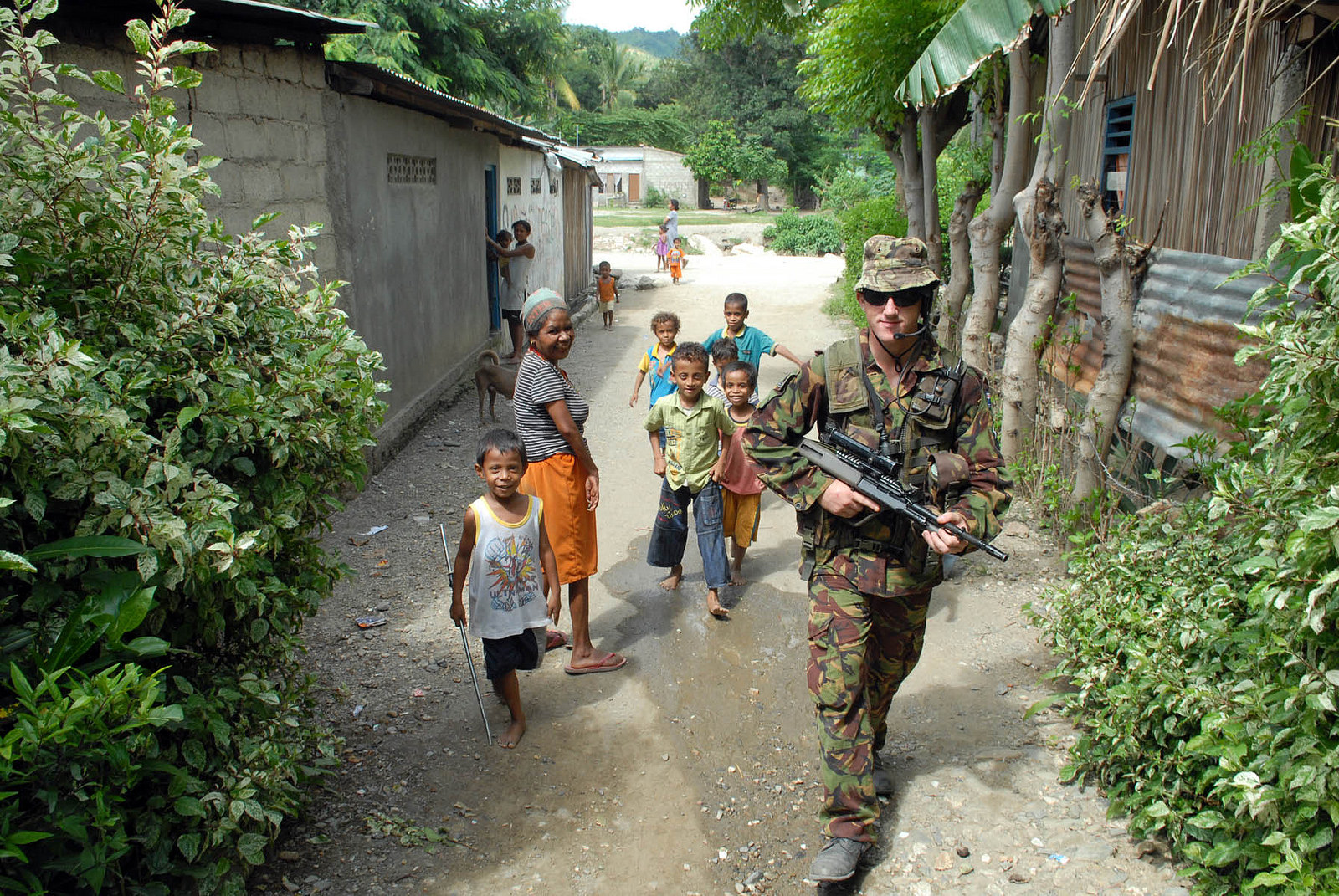 Do views about aid effectiveness influence support for aid?

Last year Camilla Burkot and I reported on our preliminary analysis of a public opinion survey we had conducted to better understand New Zealander’s views about aid. You can read the full blog post here, but in a nutshell New Zealanders were less enthusiastic aid-cutters than Australians, and — like Australians — most New Zealanders wanted their aid spent on helping people in need, rather than aiding their own country.

In our just released Development Policy Centre discussion paper, we have built on that initial work. We have looked at which types of New Zealanders are most supportive of aid, and also at the relationship between other views people have about aid and development, and their views about aid increases.

When it came to the types of New Zealanders who are most supportive of increasing aid, our findings are quite similar to those of similar work conducted in Australia. In both countries, people with an academic education and people who support left leaning political parties are more likely to support increases in aid. Taken together as a group, people who state they are religious are less likely to support increases in aid in both countries too.

In our New Zealand study we also looked to see if there was a relationship between responses to the two following questions and people’s views about aid increases:

We found no relationship between beliefs about whether the lives of poor people living in poorer countries were improving or not and support for aid. (We did find, however, that New Zealand First supporters and Green Party supporters are both less likely to believe that this sort of development progress is occurring than anyone else is. This is good news for the new governing coalition, which includes both New Zealand First and the Greens. The two parties may differ in almost every other way, but at least they can find common ground in feeling glum about development.)

On the other hand we found that there is a clear positive relationship between the belief that helped people in poorer countries and support for increasing the aid budget. This wasn’t a huge surprise; however, it isn’t the end of the story. We also found that even when we controlled for the effect of this belief, other traits still influence whether New Zealanders want to give more aid or not. Even accounting for views about whether aid works or not, religious Kiwis are still less likely to want aid increases than their secular counterparts, educated New Zealanders are still more likely to want aid increases, and people on the political left are still much more likely to want the aid budget grown. Indeed, the effects of political beliefs are actually larger than the effects of views about whether aid worked or not.

You can see this in the figure below. It shows you that, on average, if you take two New Zealanders who are similar in all other ways including political beliefs, but who differ in whether they think aid works or not, the probability of the one who thinks aid works supporting an aid increase is about 15 percentage points higher than the probability of the person who doesn’t think it works. On the other hand if you compare two otherwise similar people, each who thinks aid works, but who differ in that one supports Labour and one supports National, the Labour supporter will be 22 percentage points more likely to favour an aid increase. 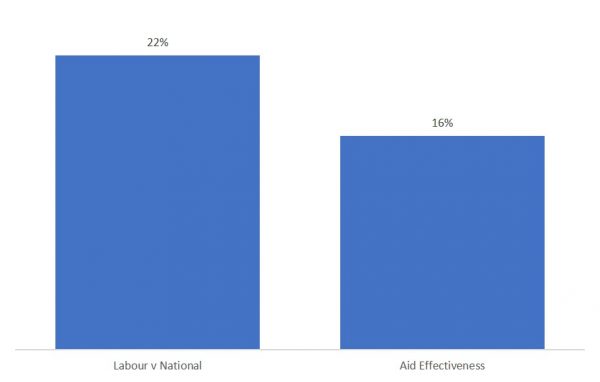 Although beliefs about whether aid works or not does have an influence on whether people want more aid given, many other factors also shape New Zealanders’ views. Most important of these other views are political beliefs. Presumably, this is because political beliefs extend beyond prosaic questions about whether aid works or not, to include a much larger suite of values such as social justice and views about internationalism.