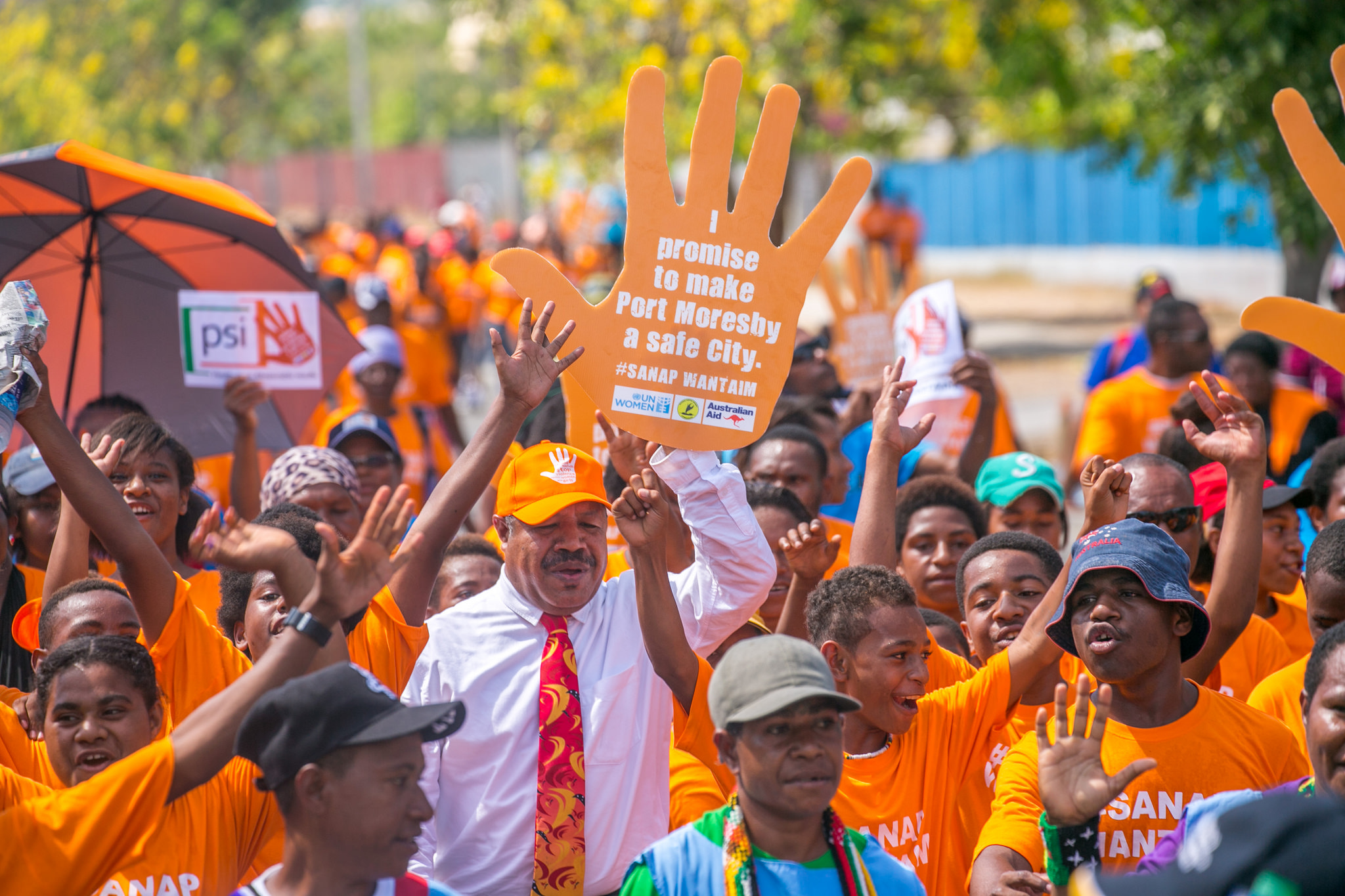 Domestic violence in PNG and the rise of civil society

On my first posting to Papua New Guinea (PNG) working for the Australian Government’s aid program, I visited Daru Hospital in Western Province.

In an isolated corner of the maternity ward sat a woman with a black eye, broken hand and a few missing teeth, breastfeeding her 12-month-old baby. Her child’s hand was in a cast and there was a large gash on her small face. The woman told me she had come to the ward because it was the only place she felt safe. She said if she returned home her husband would kill her and her baby would suffer. She pleaded for help. I tried everything I could think of but there were no local services in Daru for women escaping violent partners.

The plight of this young mother haunted me and even though I could not do anything for her, I wanted to help others. I soon discovered that it was hard to raise the sensitive issue of family and sexual violence, even though it affected most women and many men in PNG. At the time there were also only a few civil society organisations providing support services or advocating for change.

Fast forward almost 20 years and while there are still enormous challenges for those experiencing family and sexual violence, things have improved. Talking about it now is much easier. And importantly, it is not a donor-driven conversation. The Police Commissioner, the Commander of the PNG Defence Force, the Governor of National Capital District, and PNG private sector leaders, as well as leaders in civil society, the PNG public service and many others have stepped up to say, ‘enough is enough’. They want change for their families and communities.

These actions have led to new laws being passed, policies developed, training delivered, support services being established (albeit still inadequate) and coordinated prevention and advocacy efforts. Again, many of these, while funded by donors, are led by Papua New Guineans who want change. We can learn a great deal by understanding what galvanised the transformation over the last two decades in the way PNG responds to family and sexual violence.

First, the change is directly linked to the collective efforts by many different partners, all of whom had a reason to be involved. The PNG Government recognised that it must address this violence to progress overall social and economic development, donors prioritised women’s empowerment in their aid programs, and civil society demanded better services for the most vulnerable. More recently the private sector has come in as a new player, recognising the significant cost to business of staff not coming to, or engaging, at work. New and innovative public, private and civil society partnerships such as Bel isi PNG (peaceful PNG) have emerged, which demonstrate that change, through leveraging collective interest, can happen.

The growth and increasing strength of PNG’s civil society organisations has also been of critical importance. When I was looking for ways to support the young mother in Daru, there was no local organisation to refer her to for help. Today, at least in Port Moresby, there are several different locally-run safe houses, case management centres, advocacy and coordination groups, sports bodies and other prevention-focused organisations that are playing an essential role in addressing family and sexual violence. While many improvements are still necessary, including better quality and coordination of services, and more involvement from men, progress has been made.

It is also important to remember that every society across the world has been forced to address family violence and violence against women. Most, including Australia and America (my own home country), are still on that journey. And every country has had to tread the same path of consistent advocacy to change attitudes, making sure services are there to support people who seek help, developing policies and changing laws. Many countries are working out how to work with men in ways which create real change.

Going forward, there needs to be a continued commitment to supporting the sustainability of the country’s civil society organisations. Donors have played an important role helping establish these organisations and providing ongoing funding, which has been essential to the growth of civil society in PNG. Donors need to continue to commit funding over a long period and avoid exiting before an organisation can sustain itself.

It is also important that donors don’t shy away from funding core running costs and that they find ways to help support fostering public private partnerships, raising income, and accessing PNG Government funding on an ongoing basis. These organisations also need ongoing help to set up good governance mechanisms and effective systems and capacity, including finance and human resource management. Many local organisations are established by local leaders who have specific advocacy or service delivery skills, but lack leadership, management and governance skills, which can be hard to develop without support.

Importantly, donor requirements for funding applications, reporting, and monitoring and evaluation should not be overly onerous, as this can set up an organisation with weak capacity to fail. International non-government organisations, including United Nations organisations, should be encouraged to prioritise building capacity and partnering with PNG’s civil society. Donors should avoid having international NGOs compete with local NGOs for limited donor funding.

The rise of civil society in PNG is a major success story and is the key to the growing movement to address family and sexual violence and other social issues. All partners need to continue to work together to ensure we foster a dynamic civil society, so we can continue to provide better services and support PNG to improve development outcomes.

This article was first published by the Australian Institute of International Affairs.

Disclosure: the author formerly managed the Australian aid program to PNG, and is on the board of the case management NGO Femili PNG. The Oil Search Foundation manages the Bel Isi partnership.