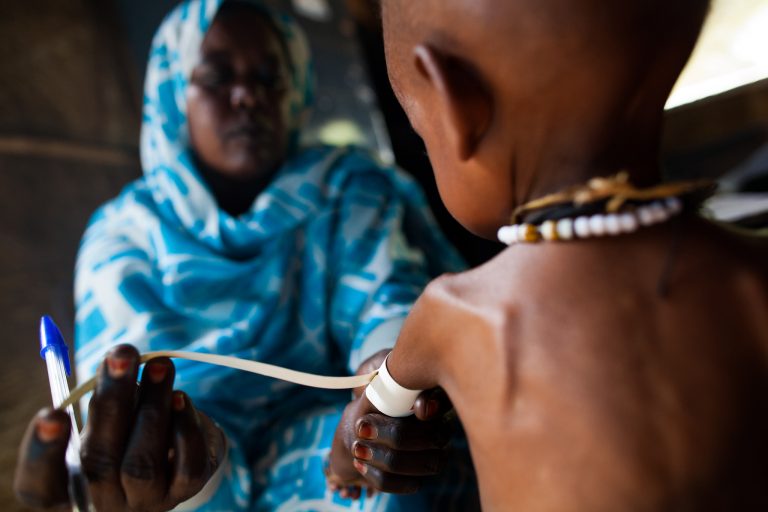 As Australia’s nearest neighbour, Papua New Guinea (PNG), prepares to host the Asia-Pacific Economic Cooperation (APEC) leaders in a few weeks, it is timely to examine action on a key cause and outcome of poverty in PNG and other APEC countries – inadequate nutrition. This is an issue that APEC leaders have recognised as a priority, as the 2017 Leaders Declaration included a section on food security and agriculture.

Both the Millennium Development Goals (or MDGs) (2000) and the Sustainable Development Goals (SDGs) (2015) have included goals to dramatically reduce or end hunger. The MDGs included a target to “halve, between 1990 and 2015, the proportion of people who suffer from hunger,” which the world came close to achieving – the proportion of people in developing countries who are undernourished did fall by nearly half between 1990 and 2015.

The SDGs go further, including the following targets:

Even with these ambitious goals, and some progress towards them, the extent of hunger and malnutrition remains distressing. In 2017, 151 million children were stunted (below average height for their age, an indicator of chronic under-nutrition), a reduction from 198 million in 2000. In the same period, the number of children who are overweight (a measure of poor-quality nutrition) increased from 30 million to 38 million. The total number of people who are undernourished was 815 million in 2014 to 2016, a moderate reduction from the one billion undernourished people in the early 1990s.

In June 2013, leaders from countries with high burdens of under-nutrition and donor countries gathered with philanthropic leaders and business executives at the Nutrition for Growth Summit in London, making pledges of US$4.15 billion on nutrition-specific interventions and an additional $19 billion on nutrition-sensitive sectors between 2013 and 2020. Nutrition-specific interventions address nutrition directly, and include emergency feeding, disease management, maternal and child micro-nutrient supplementation, and improvements to diet, water and sanitation. Nutrition-sensitive interventions include food security, care-giving resources at the maternal, household and community levels, agricultural interventions and programs, and social safety nets.

In 2016, the World Bank, Results for Development, and 1000 Days, with support from the Bill & Melinda Gates Foundation and the Children’s Investment Fund Foundation (CIFF), released an investment framework for nutrition that clarified the funding required to achieve nutrition goals. The framework estimated the gap in funding to reach the 2025 World Health Assembly targets for nutrition (including reductions in stunting and wasting of children and increased breastfeeding) at $70 billion, and that donors, high burden country governments and innovative financing mechanisms would need to significantly step up funding to meet the 2025 targets.

Five years after the 2013 Nutrition for Growth Summit, it is timely to review the delivery of commitments that were made and to assess the new pledges needed to achieve global nutrition goals. A new report by the ACTION Global Health Partnership, Following the funding, assesses recent funding by bilateral and multilateral funding agencies and philanthropic organisations since 2013, and examples of the impact of this funding.

One constraint on the reporting of funding is the availability of data – some national governments and international donors do not report in detail on their spending on nutrition. In Australia’s case, DFAT reports in detail on nutrition funding on a biennial basis, which provides an overall indication of trends in nutrition spending, but with gaps in recent information. The 2016 figures for Australia indicate that most of Australia’s support for nutrition is through nutrition-sensitive funding, with nutrition-specific funding being US$16 million in 2016, or just over 0.5% of the aid program.

The ACTION report finds variable performance by different contributors since the 2013 Nutrition for Growth Summit:

The current version of the report does not include detailed data on nutrition spending by low- and middle-income countries, although details from several countries in Africa will be included in an updated version of the report due for release in the coming months. The situation of countries in Australia’s region shows the importance of nutrition for national governments. In two of Australia’s largest aid recipients, Papua-New Guinea and Timor Leste, approximately half of children are stunted – among the highest rates of stunting in the world.

In 2020, Japan will be hosting the next Global Nutrition Summit, and by this time most of the financial and policy pledges in 2013 will have expired or will be reaching their end date. Therefore, it is timely for countries such as Australia to make new pledges, to reflect the increased action needed to achieve agreed global nutrition goals. It is also timely for the Australian Government to revisit a recommendation in a hurried 2016 report by the Joint Committee on Foreign Affairs, Defence and Trade to “develop a stronger regional policy and funding focus under Australia’s Official Development Assistance program on both nutrition-specific and nutrition-sensitive activities.”

The ACTION Partnership report also suggests that increased transparency on nutrition spending and its impacts is required, given the limited data available from many governments.

The launch on 11 October at the World Bank Annual Meeting in Bali of a Human Capital Index that ranks countries on key indicators of whether young people can achieve their potential, such as the rate of stunting, should promote increased transparency on nutrition funding and outcomes. And increasing the priority for nutrition in Australian aid would be a valuable initiative for the new Assistant Minister for International Development, Senator Anne Ruston (a former Assistant Minister for Agriculture), to take up.

Mark Rice
Mark Rice has been the Policy and Advocacy Manager for RESULTS International Australia for the last four years, focusing on child health, policy towards multilateral development banks, and overall priorities for the Australian aid program. Prior to this, Mark was a volunteer for RESULTS, as well as working in a number of roles in the Federal and Queensland Governments. He holds a Bachelor of Economics and Masters in Public Administration.