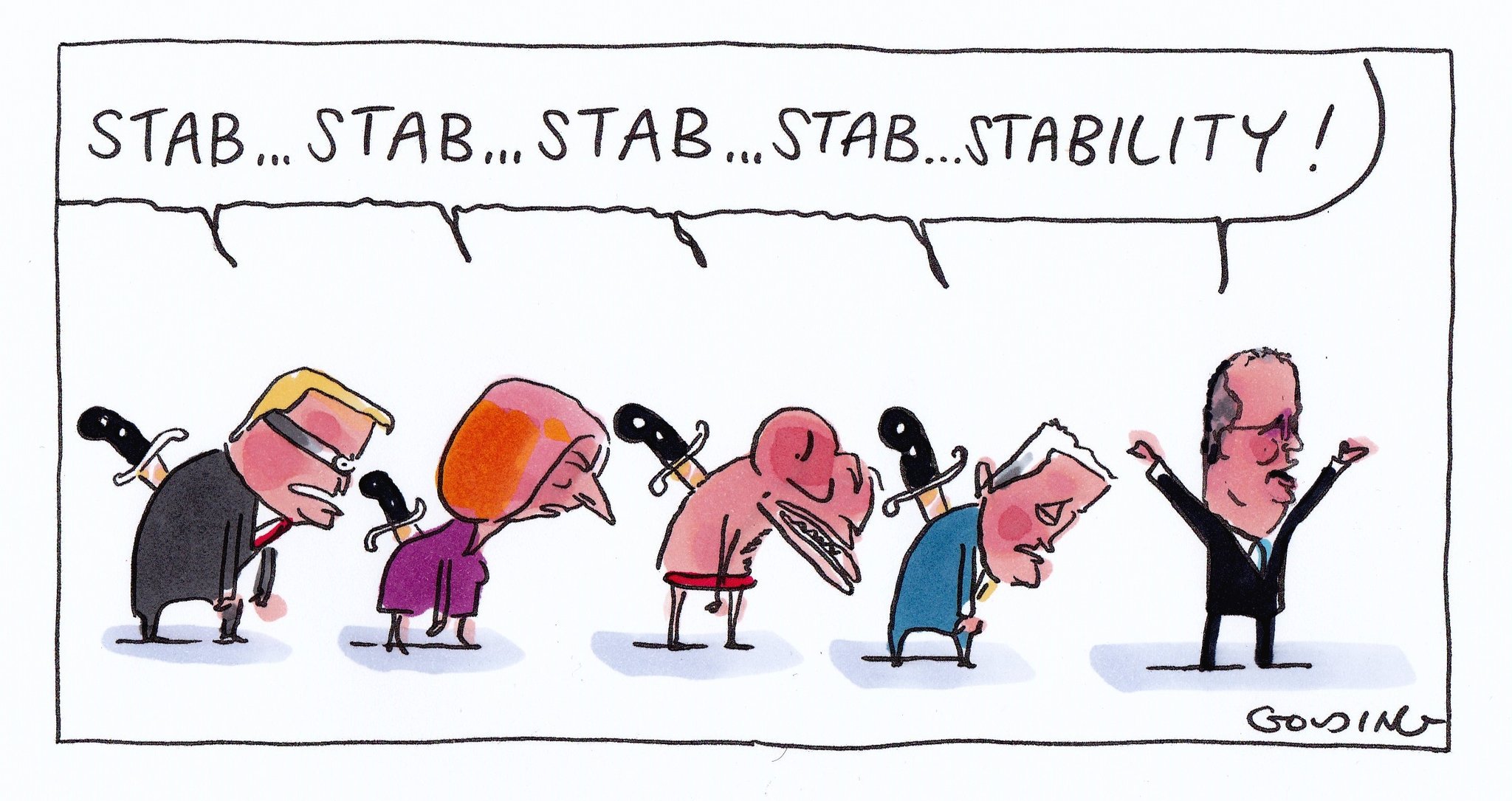 Drama drama drama: what the new government means for aid

Australia continues to cement itself as the Pacific’s least stable democracy, as it deposed another Prime Minister last week in completely absurd circumstances. We wish we could explain it to international readers, but… you don’t really want to know.

While there are plenty of think pieces out there to read about the broader schmozzle, we’re boiling it down to what matters for us — aid and development.

Here’s what you need to know about the fallout for our sector from yet another political maelstrom.

He is a vocal supporter of aid and poverty reduction, but in conjunction with former Treasurer Joe Hockey, has overseen the largest cuts to aid in Australian history – though to be fair to ScoMo, Hockey did nearly all of the damage.

As Matthew Dornan wrote in a piece for New Matilda in 2016:

The Treasurer has been a passionate advocate on foreign aid in the past, writing an article on its importance in the Australian Christian Lobby’s Viewpoint magazine in 2009.

In his maiden speech to parliament, Scott Morrison stated that:

“The total world budget for global aid accounted for only one-third of basic global needs in areas such as education, general health, HIV-AIDS, water treatment and sanitation. This leaves a sizeable gap. The need is not diminishing, nor can our support. It is the Australian thing to do.”

Morrison went further. He went on to characterise the challenge of addressing poverty in Rudd-like terms, “a true moral crisis that eclipses all others”, and one deserving of our attention and efforts, both at the level of government and the individual household…

Morrison’s first budget cut Australia’s foreign aid program by 7.5 per cent in real terms, reducing aid to its lowest level in history as a proportion of government spending.

Following the 2017 budget, he made comments that he looks forward to a day when Australia can afford to be more generous with foreign aid.

We know little of new Treasurer, and Deputy Liberal Leader, Josh Frydenberg’s views on aid and development. However when challenged on the aid cuts on an episode of Q&A in 2017, he argued Australia was doing more with less, the government line at the time.

“[T]he barometer has to be not necessarily the dollar sign, but how far is that money going? What is actually occurring in those countries? And some of the results are very positive.”

He has flagged the importance of PNG in a 2014 speech to the Australian Institute of International Affairs. He backed up the controversial comments on Chinese aid in the Pacific made by Concetta Fierravanti-Wells (CFW) earlier this year.

Formerly Defence Minister, Senator Marise Payne’s appointment was at the recommendation of departing Foreign Minister Julie Bishop. Like Bishop, Payne is a moderate, and throughout her political career she has demonstrated interest in international development and human rights issues.

Payne comes to the role with some experience on issues related to development. She served a Shadow Parliamentary Secretary for Foreign Affairs (2007–2008) and International Development Assistance (2008–2009). She has also served on the Joint Standing Committee on Foreign Affairs, Defence and Trade nearly continuously since 1999.

Senator Payne has been significantly involved in the women, peace and security agenda, and is a self-declared feminist. She has spoken out on racism, the Stolen Generations, and family violence.

The former position of Minister for International Development and the Pacific has now become an Assistant Minister position – equivalent to the position of Parliamentary Secretary, a return to the level the role was at in the Abbott ministry and previous governments. And the role has been given to Senator Anne Ruston, who has had very little to do with the international space previously. Senator Ruston has had some involvement in Pacific fisheries meetings through her Assistant Minister position in agriculture and water resources. Her views on aid and development are difficult to discern from anything on the public record. A former rose farmer, she may have some interest in the Seasonal Worker Programme though?

What happened to Senator CFW, the old Minister for International Development and the Pacific, you may ask? A supporter of failed Prime Ministerial challenger Peter Dutton, CFW resigned her Ministerial post with a fiery letter that she shared on social media. Though Tonga’s recent pleas to Beijing for debt relief may have vindicated her earlier voicing of concern regarding mounting Chinese debt burdens in the Pacific, s­­he has not received a spot in the inner or outer ministries.

So this is the new line up. From Marise Payne we can expect to see a similar approach to Julie Bishop. And the new PM is broadly supportive of aid. The Assistant Minister is brand new to this space.

An election needs to occur by mid-May 2019, and the government will go into caretaker mode once an election has been called. It is unlikely that we will see much policy change or ability to influence from these new appointees in the short time period available to them. But some stability is probably a good idea at this point, frankly!