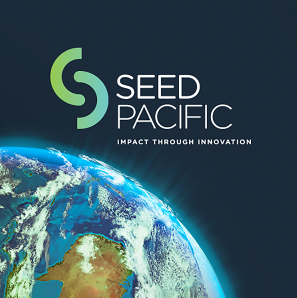 After an 18-month hiatus, Australia’s aid program will again contain an enterprise challenge fund for the neighbourhood. Foreign minister Julie Bishop announced the ‘SEED Pacific’ program during the launch of DFAT’s innovation hub, the innovationXchange. The SEED Pacific initiative basically aims to foster the establishment of developmentally beneficial partnerships between larger, international business enterprises and local organisations in Pacific island countries. In Bishop’s own words, the initiative will,

… work with global businesses that will show leadership and innovation in the Pacific. We will design a model that will broker and support the most promising partnerships between businesses and social enterprises, academia and civil society from across the region. These partnerships will develop business models that bring ideas, new products and new solutions to the Pacific that, while making profit, have a significant development impact.

The announcement of SEED Pacific broadly fulfils a commitment Bishop made when in opposition, which was to continue the Enterprise Challenge Fund for the Pacific and Southeast Asia (ECF-PSA), a Howard-era program which was maintained under subsequent Labor governments and expired in October 2013. It should be noted though that SEED Pacific’s parentage has gone strangely unacknowledged and that the ECF-PSA concept has undergone a sea change, potentially for the better.

With funding of $20 million over the three years to mid-2018, not including overheads, SEED Pacific is well over double the size of the ECF-PSA. The latter spent about $20 million over six years, including sizeable overheads. Moreover, SEED Pacific’s geographic scope is more circumscribed and, unlike the ECF-PSA, it eschews a standalone local SME development objective and will confine its attention to pairing medium-sized and large businesses with local partners for mutual benefit.

In general terms, SEED Pacific’s approach has much to recommend it, and is in line with a view that Devpolicy put last year, namely that enterprise challenge funds need to be very clear about their basic purpose. Either they seek to promote local enterprise development, or they seek to enhance the development impact of established, mostly multinational business operations. Obviously, doing the latter often helps to do the former, but these two objectives are very different and require different approaches and instruments.

The ECF-PSA tried to pursue both of the above objectives at the same time. It devoted most of its money and effort to local enterprise development but in the end was only judged to have delivered a positive return on investment across its whole portfolio thanks to a single investment in an ANZ Banking Corporation mobile money initiative in Cambodia (which, despite its success, came to be perceived as inconsistent with ANZ’s business strategy and was sold off). One would expect in most cases that the development impact of a single successful engagement with a multinational corporation would exceed that of multiple successful SME development activities. SEED Pacific’s focus on larger businesses, therefore, is welcome.

Also welcome is the fact that SEED Pacific constitutes, in one geographic area at least, a framework for dealing with business in the aid program. Provided it operates with a reasonable degree of transparency and contestability, it represents a better approach than the alternative critiqued here, under which the government enters serially into vaguely specified partnerships with individual firms.

However, SEED Pacific as currently conceived is quite a muddle. Granted the program has not yet been designed, and all we have to go on is a quite brief and breathy Request for Tender document (which refers to the initiative under the superseded title, the ‘Pacific Innovation Initiative’). There is fortunately a good deal of time—DFAT is allowing six months for the detailed design of the initiative to be ‘co-created’ through consultation between an initiative managing agent and a DFAT internal working group—for the ideas underlying the initiative to be sharpened up, and also for its design and implementation arrangements to be streamlined.

On the ideas front, there are several problems.

If any one of the above points is of over-riding importance, it is the one about grant-making. The ECF-PSA only made two grants to big businesses, one to ANZ and one to Carnival Cruises. These were comparatively small grants and they tended to be obscured by the larger number of activities that were pitched more at the level of village enterprises. (In her past praise of the ECF-PSA, Bishop focused on activities of the latter type.) Nevertheless, these grants to businesses did attract some critical scrutiny from parliamentarians and others, who wondered what need these companies had for aid money.

In the case of SEED Pacific, possibly every grant will be of this nature—a grant to a big or biggish business—and will certainly be substantially larger on average than those provided under the ECF-PSA. Given this, it will be very important for DFAT, and Bishop, to be able to communicate a clear rationale for the provision of grants. Approximately, that rationale is that the grants ultimately benefit those who engage with a firm, by readying them to participate in its supply chain (as consumers, workers, suppliers or distributors) and thus making it easier for the firm to alter its business model to include them. The firm might or might not be the fund-holder—that is a practical choice—but it should not be cast as the beneficiary.

There are also one or two problems on the SEED Pacific design and implementation front.

In sum, the numerous concepts and processes currently adorning and obscuring the core of SEED Pacific could do with a drastic rationalisation, but the basic idea is good. Let’s hope the basic idea prevails in the final design.

Robin Davies is the Associate Director of the Development Policy Centre