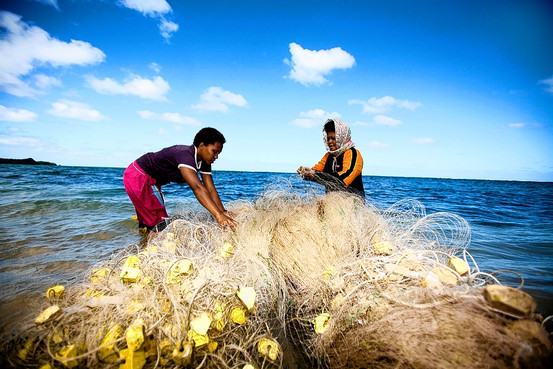 The positive news is that the Fijian economy seems to be have made a sustained recovery since 2011 after the impact of the economic fallout from the December 2006 coup. However, as we discuss in the latest Development Policy Centre Discussion Paper, the recovery may not be as much as what is being forecast by the Reserve Bank of Fiji. The annual growth rate of GDP is forecast to grow by 3.2 percent this year, after recording an average annual growth rate of just 0.5 percent for the period 2007-2012. This period includes two bouts of contractions in output in 2007 and 2009 equal to 0.9 percent and 1.3 percent respectively. While some of the contributing factors to this period of negative and low growth could also be attributed to the spike in food and fuel prices in 2008, and the global economic crisis in 2009, the major contributor has been the static, as well as the dynamic, consequences of the 2006 coup. Therefore, it is too early to rejoice the last three years of modest recovery as much more in terms of structural reform, policy-reorientation and restoration of macroeconomic confidence in the economy will be needed to sustain economic recovery and move beyond a 3 percent growth rate in the economy.

A lot also hinges on the political situation leading up to the national elections in 2014. Credible national elections and a stable political climate are important for future economic performance and sustaining growth in the long-term. In addition, the performance of the Fijian civil service will have to improve significantly for the achievement of sustained economic growth. The efficient delivery of services to the public generally and to businesses will determine if Fiji will be able to implement effective policies in the future and raise productivity growth. The rot in the civil service began after 1987 and has continued in the last 26 years. Despite the good efforts by the Bainimarama government, the civil service continues to be riddled with a culture of mediocrity and appointments and promotions are still based on ethnic, and sometimes provincial, considerations.

Additionally, ensuring strong and stable consumption by raising household incomes to sustain growth should be a priority, alongside greater incentives to promote investments in agriculture and services, and reforms for the increased efficiency of investments.

Greater macroeconomic stability and an improving business environment will also be important for creating a solid base for medium-term economic growth. The forecast for 2013 is strongly dependent upon how much new foreign investment is realised and how the real sectors, such as the sugar industry, perform as per expectations. Given the performance of the real sectors such as agriculture and manufacturing, and less than expected visitor arrivals in the first quarter of the year, the revised forecast of a 3.2 percent growth rate is overly optimistic. It would have been reasonable if the government had stuck to the original forecast of 2.7 percent.

The government should continue with its structural reforms and further liberalise the telecommunications market. There is further room to bring down the cost of telecommunication and mobile charges generally. This would help boost the services sector and we could attract more and better back office operations in Fiji. The government’s policy of rejuvenating the agricultural sector and its focus on food security is commendable. There are tangible steps that it has taken to do that. However, it should not deviate from the overall thrust of its economic policy, which emphasises an export-oriented growth strategy. The government should carefully analyse the comparative advantages we have in different sectors, such as agriculture and services, and promote those as export sectors. The policy of import substitution has not worked in Fiji in the past and is unlikely to work in the future. Therefore, it is imperative that government does not focus on import-substitution (like it has done in the dairy industry). For agriculture, the investment should be in infrastructure, strengthening and extending technical assistance and research services for farmers, and where appropriate it should target input subsidies for incentivising farmers.

There has been a massive reduction in poverty around the world in the last decade. However, the same cannot be said for Fiji. The rate of poverty at independence in 1970 was 7 percent. Since then it has increased almost fourfold and currently stands at around 32 percent. Both the incidence and the severity of poverty increased between the three Household Income and Expenditure Surveys (HIES); with levels of 15 percent in 1977, 25 percent in 1990-1991, and 34 percent in 2002-2003. Results from the 2008-2009 survey show that poverty has slightly decreased but is still above 30 percent. Desegregating poverty changes into rural and urban areas shows that while there is a reduction in urban poverty from 28 percent to 19 percent between the two surveys, rural poverty has increased from 40 percent to 43 percent.

Given the level of economic growth since 2008, depressed wages and salaries, high inflation due to global fuel and food prices, lack of employment creation in the formal sector and devaluation, the impact on poverty is likely to be higher. Based on this, it would not be an exaggeration to state that the poverty level in Fiji is now around 40 percent. In fact, some unofficial estimates put the poverty level at about 45 percent, and it could be reaching 50 percent.

The exuberance about the short-term modest sustained growth is good news. However, it will take much more in terms of structural reforms, consistent and transparent government policies and increased confidence through transparent progress toward the 2014 election to address the problem of poverty and achieve long-term economic growth.

Neelesh Gounder
Neelesh Gounder is Senior Lecturer in economics and Deputy Head of School (Research), School of Accounting Finance and Economics at the University of the South Pacific, Suva. He is also a centre associate with the Development Policy Centre.