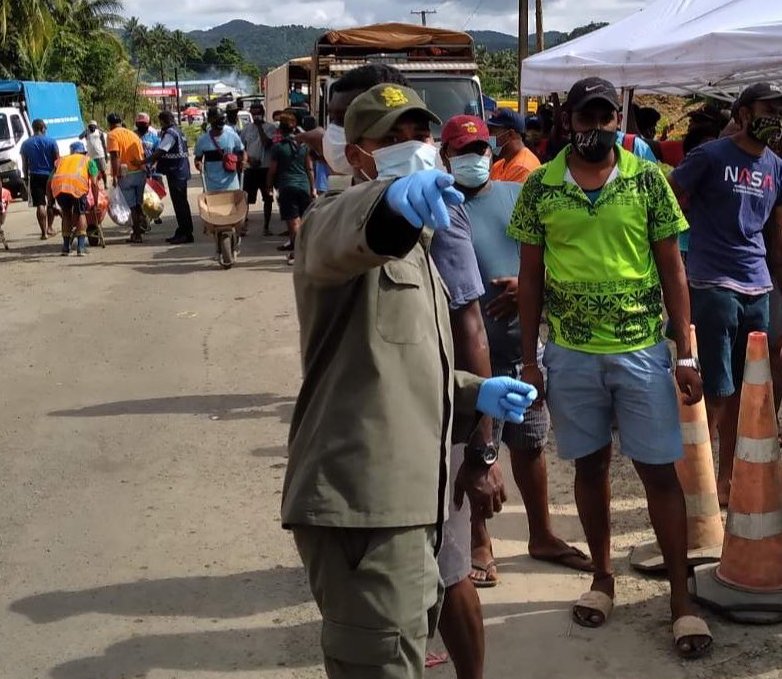 The extremely contagious Delta variant of COVID-19 is currently running amok in Fiji’s capital, Suva. Virtually all suburbs are affected in the Suva-Nausori-Lami area with some obviously more seriously than others, and there is a trend of the disease spreading to other parts of Viti Levu. It may have reached Vanua Levu.

In this article, I will first identify those responsible for this debacle, then categorise the victims of the pandemic followed by suggestions for getting out of the disaster we are now in.

The Delta variant arrived in Fiji at Nadi International Airport carried by one of two travellers who came from India where this strain of the virus was at its devastating peak. Unfortunately, laxity and indiscipline by one or two frontline persons resulted in the spread of the virus in the west.

Unlike in March 2020, the authorities responsible failed to take adequate preventive containment measures, and the virus was carried to Suva by persons who attended a funeral in Tavakubu, Lautoka, and one or two military personnel.

While the initial actions of the Ministry of Health led by Dr James Fong’s team proved effective in confining the epidemic in certain locations, further indiscipline by close to 100 navy officers who attended a funeral in Nausori in groups of 20 significantly increased infections.

The Prime Minister and Minister for Economy’s decision to allow a good number of businesses and factories to stay open further escalated the number of infections.

Surprisingly, frontline workers including Colonial War Memorial Hospital (CWMH) staff, police and military personnel who are expected to be most mindful of protocols and to be furnished with PPEs were among the increasing number of infected people.

Despite so many appeals to the government to impose a lockdown, including by all opposition political parties, civil society organisations and the Nadi Chamber of Commerce, it has not. The horrendous increase in viral infections and related deaths is the result.

Substantial responsibility also lies with citizens who have ignored the many public health announcements providing clear guidelines to prevent infections from spreading. Besides disregarding social distancing and mask wearing, it has been astonishing that so many individuals are being arrested at ‘drinking parties’ where kava and alcohol are consumed. Social gatherings such as birthday parties and funerals have also contributed to rocketing numbers.

Some of our people habitually spit just about everywhere; this must stop.

Another significant but less direct contributor to the spread of the virus has been the influence of anti-vaxxers who have used social media to share fake news and conspiracy theories and generate fear and distrust among people who rely on social media for information and news.

From the Ministry of Health and media reports of localities of interest with high numbers of infected persons, and information on those who have died, their age and sex, it is possible to make some tentative observations on who have been the main victims of this second wave of viral infections.

The majority of infections have occurred in crowded low-income housing locations, urban and peri-urban villages, and informal settlements. The people living in these localities desperately need to work, and many are frontline workers (for instance as employees of supermarkets) who use public transport. Some live in homes without separate bedrooms making social distancing and self-isolation near impossible.

In these areas, there have also been a good number of breaches of the restrictions associated with preventing the virus from spreading as mentioned earlier.

Unfortunately, besides the socio-economic or class dimension, there is an ethnic and age dimension relating to infected persons and deaths. The majority of those infected and who have died are indigenous Fijians (iTaukei), and a large proportion of deaths are among older persons between 60 and 90 years of age.

iTaukei not only form the majority population of the Suva-Nausori-Lami area but also inhabit in greater numbers some of the places with the highest rates of infections.

For elderly positive cases and deaths, questions need to be asked whether their younger relatives and neighbours paid adequate attention to their vulnerability and adhered to social distancing protocols.

Although civil society organisations, especially the CSO Alliance for COVID-19 Humanitarian Response, together with groups of individuals (like Allen Lockington and Rajnesh Lingam) and several businesses have been providing assistance to those in need, they are being overwhelmed.

As elsewhere in the world (Brazil, India and United States) our health infrastructure is on the verge of collapsing. There are numerous issues about whether there are sufficient numbers of doctors and nurses, beds and bedding materials, medical equipment, drugs, and even food. Medical personnel like other frontline workers are likely to be working long hours and fatigued.

The Suva CWMH mortuary is full to capacity. Will we soon be using refrigerated trucks to store the bodies of those who die?

The government is relying on the AstraZeneca vaccination as its primary mode of preventing and controlling COVID-19. The roll-out of the vaccine by the Ministry of Health supported by the military is efficient and impressive.

However, more is needed given the escalating numbers of infected persons, and increasing number of deaths.

To address the present national crisis, which is more serious than any category 5 cyclone we have experienced, requires a clear plan of action, which should include the following:

1. An immediate two-week lockdown with possible extensions on a week-by-week basis. The foolish idea of opening gyms, restaurants, food halls and barber shops must be stopped. The advice of the Ministry of Health team should be listened to, and not bent to suit business or economic interests.

2. Our doctors and nurses and ancillary health workers have to be equipped with full protective gear. If we do not have supplies, we should ask for aid from our donors.

3. It is vital that all other frontline workers – all those who are required to work in essential services – are fully informed about how infectious the virus is, and their responsibility to exercise all precautions and discipline.

4. The government must take up the offer of opposition party leaders and civil society organisations including faith-based organisations to work together to deal with the pandemic. This is no time to continue the blame game. We have a national emergency and we need an urgent national effort with all hands on deck.

6. A national emergency fund should be set up to provide humanitarian assistance to the people most affected by the pandemic, as well as to support health services.

7. Government Ministers and senior public servants should be the first to contribute to this fund by agreeing to a pay cut of 20% for six months as did Prime Minister Jacinda Ardern and her cabinet members and CEOs in April 2020.

The spiralling increase of the COVID-19 Delta variant is akin to a severe category 5 tropical cyclone in terms of its impact on people’s lives and livelihoods. It is incumbent on government to take an all-of-government, all-of-society approach. Together we can combat the biggest challenge that the country has faced in a hundred years.

Our bilateral partners, particularly Australia and New Zealand, and our multilateral partners including the World Health Organization and other UN agencies together with our relatives and friends in the Fiji diaspora are reaching out with helping hands. This should give us the confidence and the extra resources to overcome this scourge.

This is an edited version of an article originally published in The Fiji Times.

The views expressed in this article are those of the author only.

Vijay Naidu
Vijay Naidu has served at the University of the South Pacific (USP) in various senior capacities including as Professor of Development Studies. He is currently an Adjunct Professor in the USP School of Law and Social Sciences.