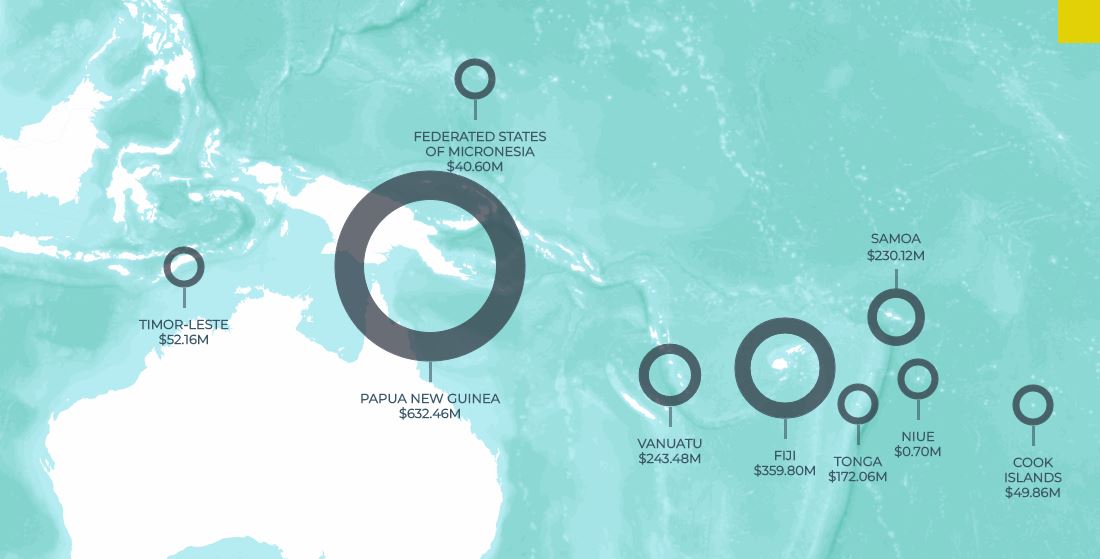 Factoring the Pacific into Australia’s approach to China

The China-in-the-Pacific dilemma has once again hit the headlines in Australia, this time with a proposed naval base in Vanuatu. It was promptly rejected by the Vanuatu government, but the likelihood of having Chinese military hardware on a long-term basis in the Pacific has raised significant discussion on the strategic implications for Australia and its allies.

Australia has long maintained a well-established and enduring relationship with the people of the Pacific. But China’s influence is undeniably increasing. Its investment in soft power in particular has been a success, not only in economic terms but also in the lives of ordinary people. Chinese infrastructure projects, while not always successful, have enabled access to government services, giving people a sense of modernity and development. China’s growing diaspora in the Pacific is also increasingly active in community engagements and maintain a close influence on local politics.

Australia believes, as part of its strategic policy, that a secure Pacific means a secure Australia. China’s emergence in the Pacific is seen by some as a threat to this state of order.

Recent rhetoric in Australia seems to be aimed towards pressuring Canberra to deepen its engagement with the Pacific as a way of countering China and projecting Australia as a partner of choice for the Pacific countries. But these approaches are not new, considering Australia’s extensive awareness of China’s influence in the region. Australia’s interest in the Pacific has varied over the years, but the Chinese question – at least in the last two decades – has been a cornerstone of Australia’s strategic policy.

Unlike in the past, Pacific leaders are increasingly assertive and well-informed of the geopolitical nuances currently at play in the region. They have intelligent military and political advisors dedicated to consolidating their sovereignty and exploiting the current geopolitical tussle, while acutely sensitive to any sign of bullying or cohesion.

Australia was traditionally a leader in the Pacific, but this has been reconfigured. China sees past Australia to the United States as the force to be reckoned with in the region, and that is apparent to Pacific leaders. Australia’s prestige and influence is declining in this new regional order, although it still maintains a strong influence on the people’s ‘hearts and minds.’ In the Embarrassed Colonist, Sean Dorney refers to the lack of Pacific content in Australia’s public consciousness as an important reminder of the disconnect between modern Australia and the people of the Pacific.

Australia needs to consider these close historic and political relations when contemplating the appropriate approach to the Chinese question. Australia is not alone in its anxiety over China’s influence. The people of the Pacific are also wary of China, as its system of government, business model and institutions are at odds with their democratic society. Chinese business influence has resulted in violence in the past. China is aware of these sensitivities.

Within this context, Australia is not an outsider. The important question for Australia, then, is not how Australia can secure its interests in the Pacific, but how Australia’s position can secure Pacific interests in the Pacific and beyond. This approach will require Australia to be genuine and make some sacrifices. Pacific leaders will honour Australia’s sacrifice if they see it. If this approach is appropriately framed, it will bolster the rule-based regional order Australia intends to create, as well as restore respect of Australia.

Such respect is likely to be followed by appropriate compromises among Pacific leaders, who would be satisfied that Australia has done all it could to secure Pacific interests in regional and global platforms on issues pertinent to the Pacific, such as climate change, good governance, infrastructure development, trade, etc. Foreign relations are about giving as well as taking, and Australia must be prepared to give the Pacific its proper place of importance if Australia is to receive good tidings from the Pacific in return.

Otherwise, this anxiety about China in the Pacific is likely to continue, as Pacific countries, feeling restless and neglected, search for new allies.