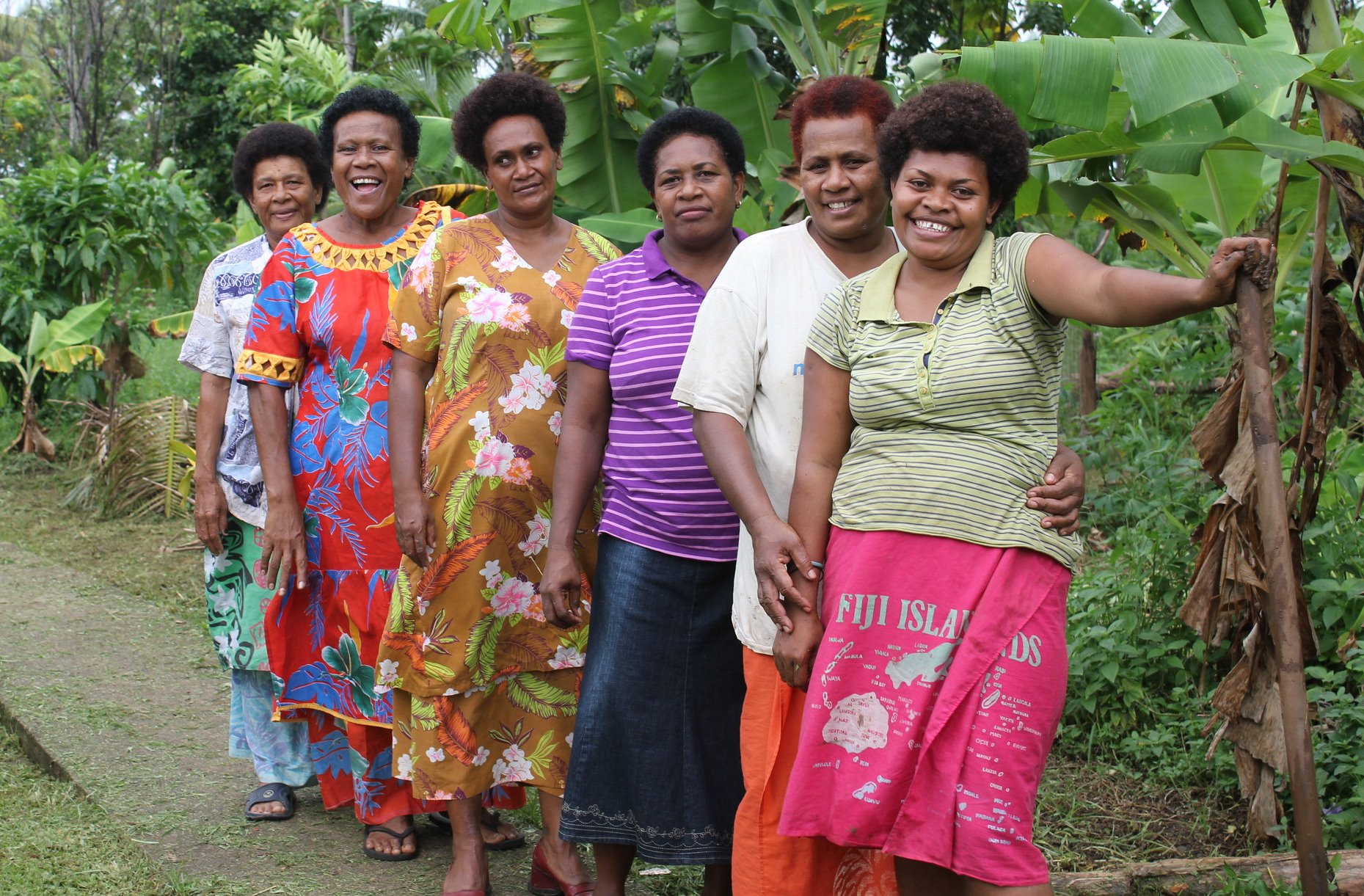 According to OECD data, the share of Australian aid devoted to empowering women started to fall in 2016. By 2019 it had dropped to an all-time low.

The decline looks worrying. Focusing aid directly on empowering women, or at least ensuring attention is paid to gender when aid projects are designed and delivered, is an important aspect of good development work.

The decline seems odd too. Julie Bishop was Foreign Minister for most of the slide, and she was clearly supportive of using aid to empower women. Marise Payne, who followed Bishop and who presided over the final year of the fall, wasn’t as forthright about her desire for a gender focus, but she never displayed any opposition to it either.

If you stare long enough at the data you can come up with partial explanations. Aid with a gender focus appears to have been spared in the first round of the Abbott and Hockey cuts, but this protection ceased within a year. That explains some of the rise in aid for women’s empowerment as a share of total aid in 2016, and some of its fall the next year. It doesn’t explain the rest of the decline though.

The good news is that the remaining fall doesn’t appear to have stemmed from the Australian aid program turning its back on women. As best I can tell, most of the slide is a result of something much more mundane. In late 2016, the OECD’s Development Assistance Committee (DAC) released more rigorous criteria that it recommended donors use when reporting on gender. The Australian aid program adopted the criteria for its OECD reporting in 2017. This was to the aid program’s credit (the criteria were only voluntary), but the more rigorous criteria led to less aid qualifying as having a gender focus.

I say “as best I can tell”, because I can’t be certain the change in reporting criteria explains the fall: the aid program has never explicitly said as much. However, last week I subjected myself to the painful task of extracting individual project data from the OECD DAC’s Creditor Reporting System database and then trying to track the gender scores for individual projects over time. This was an imperfect exercise, but still useful. It revealed a significant number of projects had their gender score downgraded in Australia’s OECD reporting around the time the new criteria were introduced. This is what you’d expect if the overall trend did indeed stem from changed reporting protocols.

Also, if Australian aid really had veered away from projects relevant to the empowerment of women since 2016, we would presumably have seen some evidence of that in DFAT’s own performance reporting and annual reports, which also show progress against a gender marker. This reporting uses DFAT’s unique gender measure: the share of projects that “effectively address gender issues in their implementation”. But although the measure is different, the underlying concept – gender – should influence both DFAT and OECD scores. Yet, as you can see in the next chart, there’s no sign of change in DFAT’s own reporting. Its gender measure trundles along, bobbing up and down around the long-run average. 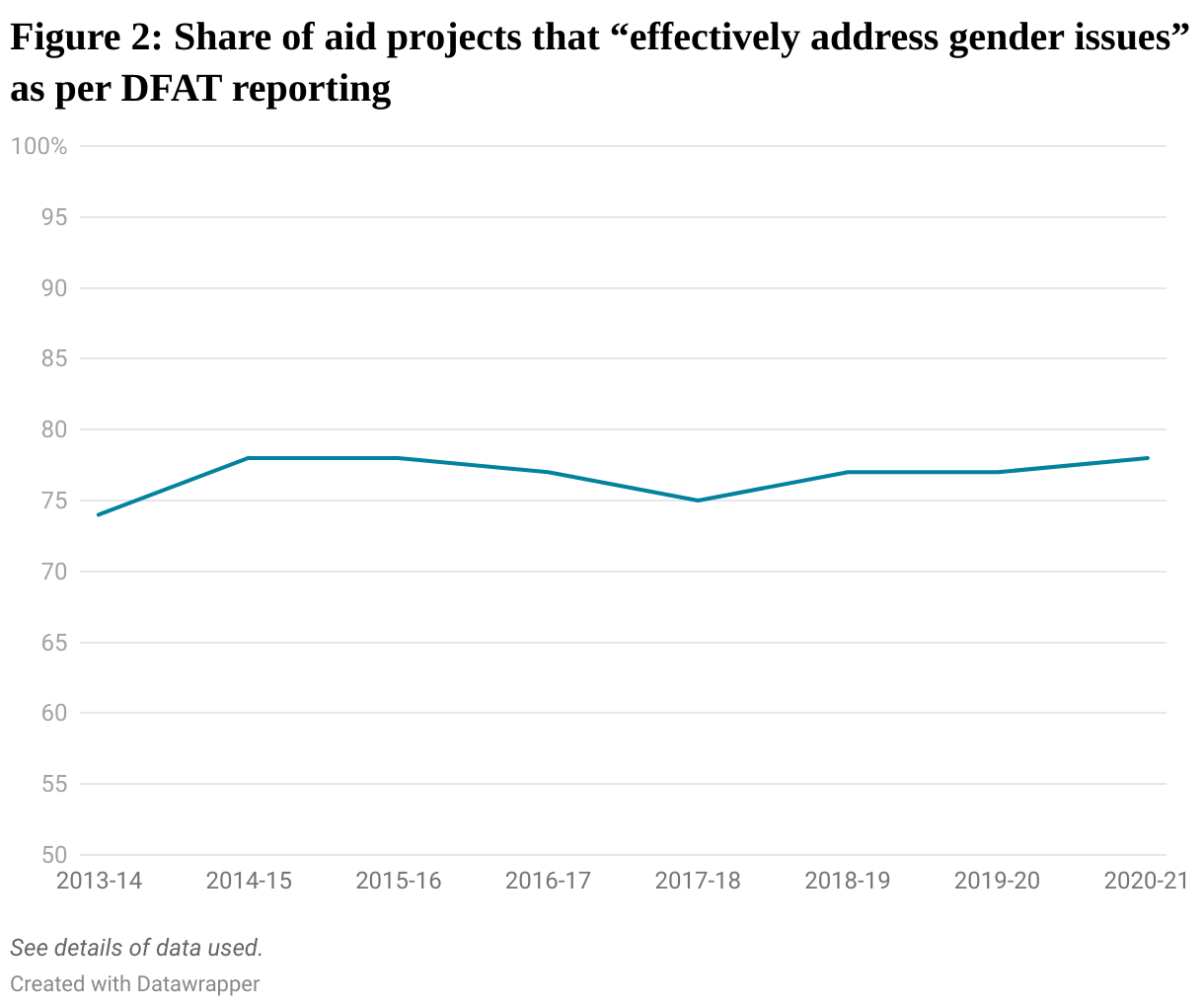 So there you have it. Australian reporting to the OECD appears to show that the gender focus of Australian aid fell rapidly post-2016. The good news is that it hasn’t. The apparent fall is merely a product of the aid program adopting best practice when it reports to the OECD.

It’s a happy finding, but there’s still a worrying underlying issue. The non-existent “fall” in Australian gender aid is a good example of how the seemingly hard numbers that emerge from donors’ aid reporting actually come from processes that allow a lot of room for interpretation. Thanks to the presence of guidelines, and Australia’s willingness to follow them, Australian aid reporting on gender to the OECD has improved. But uncertainties remain in other areas such as climate finance, and quite possibly DFAT’s own performance reporting, which doesn’t benefit from international guidelines. What’s more, the Australian aid program isn’t the only donor to suffer from issues of this nature. Indeed, while Australia adopted the OECD’s 2016 gender guidelines, it’s impossible to tell which other donors, if any, did the same.

In coming years, thanks to everything from climate commitments to the Sustainable Development Goals, the quality of aid data is going to become more and more important. Donors will have to be transparent and follow clear guidelines when producing it. If they don’t, advocates and analysts will need to remember to watch very carefully for the devils lurking in the details of the aid data they use.