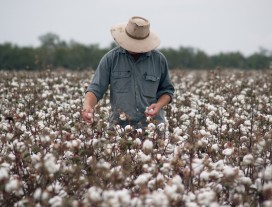 By Jesse Doyle and Stephen Howes

Almost a year on from the Government’s expansion of the Seasonal Worker Program (SWP) from horticulture into four new trial sectors, participation numbers remain disappointing. The SWP was extended to the aquaculture, cane, cotton and accommodation industries at the beginning of July last year.

The pilot for the new trial sectors is over three years with a total cap for that period of 1,550 places. As at the start of June this year, there have been 14 workers that have arrived to work in the accommodation industry, two in cotton and none in the aquaculture or sugar cane industries. This signals very little interest from accommodation (where the trial actually commenced in Broome September 2011) and virtually zero from the other sectors, almost a year on.

Why? Industry specific and general factors

These slow moving participation rates can be attributed to a number of factors, some industry-specific and some at a more general level. We asked industry representatives to get their perspectives.

According to Brian Jeffries of the National Aquaculture Council, the lack of uptake in aquaculture is in no small part due to a program restriction that prohibits SWP workers from spending the night on boats at sea. “This means that they can’t go fishing, which is one of the Pacific islanders strengths… not being able to stay overnight anywhere out on the water was definitely a disincentive for us.” The recent collapse of a local company in the aquaculture industry has also released a flood of qualified Australians onto the market, dampening demand for SWP workers.

In the sugar cane industry the planting and harvest periods are highly dependent on uncontrollable variables such as rainfall. The rigidity of the SWP program has therefore proven to be off-putting according to Australian Cane Farmers Association general manager Stephen Ryan: “At present the lack of flexibility in the program is a large deterrent for taking on seasonal workers.”

Another important factor has been fluctuations in the mining industry, which releases Australians that are qualified to participate in the cane harvest. According to Suzi Moore of CANEGROWERS (the peak body for Australian cane farmers), this is a recent development: “The situation is vastly different for sugar cane labour than it was 12 months ago. Our offices have been reporting no issues getting labour now that the downturn in the mining industry has seen skilled staff returning to look for work”.

In the cotton industry the suitability of the program is an issue according to Angela Bradburn of Cotton Australia. “The thing we keep telling the department is that cotton is a very sophisticated industry on the farms. We don’t have much manual labour as it’s a highly mechanized industry. The fit of the Seasonal Worker Program is at that low-skilled level at this stage.”

The Accommodation Association of Australia was unavailable for comment.

At a more general level, the low take-up in the new trial sectors can be attributed to several factors that also impact the SWP in the horticultural sector. Many of these were highlighted in a survey undertaken by Stephen Howes and Danielle Hay in 2011 [link] including the lack of an aggregate labour shortage due to the presence of backpackers and excessive red tape. Additional factors include the geographical restrictions imposed on the SWP in the trial sectors, and according to industry representatives, the availability of 457 visas (despite the fact that this visa is targeted at a different skill level).

At present, several of the new trial sectors rely heavily on the use of backpackers to fulfill seasonal labour shortages. There are currently two Working Holiday Maker (WHM) programs, visa categories 417 and 462. As of the launch of the SWP into the new trial sectors there was a combined total [pdf] of 136,593 WHM visa holders in Australia. The appeal of these workers lies in their widespread availability to undertake seasonal work in the new trial sectors, their affordability and their flexibility.

As a part of the SWP, employers are required to pay a portion of their airfare as well as provide pastoral care and assist with finding accommodation.

According to Brian Jeffries, the difference in hourly wage rates in the aquaculture industry would be at least 20%. The SWP contractors currently quote a minimum of $30 an hour, whereas local workers are paid around $25 an hour. Jeffries says, “when you add that wage differential to the amount you’d pay for an airfare, it really starts to make a bit of a difference.”

The geographical restrictions imposed on the trial sectors in consultation with industry make sense for certain sectors, but not others. The boundaries  placed on the cotton and cane trials encompass the majority of the area where these crops are grown. However, the accommodation trial omits large segments of the country that still experience seasonal labour shortages.

The other factor mentioned by industry representatives was the use of 457 visas, which several of the new trial sectors currently take advantage of. Even though the SWP program is aimed at unskilled workers and the 457 at skilled workers, industry representatives in the aquaculture and cotton industries maintain that the two schemes could be used to employ workers in similar capacities.

Positive experiences of those who have used the scheme

Despite the low take-up, the response from those that have taken on SWP workers has been overwhelmingly positive.

The Cable Beach Club Resort in Broome was the first employer to take on SWP workers in the accommodation trial. They are currently employing fourteen Timorese workers. Human Resources Manager, Nicole Taylor, has praised them for their work ethic, initiative and ability to integrate into the community. “They’ve adapted really quickly and take on board all of the training that we have offered. As far as their integration, we were initially a little apprehensive with them coming from East Timor, but they’ve adapted pretty quickly to life here in Broome.”

The cotton industry’s experience with its two SWP workers has been similar. Angela Bradburn hopes that the positive experience the cotton growers have had with these workers in Condoblin, NSW will encourage higher participation rates in the sector. “They have found them to be extremely productive. Hopefully we can use these growers’ experiences to promote the program”.

The combination of positive accounts from participating employers and extremely low numbers on the pilot scheme mirrors the initial experience of the main Seasonal Worker Program in the horticultural sector. That part of the program experienced an extremely slow start over the duration of the pilot, with numbers falling well short of the 2,500 worker cap over four years. SWP uptake has improved somewhat with some 1,500 workers expected this financial year. However, these numbers are still small compared to New Zealand’s equivalent scheme, which attracts 7-8,000 per year.

The fit for cane and cotton just doesn’t seem to be there. Aquaculture could potentially be an employer if the restrictions on overnight trips were removed. Accommodation looks the most promising, with three other new accommodation providers signing on to become Approved Employers. But even there, 14 workers is hardly a vote of confidence.

Whether the SWP will be able to compete in any of these sectors with the much larger, cheaper and more flexible backpacker program remains in doubt. Perhaps if you can’t beat them, join them. Why don’t we open up the backpacker program to our Pacific neighbours?