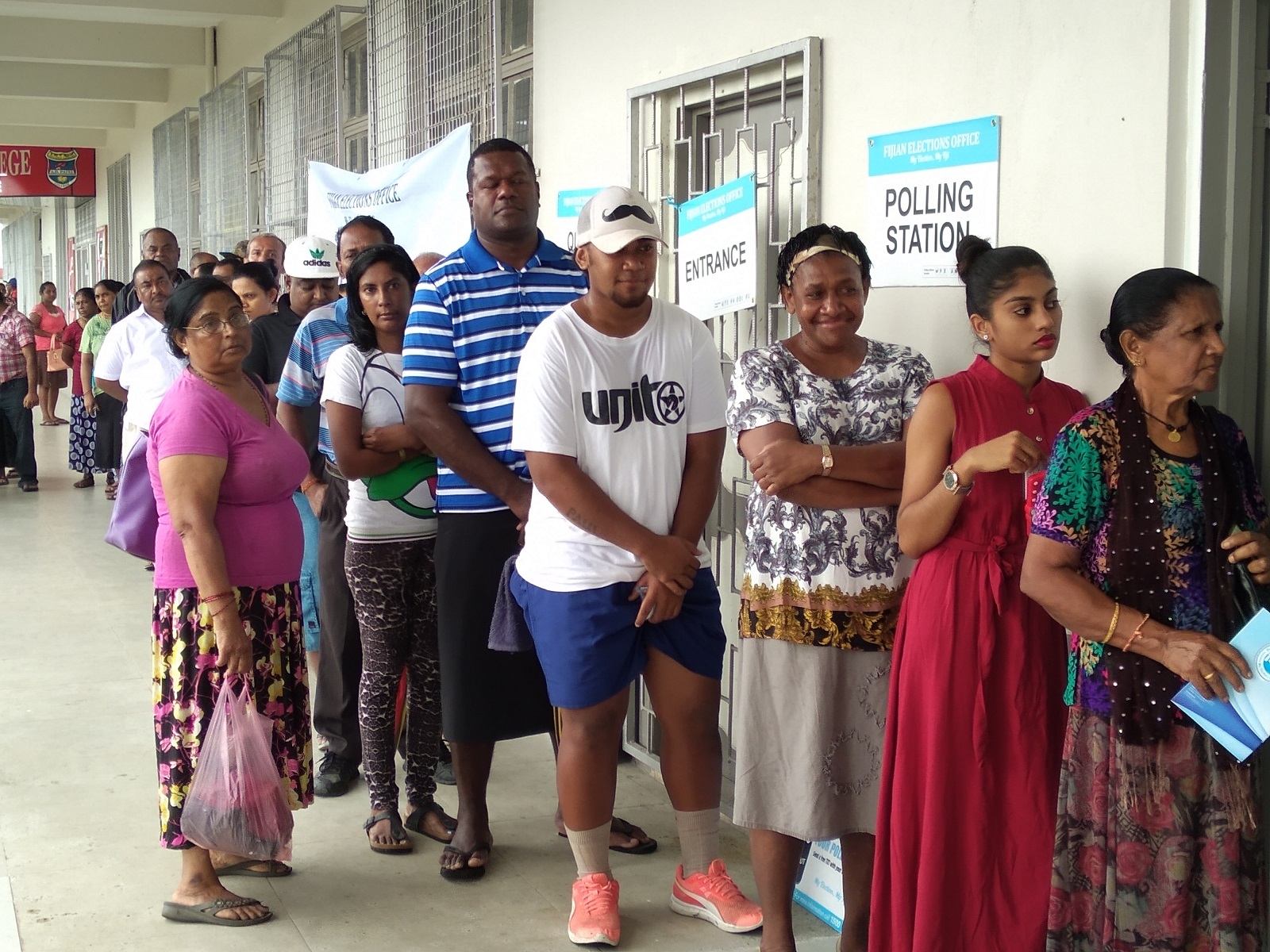 Authoritarian governments can easily overcome many challenges to their authority. Mocking laughter is altogether more difficult to combat.

The FijiFirst government of military coup leader Frank Bainimarama has just endured an entirely self-inflicted public relations disaster which has left them the target of derisive jokes on social media. This may ultimately prove corrosive to the government’s authority.

It began quite simply enough, with an attempt by opposition figures to serve an election petition on members of the government on Tuesday 12 December.

At this point, shenanigans ensued.

Both leaders, accompanied by bailiffs, say they were denied access to the Attorney General’s conference room on the ninth floor. The building elevator was also disabled so it couldn’t reach level nine.

Opposition members and bailiffs then began a highly publicised siege of the building which attracted massive social media attention, very little of it positive.

As the siege dragged into the night (and the next day, and the next night) bedding was brought into the building so ministers could get some sleep, and the mockery on Twitter and Facebook began.

It included a Facebook meme of a roadside sign reading: ‘It’s after 10pm – do you know where your government is?’ And one tweet asked: ‘What’s the allowance for the Ministers staying two nights in Suvavou House?’

That didn’t explain why several senior government figures were forced to cancel meetings that had been arranged previously, something gleefully pointed out on social media.

The sight of government ministers bailed up for two days in a building surrounded by opposition members attempting to serve legal papers on them in relation to the running of the election was unedifying to say the least.

It made FijiFirst appear weak and fearful, which is not something a government that boasts of its democratic legitimacy needs, especially after only just scraping back into power with 50 per cent of the vote.

Eventually it ended as farcically as it began, when the judge allowed the opposition to legally serve the government ministers the petitions by printing them in the media, and the cabinet finally left the building.

So the entire two day effort to avoid being served by hiding in the Attorney General’s conference room had in fact been for nothing!

The legal proceedings are ongoing, but the real damage to the image of FijiFirst as a strong, popular government with a mandate from the people has already been done. This may prove more dangerous in the long run than any electoral petition.

The largely humorous reaction to the incident on social media was in marked distinction to the mainstream media, which either cautiously reported the facts, leaving people to fill in the gaps themselves, or attempted to defend what transpired as a completely normal 48 hour strategic meeting with no Prime Minister or departmental representatives and a, uh, sleepover.

There are several extremely nasty and overtly racist social media accounts operated by Fijians which spread conspiratorial nonsense and fabricate ‘facts’ that the government has pointed to in the past as a good reason to introduce controls on Facebook and Twitter.

If the FijiFirst government does crack down on social media, it may ostensibly be to combat the genuinely offensive ‘fake news’ phenomenon, but it may in reality be an attempt to silence the sound of mocking laughter.

Bruce Hill
Bruce Hill is one of the region’s most experienced Pacific journalists, having joined Radio New Zealand International in 1993, and at ABC’s Pacific Beat program – based in Melbourne – from 2000 to 2018. He’s covered cyclones, civil wars, peace keeping operations, tsunamis, sorcery related violence and human rights issues across the Pacific Islands region for 25 years now, and has won several international awards for his journalism, including the Plain English Award from the UK Plain English Campaign.