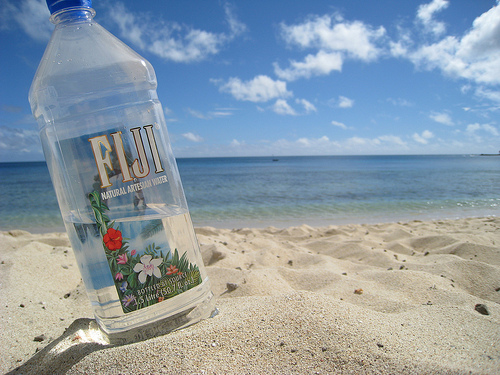 The Fijian economy has performed poorly for most of the last 25 years but we seem to have ignored the real reasons why we continue to fail as an economy. While we have made progress in terms of changing the thrust of our economic policy from an inward-looking strategy to an outward-looking export-oriented strategy for growth we have failed to create the political environment conducive to growth.

If one were to take a stock-take of the progress we have made in the last twenty five years there would not be much to show. In the 1970s the average growth of the economy was 5.5%; in the 1980s it was 1.9%; in the 1990s it was 3%; in 2000s average growth fell to 0.8% and in the last five it has been less than 1%. The economy grew at 2.1% in 2011 after two consecutive years of contraction. The medium-term outlook is not encouraging at all. Slower growth in our major trading partners, continued crisis in the Eurozone and the impact of the recent floods is going to further dampen our growth prospects. The growth forecast of 2.3% for 2012 will probably have to be revised down.

Clearly, the story for our economy is not a pleasing one. Some facts that lie behind this story are as follows:

1. The sugar industry is in serious decline. This is a reflection of the failed policies of successive governments, sugar farmer’s leaders and NLTB. The non-renewal of leases towards the end of the 1990s led to a major instability in the industry and we have not recovered from it. Today the industry is riddled with lack of farm labourers, poor mill performance and lack of interest from farmers to continue with sugar cane farming. Together with the sugarcane farming we managed to destroy other farming activities and the cohesion that existed between sugarcane farmers and those that were engaged in the non-sugar crop sectors. The agriculture sector as a whole has seen a continuous decline.

3. Our investment and export performance has been very poor over the last decade. According to estimates by ADB, since 2005 gross domestic investment has averaged around 13% of GDP. This is well below the usual 25% target that subsequent governments in Fiji since 1987 have wished for but which none have achieved.  The most worrying trend about investment is that the ratio of private investment to GDP continued to decline over the last 10 years.  According to ADB it  declined from an average of 11.3% in 2000-2005 to 7.5% in 2006-2010 and, worse still, it was only 2% in 2011 (the Reserve Bank of Fiji figure is 4%). The real question is why this is so.

We have to acknowledge that the Bainimarama government has delivered changes in some areas which have been useful for the economy. The deregulation of the telecommunication industry is a very good example. However, there have been numerous decrees which have created new layers of regulations and bureaucracy. This has not only led to an increase in the cost of doing business but has also created uncertainty and lack of confidence. We have to guard against overregulation in the economy.

In the last five years, the government has come up with some innovative incentive schemes to attract foreign investment. However, the investment level has not gone up. The main reason incentives have not worked is because there is lack of confidence in the economy. There is a clear relationship between the rule of law, confidence and economic growth. We all know that growth requires investment and spending in an economy. People will invest when they are confident the economy will grow and their investment is safe. Consumers will spend (to improve their living standards) if they are confident that the economy will sustain them (continued employment, future growth in their earnings) – otherwise they will save and thus the vicious cycle (no spending, no growth, no spending…) begins.

Fiji’s past history has shown that the economy performed well when we had periods of political stability. This is why from the point of view of investment and spending, the start of the Constitutional Consultation process and the progress towards the election in 2014 can be a major boost to confidence in the country. Fiji must not miss this opportunity as this could define the future of the country beyond 2014. That is why it is absolutely vital that the Constitutional Consultation process must have an inclusive, transparent and open mechanism to arrive at a new Constitution. Only this can guarantee confidence and progress for us economically.

We have a huge confidence deficit in this country. This goes back to 1987 and it will take years for us as a country to reduce that. While the Bainimarama government must be given credit for articulating equal citizenship and the principle of non-discrimination, it must not ignore what is happening on the ground especially in the civil service and statutory organizations where appointments continue to be made on a racial and provincial basis. The Constitutional Consultation process allows us a good opportunity to build that national confidence and an expectation of a better Fiji. This expectation of a better future will itself be a huge boost for our citizens who may be thinking of leaving, and our investors who are thinking of moving their investments to other countries, to stay back, live, and invest in Fiji. A country cannot progress if its citizens are constantly faced with an uncertain environment, when its people are always thinking of migrating. Fiji has the potential to turn all this around and achieve prosperity if we take note of these issues and do something about it. Coming together as a country once again to work out the next Constitution of Fiji in an inclusive, open and transparent manner may be the beginning of the end of our chronic political and economic problems.

Biman Prasad is Professor of Economics at the University of the South Pacific. This is an abridged version of a speech given to the Fiji Fuel Retailers Association Annual General Meeting, Wednesday, 23 May, 2012.