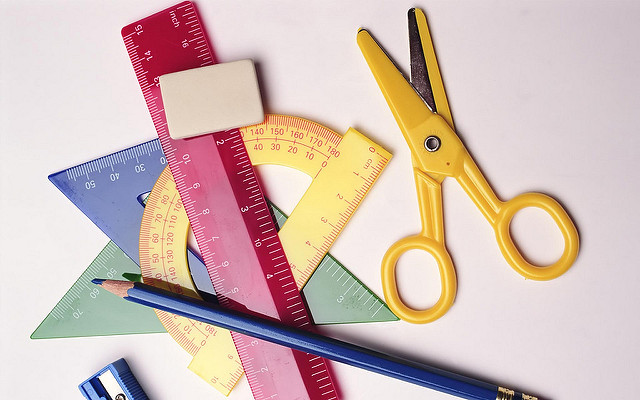 Many have commented on the stubbornly low number of Pacific islanders coming to Australia. The tiny number of Papua New Guineans is particularly egregious even by Pacific standards. There are more people of Samoan descent in Australia than there are of PNG descent. 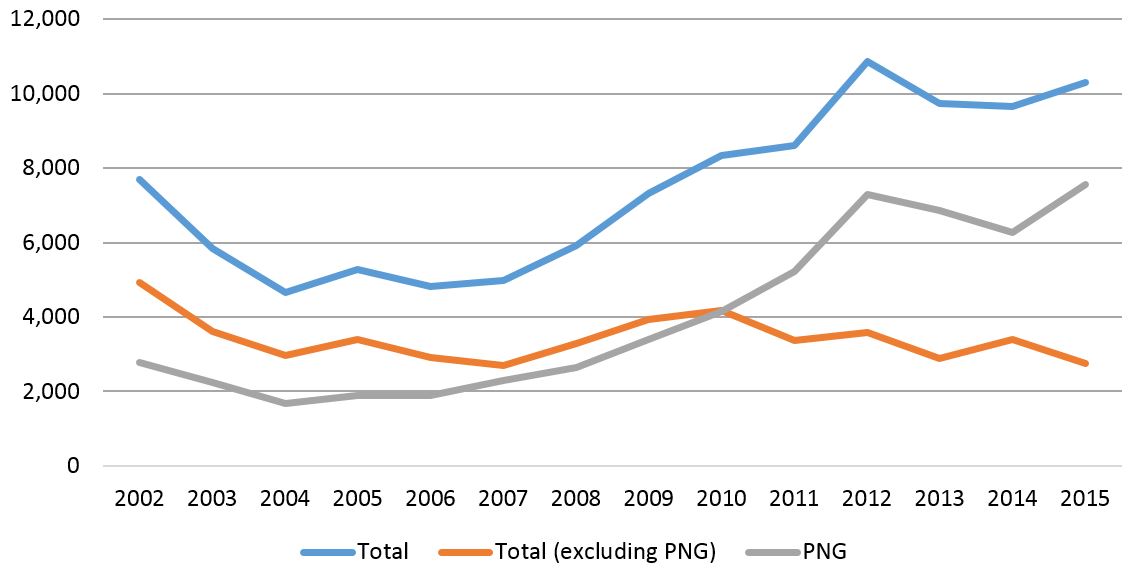 This post dives into this growth in PNG student enrolments.

Chart 2 shows three categories dominate PNG student migration to Australia: higher education, VET and school students. The other two visa categories – for ELICOS (English Language Intensive Courses for Overseas Students) and non-award visas (for people studying courses which do not lead to a formal qualification) – only make up a very small proportion of PNG students in Australia. 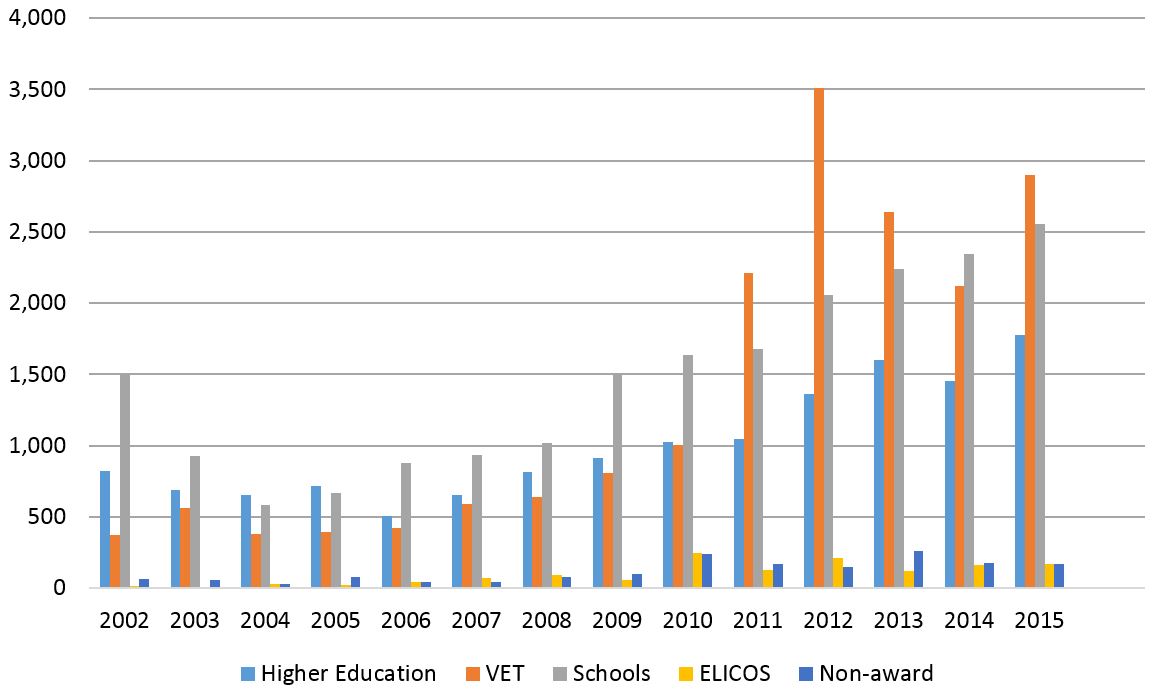 Commencements into higher education, vocational education and schools have all shown strong growth since 2002.

Vocational education commencements (orange bar) grew nearly ten-fold to 3,500 in 2012. The next largest category is of children studying at primary and secondary schools, which has grown solidly though less dramatically reaching 2,500 in 2015. 1,700 PNG students started higher education studies in Australia in 2015.

For a country with a small Australian diaspora and low rates of overall emigration, PNG really stands out. It has the highest proportion of school students to all international students when looking at all 80 countries with 1,000 student commencements or more in 2015. This proportion, 34 per cent, is ten times higher than the average for all countries. In October 2016 (the most recent month for which data is available), PNG was the seventh largest source of overseas school enrolments in Australia.

According to the PNG Aid Portfolio Performance Report [pdf], there were 1,160 PNG students supported by the Australia Awards program in 2015-16. However these are overwhelmingly for higher education, not for school students, so what we are seeing in the PNG numbers is a private sector phenomenon.

Given the costs involved, the relatively large and growing number of primary and secondary school international students from PNG reflects a demand for school education from wealthier PNG citizens who are clearly unhappy at the local education opportunities for their children. And now many more have the ability to pay as well – though given PNG’s current economic woes, how long that will last remains an open question.

On the one hand, the relatively high and growing number of PNG students attending school in Australia can be looked at as an indictment of poor schooling standards in PNG, and high levels of inequality. Other developing countries focus much more on sending post-school students overseas.

But there are also positives. For those who believe that PNG has suffered from a lack of international mobility and falling education standards, the growing number of students, of all types, coming to Australia is a positive development. And for those who bemoan weakening people-to-people links between the two countries, this data suggests a generational change, and that a growing number of young Papua New Guineans will have Australian connections, and vice versa.

Henry Sherrell is a Research Officer at the Development Policy Centre. Stephen Howes is the Centre’s Director.