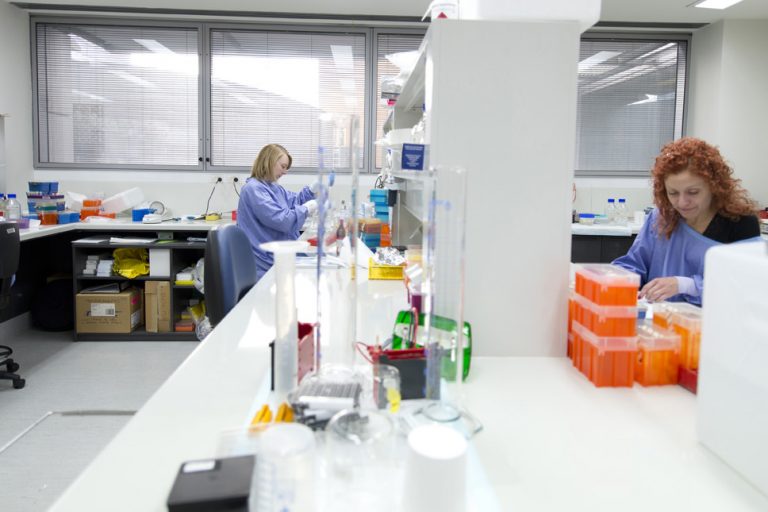 In my last two blogs, I looked at DFAT’s growing contribution to the global effort to create new drugs, vaccines and diagnostics to tackle HIV, TB, malaria, Ebola and other developing world diseases. In this post, I switch the focus from DFAT to the Australian government as a whole, and look at how Australia manages its domestic global health research and development (R&D) investments. Here, much needs to be done.

At the federal level, seven Australian departments and agencies fund global health R&D (some intermittently): the National Health and Medical Research Council (NHMRC); Department of Industry, Innovation and Science; DFAT; Austrade; Department of Defence; CSIRO; and likely also the Medical Research Futures Fund (Departments of Industry and Health) in future years. Each works to their own remit with little or no coordination. Some are tasked with supporting Australian research, others with supporting Australian companies or external trade, Australian science, regional development and so on. DFAT only funds overseas R&D organisations, while the other six agencies fund Australian organisations. Each has their own disease priorities – tropical medicine for Austrade; TB, malaria and emerging infections for DFAT; HIV and other potentially commercial diseases for Industry; bioterror and tropical diseases for Defence; and all of these plus women’s health, children’s diarrhoeal illnesses, and indigenous threats such as syphilis and rheumatic fever for NHMRC.

The result of this free-for-all is that a great deal of public money has been invested in global health R&D in the past decade – more than a third of a billion dollars – without a single global health product being delivered. If you wanted to prevent success, you’d probably create a system much like this.

A typical example is inhaled oxytocin to stop haemorrhage in childbirth, developed by Monash University in Melbourne with GlaxoSmithKline (GSK), one of the world’s largest pharmaceutical companies. The oxytocin inhaler, with a target price of 30 to 50 cents, can potentially save the lives of the more than 100,000 women estimated to bleed to death each year in the developing world after delivering their baby. Voted in 2015 as one of the 30 global innovations most likely to save lives, inhaled oxytocin has been moving forward at a glacial pace since 2009, relying on donations from philanthropists, and funding from GSK and the UK and Canadian Governments. Not a cent for its development has come from the Australian Government, despite the clear benefit in terms of saved lives and health dollars. What’s the problem? How can this happen?

Three underlying causes explain the dysfunction in Australia’s global health R&D system. The first is that there isn’t really a system at all. The seven federal agencies work in silos, with disparate goals and separate budgets. As a result, a successful breakthrough doesn’t have a clear development path in terms of funding for early laboratory testing, subsequent trials in humans, or identifying global partners to bring their product to market. This leaves a pile-up of projects at the earliest research stage, and means that Australia captures only a tiny fraction of the $3.6bn a year now invested into global health R&D around the world by companies, philanthropists and governments.

A second crucial factor is that there is currently no agency, program or funding stream for global health ‘translation’. Translation is the vital step that converts a research breakthrough into an early product, putting it first through laboratory tests (Is it stable? Can it be given orally? Does it harm organs?) and then testing it in a handful of healthy humans. Without these translation studies, only the most risk-taking of external investors would consider putting up the millions needed to take an unproven research idea forwards. Yet, in the last decade, only 13 Australian projects (out of more than 650) have received translation funding, most from a now-closed Austrade program. As Stephen Carter, CEO of Australian pharmaceutical company Suda Ltd, says:

There are some very good projects in the global public health arena coming out of academia and small biotech companies in Australia, but these will have a very difficult path forward due primarily to the inability to raise sufficient funds to translate the development into a registerable product.

Beyond these specifics, however, the fundamental cause of Australia’s problem is that the government is still managing low/no-profit global health product development as if it were commercial; as if the Government could fund basic research and then dust off its hands, leaving investors and drug companies to select the best discoveries and turn these into medicines (even in the commercial field this has needed a $250 million dollar boost from the Biomedical Translation Fund). The problem is that, in global health R&D, commercial drivers are largely absent – it is the Government that needs to make selection and commercialisation happen.

Develop a joined up system

The first step is to move from a vertical single agency approach to a networked model that allows research breakthroughs funded by one agency to move seamlessly through development and commercialisation steps funded by other agencies. Each agency will, of course, continue to have their own specific interests – e.g. bioterror or commercialisation. But their role in the shared global health project needs to be acknowledged (Perhaps as contributing to the aid budget?), codified and managed, ideally guided by a cross-government strategy that defines shared priorities, clarifies responsibilities, and ensures continuity of investment. The UK’s MRC-DFID Concordat and Ross Fund are examples of cross-government approaches, as is the Biomedical Translation Fund (BTF) in Australia. Enhanced coordination and greater strategic alignment would help successful projects move to commercialisation, and prevent them from disappearing into the gaps of differing agency disease remits as they do now.

The next step is to address the research pile-up, by starting to translate Australia’s third of a billion dollars of global health research into products that save lives. There are two main ways to fund global health biomedical translation. A government or philanthropic organisation can ‘pick winners’ and make direct investments into these. This requires large R&D budgets, a willingness to take risks, and high levels of pharmaceutical R&D knowledge. This approach is commonly used by the US, the UK and the Gates Foundation, but is likely unsuitable for Australia’s level of funding and expertise.

The second approach is to create a Translation Fund that makes investments on the government’s behalf; this approach is particularly suited to countries or organisations whose funding capacity and experience in global health product development are more limited. Translation Funds manage the high risk and cost of translation for smaller funders by pooling projects and funding from multiple sources to create a portfolio of leads, winnowing these away at each step of development to generate a few final successful products. Translation Funds differ from government funding organisations in several ways. The first is that the government does not make the investment decisions. Overall direction and strategy are guided by the government and philanthropic funders, but investment decisions are made independently by experienced global health investors (often with pharmaceutical industry backgrounds), advised by a scientific expert committee. Secondly, the Fund portfolio is managed as a long-term investment until commercialisation is reached (generally 7-10 years), rather than as short-term grants that fit in with government budget cycles. Examples include the Global Health Investment Fund, which pools funds from Germany, Canada, Sweden, the IFC and private investors; Australia’s BTF for commercial health leads; and the global non-profit Product Development Partnerships, all three of which essentially operate as translation funds. Most translation funds operate as standalone public-private investment partnerships (the BTF is an exception).

Recent Devpolicy blogs have suggested that global health research and translation could be managed through an ACIAR-type organisation. This is an excellent approach for coordinating and funding biomedical research, as well as health systems research, health research and applied research. But it is less well suited to industrial pharmaceutical development and the higher-risk, long-term venture-capital-type investments this requires (ACIAR’s last significant product development was the Newcastle Disease vaccine for chickens in the late 80s and early 90’s). The expertise to successfully manage a global health translation fund will likely be outside government agencies, or even outside Australia, and it will necessarily include industry and non-profit product development expertise. Australia’s Biomedical Translation Fund takes this approach in the commercial area; an equivalent translation fund is needed in the lower-profit global health area.

As Australia moves towards the next election, we have time to step back and look at what has changed in the world, and whether our policies have kept up with those changes. In terms of our contribution to global efforts to make new medicines, Australia is doing well. There is room for improvement in consistency, scope and funding levels, as discussed in my two earlier blogs, but we have shifted from being a global laggard to becoming one of the leaders in the global effort.

Domestically, however, a fair bit of head-hanging is in order. Policies are stuck in the late ‘90s, designed for a commercial world that doesn’t exist in global health. Departmental silos spend millions on projects without any guiding government strategy, and their efforts are unable to bear fruit because of the lack of a translation pathway for domestic global health discoveries. If there is a government policy that needs updating, global health R&D is it.