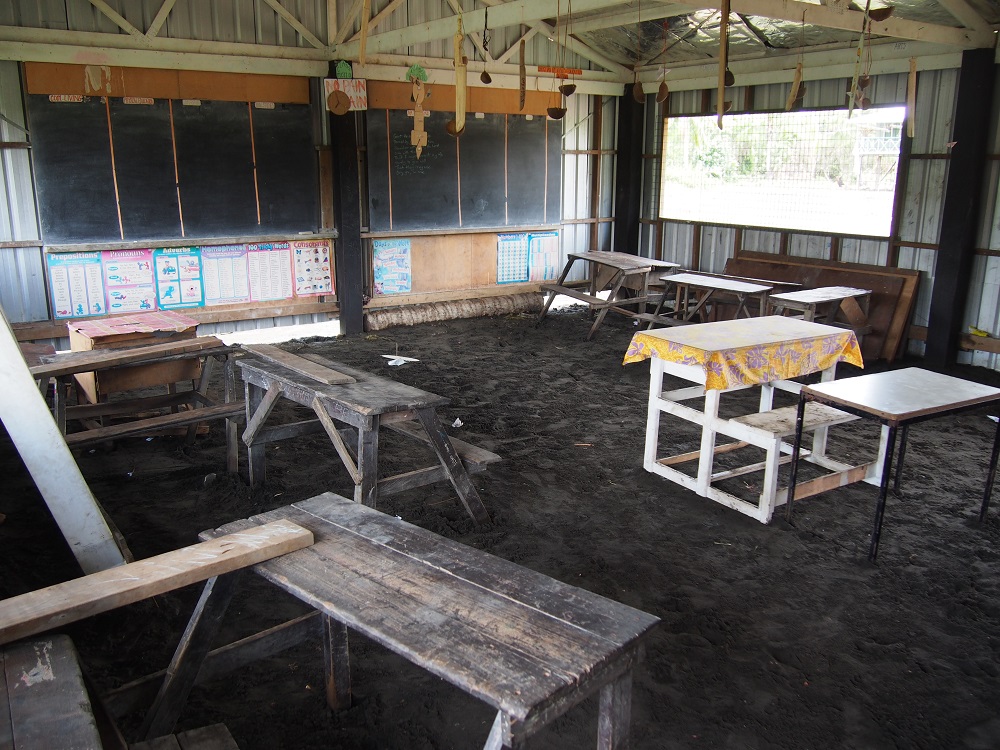 ‘Free’ education policy in PNG: a tale of two provinces

The PNG government’s Tuition Fee Free (TFF) policy – introduced in 2012 – was a central pillar of the O’Neill government’s first term in office. Over the years, this policy has changed significantly; schools have been banned from charging any official fees (until 2015 they were still allowed to charge fees for projects). The policy has also sought to recentralise the distribution of subsidies to the district level, through District Education Implementation Committees (DEICs). While there has been much speculation about these changes, there has been little recent empirical evidence from schools and sub-national administrations to inform debate.

In our recent Development Policy Centre Discussion Paper, we look at how these policy changes have impacted a small number of schools (n=10) and districts in two provinces: East New Britain and Gulf. Researchers visited the same schools in both 2012 and 2016. The difference between these two provinces is stark: in 2012, 90 per cent of parents in East New Britain claimed that most children in their community attended school, compared to only 37 per cent in Gulf (see page ix of this pdf). How have changes to the TFF policy impacted schools and administrators in these very different contexts?

The TFF policy has improved access to schooling – one of its key objectives – particularly in East New Britain. Indeed some schools in the province were struggling to cope with enrolments increases, with a district official noting that:

Before there was no TFF, you could not see crowded classrooms… and then people saw the money come. As soon as it was mentioned that education was free, all our classrooms became overcrowded.

In Gulf, however, schools visited had experienced a decline in enrolments due to poor quality schooling. One teacher noted that students have “quit because there were no materials.” This suggests that free education policies that focus on getting students into schools, without concurrently improving quality education, can lead to students devaluing education. This threatens the government’s goal of increasing school access in some places.

While schools in Gulf faced significant challenges, many in surrounding communities worked to improve their schools. For instance, some schools ensured teachers and community members jointly monitored students and reprimanded parents on their children’s non-attendance. As one teacher said:

If there is a consecutive 21-day absence, parents must come and explain… If there’s no good reason, [the matter is] handed over to the BoM [Board of Management]. Or they are asked to transfer to another school.

While communities, particularly in remote areas, play a crucial role in managing schools, they cannot provide quality education without support from the government and other service providers.

The TFF policy bans schools from charging parents fees; however, many schools are not following this directive. Nine out of the ten schools we visited were not adhering to the government’s ban, and charges had increased (i.e., going to school became more expensive) between 2015 and 2016. This was partly a result of late and erratic delivery of government subsidies; it was also a reflection of the absence of other funding sources. We found that church-run schools in particular were threatened by these factors.

Given that churches play a significant role in the provision of educational services, and the government subsidy is notoriously late, the reaction of church administrators is unsurprising. Our findings support calls to reinstate both project fees and church agency fees to allow schools to manage funding shortfalls.

Our paper also shows that education standards officers (who are employed by the National Department of Education, and are stationed at district administrations) play a crucial role in monitoring spending and dispute resolution. For example, they help mediate disputes about schools’ Boards of Management – disputes which appear to be becoming more acute given the rise in funding associated with these positions. However, many standards officers, particularly in Gulf province, have become disheartened with their job. One standards officer in Gulf said:

I’ve come a very long way, but I give up. I have the willpower but not the means to go into my schools. It is very frustrating. I am not [supposed to be] an office worker, yet I sit here all day…There is no money for travelling, nor money for photocopying.

Another broke down and cried when describing the difficulties they faced, while some reported taking on personal debt in order to visit remote schools.

It is heartening that there have been some steps made toward improving information sharing, with Secretary for Education Uke Kombra announcing in late 2016 that provincial TFF coordinators had been appointed across the country. It is important that these coordinators are properly resourced, and have appropriate information about school payments and schools in their province.

The proposed recentralization of funds – from schools to district administrations through DEICs (with 30 percent of funds set to be administered by this institution) – is still slated to occur. Our findings suggest that there are three key problems with this policy. First, it will likely increase the cost of infrastructure, particularly if contractors rather than communities are involved in drawing on these funds. Second, it is likely to further empower MPs and lead to a strengthening of patronage politics, particularly in provinces such as Gulf where the administration system is already stretched. Third, because previous promises to bolster funding for education projects within districts have not materialised, there is growing suspicion among administrators and schools that DEICs will not be able or willing to distribute funds allocated to them. We suggest that the roll out of this policy be delayed until district administrations are better established, and there is greater separation between administrators and politicians.

While the schools we visited are case studies, our findings point to the types of challenges that schools and sub-national administrators are likely to face across the country. It suggests policy makers now need to focus on the less politically popular aspects of education policy, such as improving teacher quality, and oversight and monitoring. It also means being brave enough to roll back policies that will harm quality education, particularly moves to take even more funding away from schools through establishing DEICs at district administrations. In the rush to increase access to schooling across PNG, the problems associated with changes to the TFF have been overlooked. With the new government vowing to learn from past mistakes, now is the time to address these unintended consequences of education reform.

Grant Walton is a Research Fellow and Tara Davda is a Research Officer with the Development Policy Centre. Peter Kanaparo is a lecturer at the School of Business and Public Policy, University of Papua New Guinea. This blog is based on the Development Policy Centre Discussion Paper, ‘The Challenges of Providing Free Education in Papua New Guinea’, available here.

Peter Kanaparo
Peter Kanaparo is a lecturer at the University of Papua New Guinea’s School of Business and Public Policy.