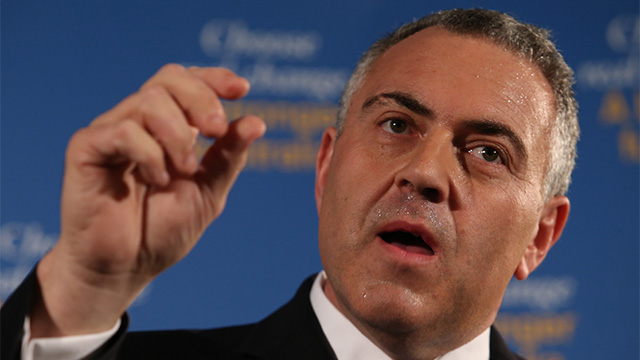 It will be this big.

From expansion to crisis in Australian aid: reflections on the Coalition’s aid cuts

Shadow Treasurer Joe Hockey’s announcement yesterday that the Coalition will cut $4.5 billion in planned aid spending from now to 2016-17 generated a great deal of media attention, probably rather more than the Coalition had expected. It attracted forceful condemnation from Australian non-government organisations and, acrobatically, from Labor. Criticisms of the policy highlighted its impacts on vulnerable groups and Australia’s national interest, and also its implications for aid effectiveness, already a casualty of Labor’s own cuts to planned spending.

It’s understandable that the size of the cuts should get most of the attention. Given that Labor’s cuts to the aid program’s forward estimates totalled more than $6 billion in the current and previous financial years, we have now witnessed a total reduction of more than $10 billion in the level of aid that was to have been provided between last year and 2016. The Coalition’s cuts are of a similar magnitude to those made in the 1996-97 budget under the newly-elected Howard government.

However, this post goes beyond the headline numbers to look at some of the nuances and impacts of the Coalition’s policy. It doesn’t attempt to predict country-level impacts. As Hockey has said, the Coalition has yet to consider where the cuts will fall. I make seven broad observations.

All in all, the Coalition’s planned aid cuts will have a severe impact at many levels. Australia’s international standing, bilateral diplomatic relations and aid effectiveness will suffer. The Coalition’s own capacity to do anything new with the aid program will also be highly constrained, which could have the unfortunate effect of creating a negative feedback loop: a program perceived as not serving the national interest in creative and flexible ways is a program ripe for further cuts.

Shifting the aid program to a stance of no real growth with due lead time and in a considered way is one thing. Plunging it into crisis by making deep and immediate cuts without warning is another. Whatever else it does, the Coalition should reconsider its $656 million cut to the aid program in the current year.

Robin Davies is Associate Director of the Development Policy Centre. He recently published this comparative analysis of the major parties’ policies on aid and development.