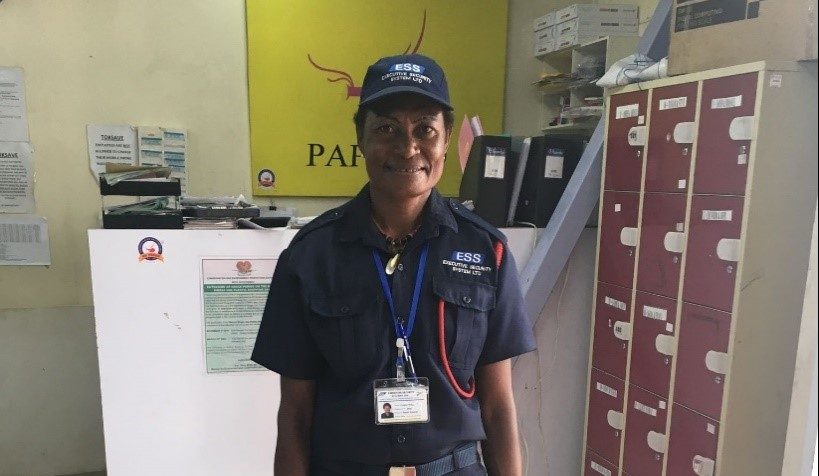 By Grant Walton and Sinclair Dinnen

Papua New Guinea has well-publicised problems with gender-based violence (GBV) and crime. According to one study, 59% of women aged 15-49 years have experienced physical or sexual violence in their lifetime. High-profile cases such as the murder of Jennelyn Kennedy, attack on athlete Debbie Kaore and the ongoing horrific torture and killing of women accused of witchcraft have raised international attention on the issue (see here and here).

While GBV in the country is cause for real alarm, in recent years we have seen greater efforts to address this very wicked problem. Last year, provincial MPs formed a coalition aimed at finding ways to address GBV. We have also seen an increase in relevant law reform and the number of policy frameworks aimed at addressing this issue. The former includes the enactment of the Family Protection Act 2013, which made domestic violence a specific offence and strengthened provisions for the issuing of interim and longer term-protection orders for the survivors of domestic and family violence, and the repeal of the colonial-era Sorcery Act 1971. New policy frameworks include PNG’s first National Strategy to Prevent and Respond to Gender Based Violence and the Sorcery National Action Plan, as well as the roll-out of Family and Sexual Violence Units (FSVUs) in major police stations.

We also note the proliferation of local initiatives by individuals, community groups, churches and NGOs aimed at tackling different aspects of GBV in different parts of PNG, often entailing innovative and socially attuned forms of intervention.

Many of the official efforts at national level rightly focus on improving state-based institutions, such as the legal system and key agencies like the police. These areas are critical as the legal system often fails to protect victims and the police are ill-equipped to effectively respond. The police in particular are understaffed, poorly trained and mostly consist of men (only 13% of PNG’s constabulary are female), and have a limited presence in many parts of the country.

Practitioners, policymakers and activists increasingly acknowledge that addressing such a complex and intractable development challenge requires partnerships between a range of key stakeholders, including the private sector, civil society and state institutions (see page 9 of the National Strategy).

Perhaps one of the most important, though usually overlooked, prospective partners in the fight against GBV is the private security industry.

Admittedly, the private security industry is not an intuitive partner to help address violence against women. This is because some in the industry (as, indeed, with elements in the police force) have been implicated in sexual assault in PNG and, as Stephanie Lusby has argued, security guards can perpetuate the types of masculine behaviour that encourages violence against women. These very real concerns still need to be addressed.

However, as we have previously highlighted, the security industry has now become too big to ignore when it comes to addressing PNG’s internal security problems. In terms of personnel, the industry is bigger than all of PNG’s security forces – the police, defence force and corrections – combined. On this basis, private security guards are more likely to witness and potentially be in a position to respond to GBV as their thinly spread counterparts in the police. This means that despite the for-profit nature of the private security industry, it has potential to significantly augment efforts to address GBV in the country.

First, the importance of women’s empowerment and addressing GBV were well understood by most of our participants, particularly the larger operators. Some of the larger companies – mostly due to pressure from clients – were actively trying to address these issues among their own employees. For instance, one major international company we spoke to ran gender awareness training. Although many were cautious, some respondents also indicated a willingness to do more. A Lae-based manager noted: ‘we would like to do more on domestic violence but it is very difficult given the cultural issues involved.’

Second, while there is no doubt that men dominate the private security industry (as they do the police), women appear to be playing an increasingly important role. Official breakdowns of employees by gender are difficult to come by; however, respondents of larger firms suggested the number of female employees were growing and estimated that women made up around 10 to 20 per cent of their workforce (comparable to, if not slightly higher than, figures for the police). Women make up a higher proportion of administrative roles, such as working in control rooms tracking vehicle movements.

Female static guards are sometimes deployed alongside male staff to guard clients’ premises, particularly during the day and in lower-risk areas. Many other women are deployed to female-specific spaces such as women’s dormitories and hospital gynaecology wards (this is the case in Lae’s Angau general hospital, for example). The increasing numbers of female guards has the potential to provide women with accessible and safer places to initially seek help.

We acknowledge the significant constraints involved in partnering with an industry containing elements with a shady past and having an explicit focus on maximising profit.

If, in particular, large international private firms with a commitment to the highest international standards (as, for example, enshrined in the International Code of Conduct for Private Security Service Providers) are to continue to profit from their activities in PNG, then surely they have some obligations to assist the police and other stakeholders in addressing some of the country’s most pressing crime and safety issues.

This is certainly not to propose private provision as an alternative to state-provided security. The state retains a fundamental responsibility for public security and long-term efforts need to continue to enable it to fulfil this mandated role. However, the reality is that the PNG state is manifestly incapable of addressing current problems of violence, including gender violence, on its own. If our immediate concern is with tackling this endemic problem, then all available resources need to be mobilised toward this end, and the private security industry represents a significant and mostly untapped resource.

This research was undertaken with support from the Australian Civil-Military Centre. The views are those of the authors only.