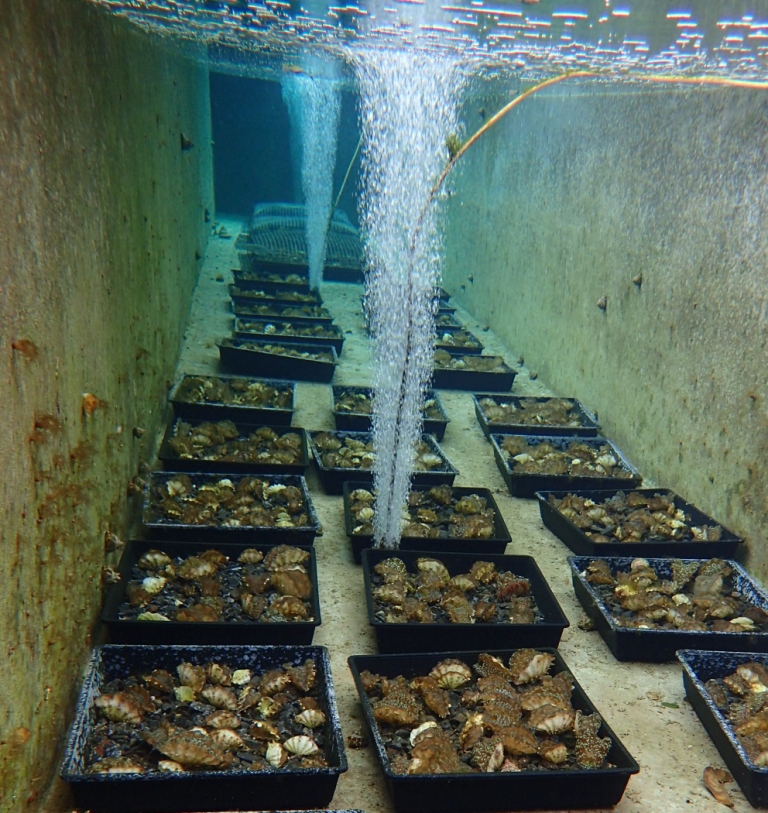 Giant clams and value for money

Development investors, such as the Australian Centre for International Agricultural Research (ACIAR), are under pressure to demonstrate value for money – both at the time of making the investment decision and afterwards, when they evaluate the impacts achieved. Taxpayers want to know their money is being well spent – which is fair enough. But the concept of value for money is a complex, and culturally laden, one. What values, and whose values, count towards a good investment?

In the 1980s and 1990s, ACIAR (and others) invested considerable resources into developing aquaculture of giant clams in the Pacific region. High-value (mostly export) markets were identified that would, it was anticipated, lead to profitable industries (and justify investments). Aquaculture facilities (which are not cheap to run) were set up in several Pacific Island countries and linked with community sea-ranching, restoring giant clams to island reefs where they had largely disappeared.

For various reasons, the high-value markets failed to materialise. Yet today, several Pacific Island countries continue to culture giant clams and give them away to communities. Why?

I asked that question (on behalf of ACIAR) in Fiji, Samoa and the Philippines. I learned that the programs do not just continue through inertia, but rather that giant clams have other values in these countries – including building social capital between government and communities, which in turn builds on the cultural and socio-ecological values that giant clams hold for the communities.

Samoa is a great example. In a small country where Fisheries Department staff can easily visit the approximately 200 coastal communities, some 45 communities are now nurturing giant clams that originated in the aquaculture facility. According to these staff, it’s no coincidence that Samoa has a successful community-based fisheries management (CBFM) program – giant clams are not only contributing to good relations between government and village, but also providing incentive and learnings in coastal fisheries management under today’s conditions. 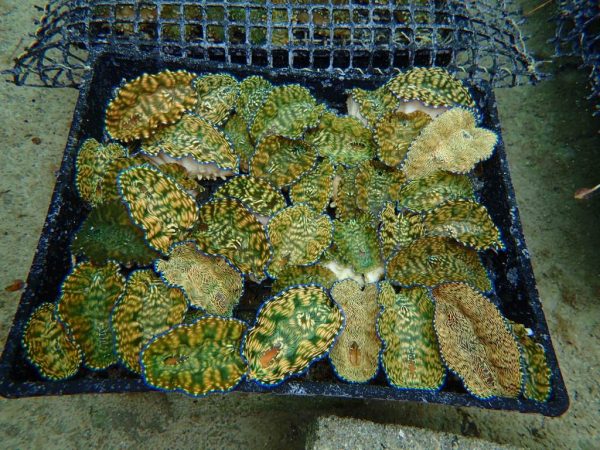 One year old giant clams in the hatchery in Samoa (Credit: Anne Moorhead)

The story is less clear in Fiji, where the locally-managed marine areas network (the equivalent of CBFM) doesn’t enjoy the same government support as in Samoa. Giant clam aquaculture and distribution continue, but without clear legislation many of the giant clams are later poached from the reefs.

In the Philippines, communities go to significant lengths to protect their giant clams from poaching, citing socio-ecological reasons (healthier reefs and more fish where there are giant clams), as well as indirect economic reasons through benefits to tourism.

In these three examples, it seems that the governments (and national university, in the case of the Philippines) have decided that various economic, social, cultural and ecological values of giant clams merit continuing investment in giant clam aquaculture, even if they are not marketed for export.

Did ACIAR’s investment in giant clam aquaculture represent a good investment and value for money? And if the same series of project proposals were tabled now, with the usual economic analyses and projections, would the projects be given the go-ahead?

Those who look only for narrow economic returns would likely say no, but governments and communities of the Pacific, and others who recognise the more diverse and complex benefits of giant clams, might disagree.

Quantifying those broader benefits is difficult, if not impossible. To quote the late Robert Johannes (in 1989 – but still true today): “Too many relevant variables are either only fuzzily quantifiable at best (e.g. social costs and benefits in societies where fish and fishing play an exceptionally important and complex role in social organisation) or impossible to quantify without impractically expensive data-gathering projects.” On the other hand, by leaving them out, investors could miss opportunities to invest in potentially worthwhile projects, or undervalue important ecological, social and cultural benefits of their projects.

Either way – and acknowledging that it won’t be easy – there seems to be a good case for trying to broaden the understanding of value for money.

‘Giant clam aquaculture in the Pacific region: perceptions of value and impact‘ by Anne Moorhead is published in Development in Practice, Vol. 28, No. 5, pp. 624–635 (open access).

Anne Moorhead
Anne Moorhead is a freelance writer and editor specialising in sustainable development with a focus on the Pacific islands region. She works as a consultant editor for Devpolicy Blog. Anne is also co-owner and chocolate maker at KokoMana in Savusavu, Fiji.