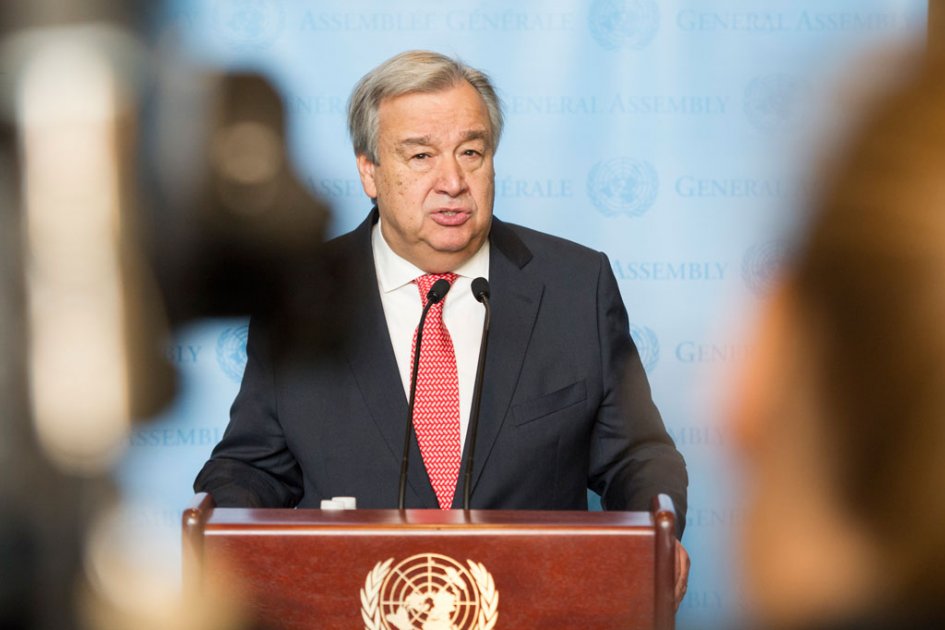 This year, UN Secretary General Antonio Guterres announced the official launch of sweeping reforms to the United Nations which promise to focus on “people rather than progress, effectiveness and adaptability, and on equality, diversity and integrity.” However, whilst Guterres proclaims that 2019 will be a year of action, New Year’s resolutions are always precarious. The implementation of these reforms will be achievement in and of itself, but their success also hinges on whether they can deliver effective development responses against a backdrop of increasing geopolitical tensions.

Since assuming his role as UN Chief in 2017, reform has become a central tenant of Guterres’ platform. Fragmentation and bureaucratisation have long plagued the UN, leading to duplication of work, resource wastage and ineffective implementation of programs. His predecessors have struggled to make significant headway with these bureaucratic obstacles, but Guterres has persevered and (surprisingly) delivered seven major changes:

Along with the creation of four new UN departments, restructuring of the United Nations Peace and Security Pillar, and the achievement of gender parity amongst senior UN management, these reforms are arguably the most significant in a generation.

The most important of these is the reinvigoration of the Resident Coordinator (RC) System which aims to coordinate all UN agencies within a country. Previously, because no parallel function existed at UN headquarters level, the system was largely dismissed by individual development organisations. RCs struggled to coordinate agencies, given both lack of funding and a specific hierarchic structure that clearly delegated their authority over in-country agency heads. As a result, sister UN agencies often found themselves insulated and compartmentalised within their project countries, eventually developing contradicting development goals and remaining entrenched within their own organisational chains of command.

These reforms give RCs the much-needed authority to remedy this. No longer filled by a UNDP official, the RC will have an independent office with reporting lines to the Secretary General. The RC will have greater autonomy towards the strategic direction of UN operations and be the primary source of authority for UN agencies in each country, with the aim of directing collective organisation through a standard operating system rather than the individual managerial networks that previously existed.

Whilst the reforms are promising, there is substantial pressure on Guterres and the UN to deliver, despite an increasingly difficult political environment.

Internationally, the UN is under close observation and pressure to sustain the fragile peace talks in Yemen. The international community is also closely observing the implementation of the UN’s controversial Global Compact for Safe, Orderly and Regular Migration (GCM), developed to coordinate a collective response to the growing record number of refugees and relieve pressure on the Turkish, Lebanese, Jordanian, Egyptian and Iraqi governments, which have borne the brunt of the Syrian refugee crisis.

Within the UN itself, the departure of Nikki Haley is a significant loss for Guterres, given the surprising partnership they shared. The implementation of his reforms can be attributed in part to her threatening to slash US funding unless other countries increased their own contributions. Additionally, her ability to balance President Trump’s aggressive foreign policy positions with remarkable private pragmatism undoubtedly insulated the UN from the worst impulses of the Trump administration. It is uncertain whether the next US ambassador, Heather Nauert, will be able to leverage the UN or Trump administration as skillfully.

Moreover, expectations should be appropriately tempered given the UN’s track record with high profile reforms.

From 2005-2006 Kofi Annan introduced the “In larger freedom” reform agenda which, although providing a degree of modern management, was more symbolic than pragmatic, and is often characterised as being part of an underlying US agenda. Alternatively, Ban Ki Moon, though described as a dogmatic reformer early in his tenure, made even less progress than his predecessor because of a reluctance to offend major powers.

It is therefore hardly surprising that the reforms have not attracted considerable excitement, given the tentative results of previous reforms and the likely assumption that these changes will not be dissimilar.

Yet the reforms were necessary. Slow progress on the SDGs means that the UN is not on track to meet the 2030 Development Agenda. The bold changes demonstrated in these reforms are thus critical not only to accelerating progress but also to injecting a much needed sense of urgency to UN development programs. Despite the challenging conditions they enter, their implementation represents a shift away from the UN of the 20th century and a stemming of the haemorrhaging legitimacy suffered by UN development agencies. Though the result of these reforms remains to be seen, scepticism of their implementation should be tempered with a hint of optimism that Guterres can deliver at least a small degree of progress towards UN modernisation.

Michael Nguyen
Michael Nguyen is the NSW Council Member for the Australian Institute of International Affairs.