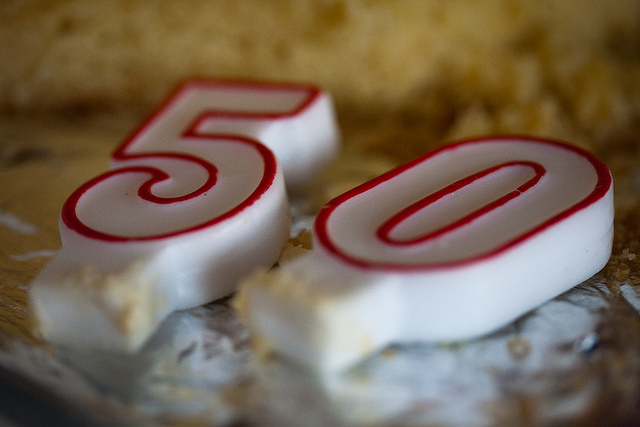 This week marks the 50th anniversary conference of the Australian Council for International Development (ACFID), the celebrations of which will no doubt be a central feature of the ACFID conference this week in Sydney. It is also around 50 years since the first development decade, which attempted to move the international aid and development system out of the Cold War focus of the 1950s to a more international approach, with the UN being more involved. As I mentioned in an earlier post on this blog, the 1960s was a period when the institutions for aid and development were established: the OECD-DAC; the World Bank concessional lending arm, IDA; and official aid agencies such as DFID and CIDA.

It is also worth remembering, as we ponder the Sustainable Development Goals (SDGs) signed in September this year, that the first development decade also set out the first development goals. At the time there were only two: that the developing world achieve a per capita growth rate of five per cent per annum by the end of the decade, and that the developed countries share their GDP growth by providing one per cent of their GDP in aid and foreign direct investment. Neither of these two goals were achieved, and the gap between rich and poor countries widened.

It was also a time of engaging with NGOs more. In 1963 the UN General Assembly called on [pdf] all NGOs to put their ‘increased enthusiasm, energy, and other resources into a world campaign in the basic fields of food, health, and education, to start in 1965.’ Therefore, it is no coincidence that both ACFID and its British counterpart, the Voluntary Committee on Overseas Aid and Development (VCOAD), were established in 1965, with the Canadian Council for International Cooperation (CCIC) and other NGO peak bodies a little later. From the outset, the aim of these resolutions was to build a constituency in developed countries for increased aid for development. Similar resolutions at the same General Assembly session called for greater involvement of local communities and women in development. So, the first development decade not only looked for greater levels of international cooperation in development, but also a move from top-down command models to greater levels of community participation, and the involvement of NGOs.

If we jump forward 50 years: how far have we come since those heady days of the 1960s? Well, ACFID is still here, unlike its British counterpart VCOAD, which folded in 1977, with its development education unit going it alone. ACFID is still campaigning but now it doing so to rebuild what is seen as a lost constituency for foreign aid. In the past, when the public support for aid was stronger (in the 1970s and 1980s), ACFID campaigned for issues such as basic human needs, more aid to Africa, and social justice issues around East Timor and apartheid and the like. The new campaign is much more general in its scope, being about reversing the cuts in foreign aid of the past few years.

The other big shift is in the aid space itself. Apart from some almost niche projects in the 1950s and 1960s by the Soviet Union and China, virtually all aid 50 years ago was from the West. In the 2010s that landscape is changing quickly. China in particular is very active in the foreign aid space, largely in the form of loans but increasingly as concessional loans and grants [pdf], most recently to a fund to support the SDGs. China has not generally been a supporter of the Western aid system and the liberal values underlying it, so its aid program has had a different focus. However, as it is wishing to be a global leader in development, it may need to become more transparent in how its funds are used. The other leadership role that China has taken is in development finance, both with the BRICS Bank but probably more importantly with the Asian Infrastructure Investment Bank, which will challenge the dominance of the World Bank and IMF in the development finance space.

The implications for donors like Australia are that its bilateral aid partners will have more bargaining power in terms of choices in financing for their priorities and, unlike the West, China seems to be much less supportive of a role for NGOs in aid and development. For ACFID and NGOs, the high levels of support from the global community that was so strong, starting in the 1960s and reaching its peak in the 1980s, has faded in some respects. While NGO capacity to deliver aid (including official aid) is still strong, their advocacy, which for many NGOs is an integral part of that work, is facing challenges. There has been a doubling of attacks on local and international aid workers over the past ten years. The regulations that NGOs face in many countries — such as Pakistan, India, and Bolivia, and also in Australia, where for example Save the Children Australia had its contract terminated for reporting child abuse [pdf] — have also limited their capacity for almost any form of advocacy. This is quite a shift from those UN resolutions of over 50 years ago that lauded the role of community development, the importance of NGOs in development, and their advocacy around it. The emerging development paradigm in the 2010s is more nationalistic in flavour and, as developing countries become more assertive in a multipolar world, the narrowing space for respect for human rights, and the role of NGOs in development, presents important challenges.

It is true that ACFID has come through the last 50 years in very good shape, with a far greater coverage of international development NGOs than it has ever had and with just on 140 members currently. It has the ear of government, which is and always has been its central role, to represent the interests of its members, and it is a respected voice on aid and development issues.

My advice to ACFID is to enjoy the 50th birthday celebrations but not to rest on its laurels. There are challenging times here, and ahead.

Patrick Kilby is a Development Policy Centre Associate and the author of the just-published book NGOs and Political Change: a history of the Australian Council for International Development.