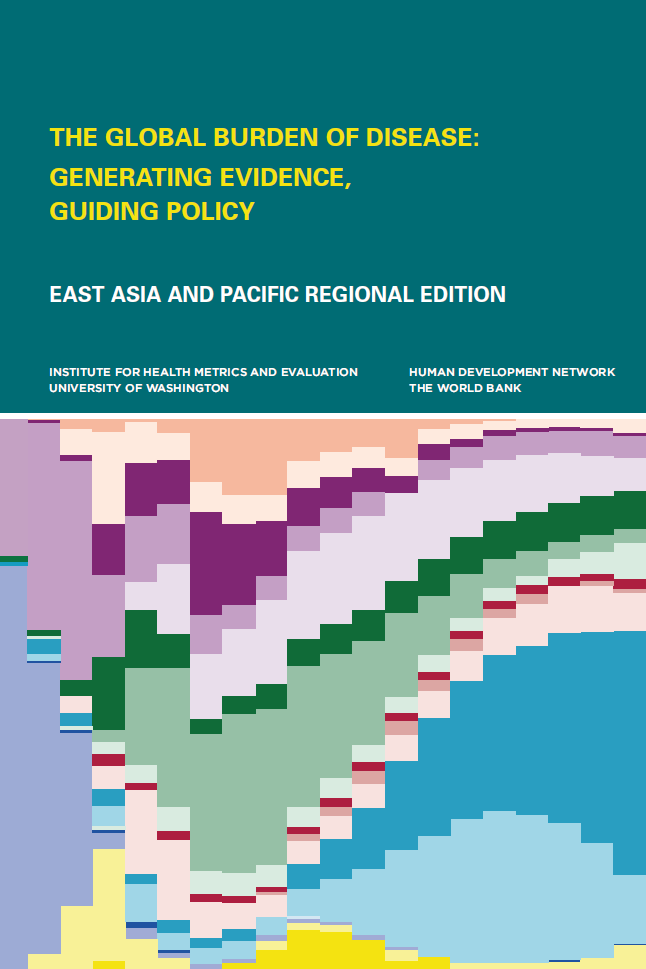 Health in Papua New Guinea and Indonesia: changes since 1990 and likely causes

By Ian Anderson and Alan Lopez

The main causes of death and disability in a country can change dramatically in a relatively short space of time. This could be due to many factors including ageing, urbanisation, health service coverage, and lifestyle factors (especially smoking, diet, alcohol and exercise). Such changes in the burden of disease have important implications for the health and welfare of individuals and society, especially since many aspects of premature death and disability are preventable, or can at least be delayed. Rapid changes in the main causes of death and disability also have important implications for resource allocation and investment decisions by developing country governments and their development partners: the size and skill mix of health workers needs to adapt to changing priorities; the shift to chronic diseases may place additional burdens on already overcrowded hospitals; there may well be political pressure for governments to fund “free”  but expensive treatment such as dialysis, which may ultimately be unaffordable for lower-middle income countries.

The Institute for Health Metrics and Evaluation (IHME) at the University of Washington has contributed to international understanding of how the disease burden is thought to be changing in individual countries through its recently published Global Burden of Disease (GBD) country profiles. Lack of good quality – even basic – health data makes the exercise very challenging. There is simply not the data to directly measure the level, trends, and causes of disease in these countries. The estimates are therefore modelled based on the likely presence and distribution of determinants and other factors which affect disease and injury occurrence in populations such as income, access to health services, and education. While emphasising the uncertainties, IHME says the GBD country profiles involve ‘the largest systematic scientific effort in history to quantify levels and trends of health loss due to diseases, injuries, and risk factors’. The exercise has involved nearly 500 researchers in 50 countries, with substantial financial support from the Bill and Melinda Gates Foundation.

The GBD estimations provide a useful guide to thinking about the rapid changes in the level, trends, and causes of health outcomes, especially in developing countries. It is therefore a useful ‘global public good’ for those interested in international health issues. It is also a useful resource for Ministries of Finance and Planning seeking to anticipate how changing disease patterns may drive costs and expenditure patterns in the health sector, and the potential benefits of better primary and secondary prevention.

But the GBD estimates also highlight the need for developing countries, and their development partners, to invest in improving basic health information systems. Even the best modelling is not a substitute for good quality data. Too many countries, including many in Asia and the Pacific, lack basic data on population health, risk factors, or even vital registration statistics. That needs to change, and change urgently, if we are to effectively monitor epidemiological transition in countries and the impact of measures to control disease, injury and risk factor exposure in populations.

Further details of the country GBD profiles are available here.

Ian Anderson is a Research Associate with the Development Policy Centre. Alan D. Lopez is the Laureate Professor and Rowden-White Chair of Global Health and Burden of Disease Measurement in the School of Population and Global Health at the University of Melbourne.