Helen Evans: a decade on the frontiers of global health 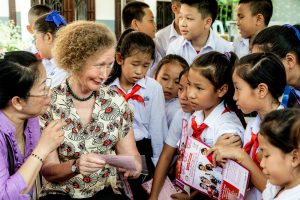