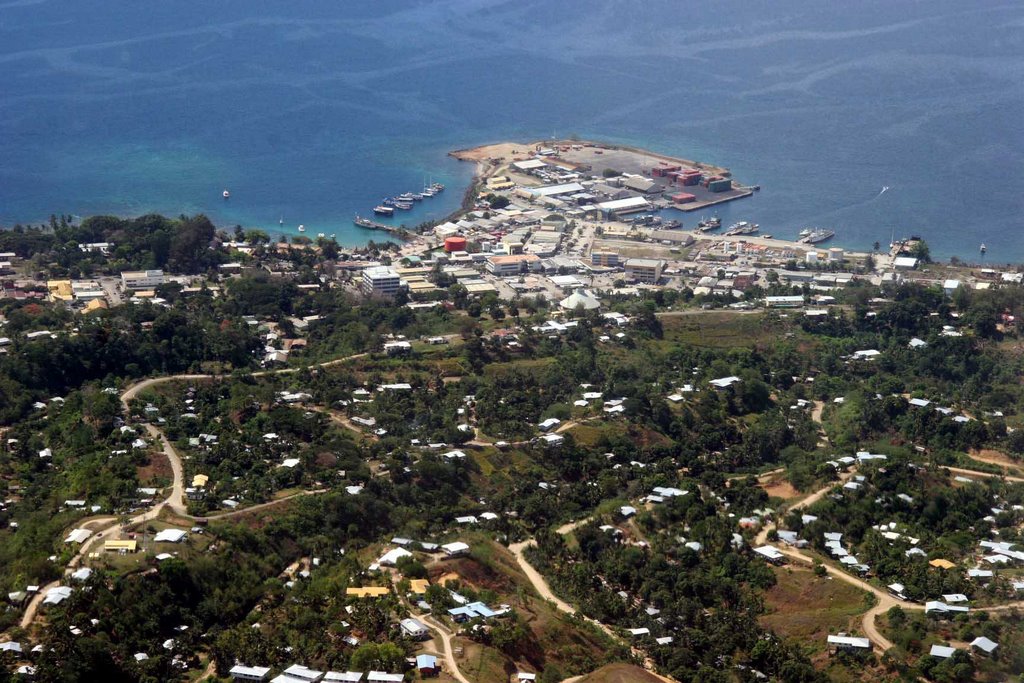 This blog post looks at two inter-related issues: firstly, the wild world of urban land governance in Honiara; and secondly, why some public institutions appear to resist ‘institutional strengthening’.

I was walking recently in Honiara, through the public walkways in the building that houses the Ministry of Lands, and came across a public notice sticky-taped to the door of the mapping office, which declared that “The Commissioner of Lands would like to advise the Public that as of June 26th 2013, all direct Land allocation will be stopped. Land allocation will be through the process of Tender.” I was taken aback because the notice implicitly acknowledged that the Commissioner of Lands had, up until June 26th 2013, routinely allocated public land directly, without tender. Could it be true?

If you live in a town like Honiara long enough you will hear the rumours that circulate about how business and politics are done, and a consistent and regular rumour is how prime public land ends up in private hands. The long stretch of oceanfront land at Kukum – once a well-loved Honiara park shaded by glorious mature raintrees – that was placed in the trust of the local Council, is now the Pacific Casino Hotel complex. A patch of land next to the Mataniko Bridge, set aside for the eventual expansion of this key piece of urban transport infrastructure, has been fenced-off and is being built upon by private persons. JICA have pulled out of a US$10 million 5-year waste management project to clean up the very, very toxic Council-run Ranadi waste dump because they found out, post-agreement, that the site had  already been allocated by the Commissioner of Lands to a foreign businessman, without the knowledge of the Council. And shockingly, it was recently revealed that even a small public park in the centre of Point Cruz, much-favoured as a resting place by ordinary people doing business in town, had been allocated to another foreign businessman.

In Solomon Islands, individuals who hold formal positions of state authority, such as Commissioner of Lands, are expected to answer to far stronger, uncodified and informal socio-political forces, than they are to written laws or regulations. In such a situation, what role is there for donor-sponsored institutional strengthening? Does the Ministry of Lands need a few more expatriate land administration advisers, a review of the HR framework and more training workshops? Is it a problem that can be addressed through a public administration lens?

The office of the Commissioner of Lands is a highly sought-after position and subject to heavy jockeying by politicians and their associates, because under the current law and practice the Commissioner has very high levels of discretion to allocate public land. For the same reasons, urban land administration is highly sensitive for the Honiara elite, and thus, deeply resistant to reform. There have been attempts to clean-up land administration over the years. From 1998–2007 Australia funded an institutional strengthening project that, in the end, met with limited success. The World Bank Justice for the Poor project has been laying some solid analytical groundwork in recent years, based properly on the idea that public urban land is one of the most important pieces of public infrastructure for pro-poor development, and its equitable allocation and use is of the utmost importance for the human development prospects of the rapidly-growing Honiara proletariat.

If it is correct that the allocation and development of urban land is at the centre of the future prospects for human development in Solomon Islands, as it was also a key factor in the unravelling of state and society during the 1998-2003 ‘Tensions’, then after ten years of intensive support for the Solomon Islands state by donors, why wouldn’t it be getting any better, and seemingly getting much worse? The answer would seem to lie in the analysis of power and politics in Solomon Islands, and is linked to similar questions about other aspects of state integrity in Solomon Islands, such as the systematic and ever-expanding diversion of public expenditure through MPs, the diversion  of scarce education funds to overseas scholarships, and the strong, enduring and ongoing connection between logging and every level of politics.

State capacity and state effectiveness is, ergo, the ability of the state to resist pressure to channel public resources towards particularist interests, and instead towards a universalist national interest. The weak state cannot resist particularist pressure, and public resources are diverted systematically to the elite to uphold their private interests at the expense of the public interest. A key challenge facing donors operating in weak states is that the enablers of state weakness often inhabit key roles within the state. This presents a diabolical conundrum for donors and goes to the heart of the state-building enterprise in Solomon Islands: what part of the state is worth partnering with, and what part of the state is so fundamentally compromised that we just have to walk away?

A middle way may be emerging as a feasible alternative for donors in Melanesia, which moves away from the idea of formal state institutions being the exclusive gatekeepers when it comes to foreign aid, and towards viewing state capacity as a whole-of-society issue. This approach will necessarily entail a shift in the business model of donors. Donors will be required to have much greater institutional knowledge of the context of state and society in which they’re working, and staff will need to be in-and-of-country working in their field for much longer , and will be required to embed themselves within the local whole-of-society context. This is necessarily a messy business.

This approach follows the ideas of people like Lant Pritchett of the Center for Global Development, who has written about capability traps and ‘persistent implementation failure’ when it comes to the status quo of institutional strengthening. Adopting the middle way will mean that support for institutional strengthening will move away from cut-and-paste projectised technical solutions from developed countries, and will explicitly engage in a long-term, embedded and iterative process with policy actors from across the broad spectrum of society. Supportive donors that are genuinely in a long-term partnership with the people of Solomon Islands will understand that the state capacity challenge is a long, long road in Solomon Islands, and requires a long-game strategy and a long-game business model. Support will combine capacity supplementation with support for change agents and reformists, both inside and outside the state, who are working to bring about the right political incentives for local capacity to emerge.

Perhaps, if it has the potential to make a difference to human development, it will disturb the established order of things. And vice versa.