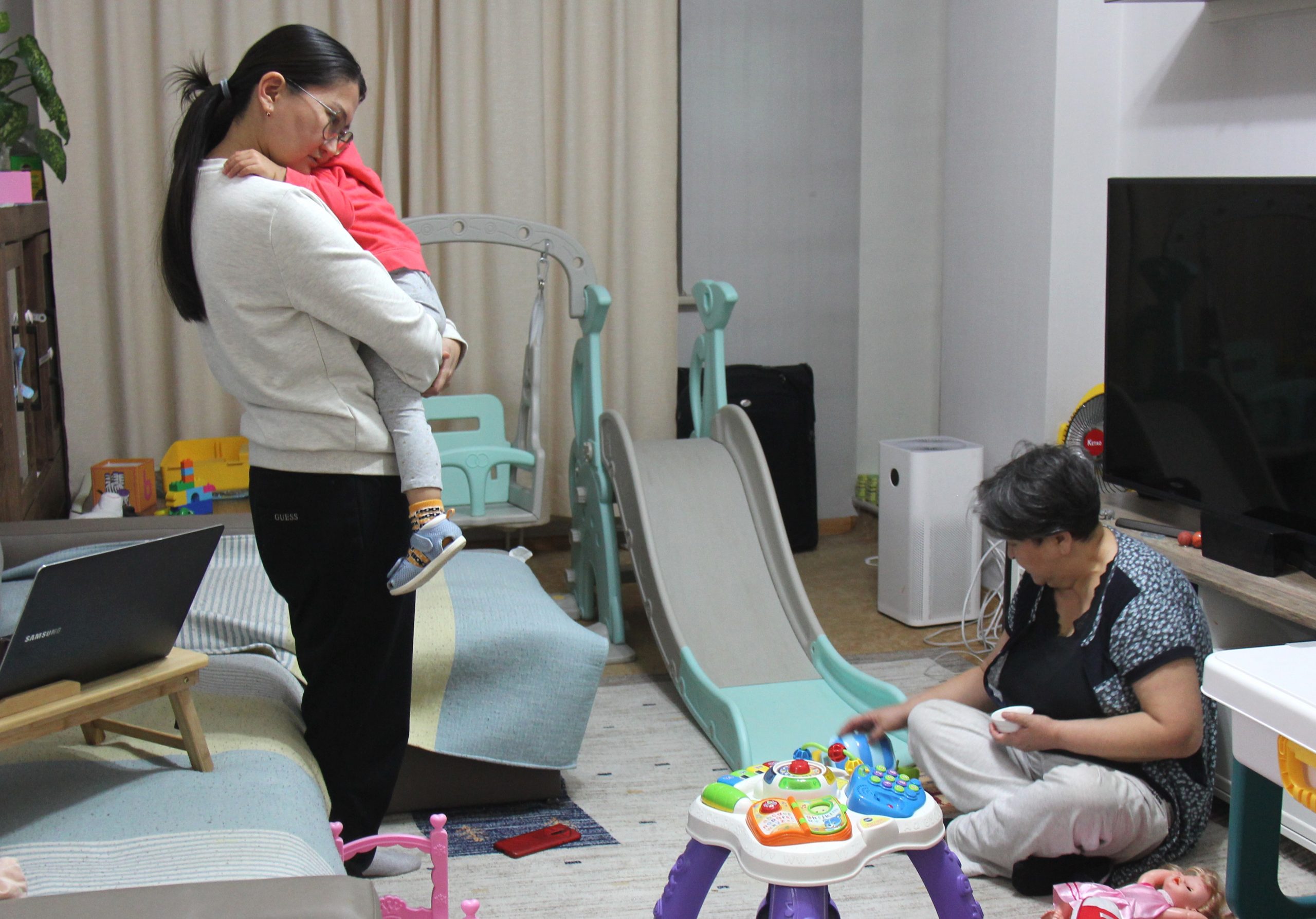 Holding up more than half the sky: women and childcare in Mongolia

Even before the COVID-19 pandemic, social norms in Mongolia have long dictated that women shoulder the heavier burden of childcare and domestic work. COVID-19 has not only laid bare this reality, but has exacerbated it.

As the pandemic struck, the Government of Mongolia responded quickly by shutting schools as early as January 2020, leaving many parents in a difficult predicament. The additional work of home schooling saw the care burden increase significantly, for both men and women. However, deeply entrenched patriarchal norms and structures meant that this had a disproportionate impact on women. Recent qualitative research by The Asia Foundation revealed that working mothers had to make major changes to adapt, such as closing their businesses, reducing operations, and quitting their jobs.

Many working mothers, however, did not have the option of leaving work to care for their children, either full- or part-time. Women in the public sector found it especially difficult to adjust their working hours, given many were directly involved in providing the government’s COVID-19 response. They described stress and exhaustion in trying to juggle their work and childcare duties.

35-year-old Dulmaa said she had to work long shifts and, when she finally had time to go home to be with her family, she was often called back to her workplace to attend mandatory “emergency meetings”. Failure to show up would have resulted in salary reductions. She described being increasingly stressed because she had little or no time to spend with her daughter.

The impact of the pandemic on some women working in the private sector was similar. While many private sector workers enjoy greater autonomy, this does not always mean freedom to modify work schedules. Bayarmaa, a 33-year-old beauty salon owner, had just started her business when COVID-19 struck, and was unable to reduce her work hours as she needed to repay a bank loan. The closure of kindergartens meant she had no choice but to ask her elderly mother to help with childcare. Her mother was also looking after her sister’s children at the same time.

These kinds of challenges have been recognised, and the government at various levels has attempted to address the additional burdens through a variety of policy measures. For instance, they encouraged private employers to institute flexible working hours, and they provided an extra hour of paid leave to parents in the public sector. Yet, given the entrenched nature of the unequal distribution of domestic labour, working mothers, and often their mothers too, have continued to struggle.

Social norms and values that relegate the bulk of labour in the care economy – childcare, care of the elderly, healthcare and education – to women, are also internalised by women themselves. Working women described feelings of guilt over not being able to look after their children themselves, and for “burdening” their immediate family members. Women often see themselves as inadequately fulfilling their “primary role” as mothers.

The pandemic has magnified the gendered distribution of the care economy in Mongolia, and its consequences for working women. In the second year of the pandemic, the need for change has become more urgent.

In the short term, planning and action are needed to provide emergency childcare support. Yet without broader structural change, entering the workforce and building a career will remain an uphill battle for Mongolian women.

Short-term measures need to be the precursor to longer-term initiatives that see greater investment in the care economy, greater recognition of the contribution of unpaid labour to the productive economy, and dedicated efforts to change social norms and values around masculinity, fatherhood, and men’s involvement in parenting. Through programs such as paid paternity leave, not only can men be incentivised to take a much more active role in the care of small children, but emerging evidence suggests that more positive norms of fatherhood are also inspired in the longer term.

As the pandemic has shown, Mongolia, along with most of the world, still has a long way to go in terms of redistributing the burden of childcare and domestic work more equitably between men and women. The pandemic has demonstrated – here and elsewhere – that in a crisis, stubborn inequalities of this kind can dramatically increase a country’s social and economic vulnerability.

This post is part of a collaborative series with The Asia Foundation. Names have been changed to protect the privacy of research participants.

This article draws on research exploring the varied impacts of COVID-19 on urban inequalities in Asia, funded under a partnership between the Australian Department of Foreign Affairs and Trade and The Asia Foundation, together with Kore Global. The views are those of the author only.