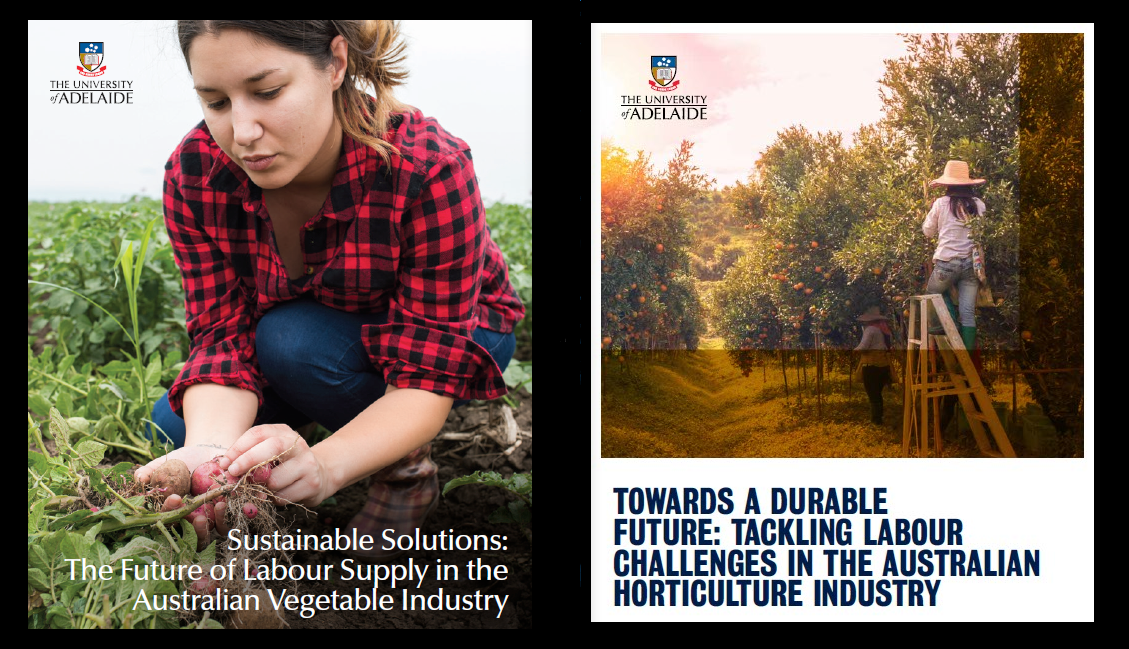 Horticultural labour: who fills the gaps? A response to Howes & Curtain

We appreciate the opportunity to respond to Howes and Curtain’s blog post on our two reports on labour supply in the horticulture industry – Sustainable Solutions: The Future of Labour Supply in the Australian Vegetable Industry (not available online but reviewed here) and Towards a durable future: tackling labour challenges in the Australian horticulture industry. We are concerned that our research findings, in particular our analysis of the Seasonal Worker Programme (SWP), have been misunderstood by Howes and Curtain and we are keen to ensure that this misunderstanding is not perpetuated.

The two reports focus on challenges in relation to labour supply and compliance with labour standards in the horticulture industry. Our purpose was to provide an independent and comprehensive overview of the labour supply needs in the industry, in terms of the type of work available, the level of skill required, the length of work engagements, and how the various labour needs are currently being filled through the use of local and migrant labour. An essential part of this examination was the extent to which labour supply in the industry was unsustainable because of exploitation of temporary migrants on valid visas and employment of undocumented migrant workers.

Our report took seriously the claim of industry that there is a shortage of local and migrant labour to satisfy their needs. In both reports we are sceptical of this claim, arguing that there is not a labour shortage, but a range of labour supply challenges. One of the main challenges, we believe, is the role of unregulated Working-Holiday Makers (WHM) in the industry, that has affected local workers and Pacific labourers on the SWP. In both reports we advocate a number of reforms that restrict the Working Holiday visa and better protect WHMs in the industry. In particular, we are critical of the requirement of 88 days of regional work for a second year visa extension, which exacerbates the existing power imbalance between employers and WHMs. As is well known, in late 2018, despite numerous reports identifying an unacceptable level of exploitation of WHMs, and particularly those working to satisfy the requirements for a visa extension, the government further liberalised the WHM visa, expanding the countries that can participate in the visa extension program, and making provision for a visa extension for a third year.

This is where we may differ in our analysis from Howes and Curtain. Although we are generally supportive of the SWP (see Chapter 3 of report 1 and Chapter 11 of report 2), we remain open to the possibility that the SWP cannot expand sufficiently to fill the gap. It is for this reason we look at what an agricultural visa might look like. We do not commit to an agricultural visa, but we do believe that a properly regulated agriculture visa is preferable to a WHM visa which places no specific obligations on employers to protect workers’ interests, and a large undocumented workforce that is flying under the radar of any labour regulation.

It may be that the steady growth in the SWP will continue as Howes and Curtain outline, such that it can replace the WHM visa as the primary migrant labour source for the industry. If it has this potential, we are supportive of a substitution of WHMs for workers on the SWP, with a caveat that attention needs to be directed to addressing the mistreatment of workers in the SWP. But in our estimation, the number of undocumented workers, and WHMs on a second year visa extension in the industry is well over 50,000. Despite steady growth, in 11 years the SWP remains only a small proportion of the migrant work force in the industry.

The first report does not mention an agricultural visa. Instead, we put forward two alternative reform packages (report 1, p. 23-24). The first was a better regulated WHM, and a redesigned SWP that had a lower regulatory burden on growers. The second recommended phasing out the second year visa extension for the WHM, and redesigning the SWP so it had two streams – a Pacific labour stream, and a stream for workers currently eligible for the WH 417 and 462 visa. The idea in this second reform package was to better regulate WHMs – we saw this as a way of making the SWP more competitive with the WH visa.

In the second report, we maintain our criticism of the WH visa and, because we were aware that the industry was considering an agricultural visa, outlined the regulatory criteria that would be necessary for an agricultural visa to adequately protect workers.

We are clear in the report that an agriculture visa should only be considered ‘in the circumstance that there is a labour market case for pursuing it’ (report 2, p. 112). If the labour market case is there, we believe that there are strong reasons for focusing on South-East Asian countries as participants in a scheme, but only if there are appropriate regulatory mechanisms to ensure enforcement of employment standards. The focus of the analysis in the second report is on proper regulation of the scheme to ensure that workers are not exploited, and to reduce any substitution effect with the SWP. The agriculture visa we explore in the report was distinct from the one that industry proposed (unsuccessfully) to the government in late 2018. Howes and Curtain are right to point out that we did not discuss the implications of introducing an agricultural visa on strategic and developmental concerns in the Pacific. This is clearly an important consideration for government and would need to factor into the design of an agricultural visa. It is important to note, however, that relations with our South-East Asian neighbours are also of great strategic importance.

A major concern with the horticulture workforce is its high level of segmentation. Visas with different degrees of rights for workers, obligations on employers, and regulation by government compete in the same labour market. These create opportunities for the substitution of one type of worker for another. It has made it difficult for the SWP to gain a strong foothold in the industry. The vulnerability of the SWP to substitution, particularly by WHMs and undocumented workers, has meant it has required strong advocates. However, there is a danger that promoting any one program will inflate its potential within the context of labour supply in the industry as a whole.

Alex Reilly
Alex Reilly is Professor of Law and Co-Director of the Public Law and Policy Research Unit at the University of Adelaide.

Joanna Howe
Dr Joanna Howe is an Associate Professor of Law at the University of Adelaide and a consultant with Harmers Workplace Lawyers.

Stephen Clibborn
Dr Stephen Clibborn is a Senior Lecturer in the Discipline of Work and Organisational Studies at the University of Sydney Business School.

Chris F. Wright
Chris F Wright is a Senior Lecturer in the Discipline of Work and Organisational Studies at the University of Sydney Business School.