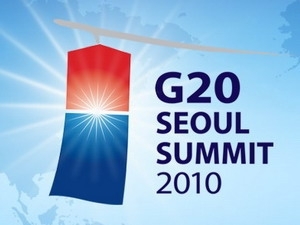 (Editors note: The G20 Summit Meeting takes place in Seoul on 10-11 November. This article summarises a paper commissioned by the Presidential Committee for the G20 Summit of Korea.)

The G20 has undertaken to work for ‘strong, sustainable and balanced growth’ that is shared across all countries and regions of the world, and is consistent with its development goals – see the Pittsburgh and Toronto G20 communiqués. The first part of this article examines the nature and determinants of Low Income Countries’ (LICs) growth.

The evidence shows that the largest contribution to reducing extreme poverty in LICs comes from the growth of incomes (output), rather than redistribution. This addresses Millennium Development Goal (MDG) 1 directly, but, by creating the resources to finance services, growth also underpins the achievement of the other MDGs. Of course, output growth is not the only thing that matters: the equitable distribution of income is intrinsically desirable and fosters poverty reduction and growth based on the rapid depletion of natural capital is not sustainable. Nonetheless, growth is fundamental.

High and sustained growth has proved elusive for most developing countries, but there are exceptions. The Republic of Korea is perhaps the most notable: Korea has grown at an average 6.1% p.a. since 1962, from an income level around Guatemala’s to one eight times larger by 2007. Box 1 below analyses this experience.

In seeking to assist LIC growth, G20 should focus on the issues in which it has a comparative advantage and which complement other development efforts – viz. those based on the achievement of strong, sustainable and balanced growth through international economic cooperation.

Is LIC growth different from growth in other developing countries?

A notable feature of all developing countries’ growth is its volatility – it is typically episodic, erratic and characterised by country-specific patterns. Growth accelerations and collapses are identifiable features of these patterns and countries transition between such different growth regimes fairly frequently. The challenge for most developing countries, and especially for the LICs is, hence, not only achieving growth but sustaining it.

Countries that are LICs today have, more or less by definition, grown at low or negative average rates for much of the recent past. Hence, it is not surprising that, as a group, they record a pretty dismal performance. Their plight is real and we should be concerned about them.

However, if we want to identify the consequences of having low income for future economic prospects, we need to choose a period of history and focus on the performance of those countries that started it with low incomes.  Table 1 compares the income growth and volatility of today’s LICs with those of countries that were LICs in 1962 and other richer countries.

While using current income to define low, middle or high income countries suggests that LICs have much worse growth performance than other countries (0.2% p.a. vs. 2.3% and 3.2%), block (B) of Table 1 shows that the group of countries that started off as LICs in 1962 can grow on average at the same 2% p.a. as the other groups.

On the other hand, the data also shows three other interesting features:

What are the implications for policy-makers?

If we could have mitigated past downturns such that the frequency or the depth of LICs’ periods of negative growth had been halved, current their average growth over 1960-2007 would have been 1.2% p.a. rather than 0.2% p.a. – a significant gain; but for the countries that started as LICs, the increase would have been only from 2.0% p.a. to 2.6% p.a.

Such gains are desirable, but they are not so large as to suggest that mitigating downturns should be our only objective.

Given that most growth analyses predict that growth should be faster the further a country is from the frontier, LICs ought to be able to do better on average than other groups; hence we would also prioritise actions aimed at trying to raise the LICs’ underlying growth rates.

In the second part of this article, tomorrow, we will look at how the G20 can help poor countries to achieve higher and more sustained rates of economic growth.

L. Alan Winters
Alan Winters is the Chief Economist at the British government’s Department for International Development (DFID) and Professor of Economics at the University of Sussex. From 2004 to 2007 he was Director of the Development Research Group of the World Bank.