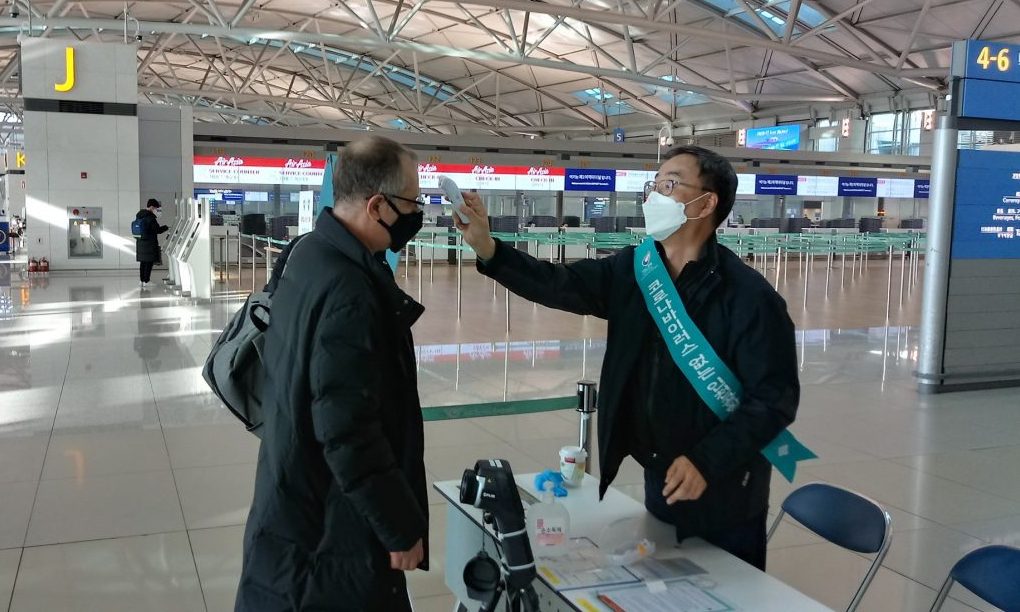 Turning government failure into success: how Korea learned from MERS to succeed on COVID-19

South Korea has been showcased as an exemplar in the global fight against COVID-19. The country’s testing capacity, combined with its ability to trace people who may have been exposed to the virus and treat patients, has been highlighted as the key to its success. What I find more interesting about Korea is not so much what they are doing but why they are doing it. Korea’s current success builds on previous failures, on the government’s ability to learn from past mistakes and to institutionalise those lessons.

Around the time of President Roh Moo-hyun’s inauguration in 2003 Korea faced several mega-disasters including Typhoon Rusa (2002), the subway arson attack in Daegu city (2003), and outbreaks of avian influenza (2003–2004) and Severe Acute Respiratory Syndrome or SARS (2003). These events prompted the Roh administration to put in place Korea’s first major disaster management reforms, moving beyond a traditional focus on national security to a multi-threat approach that addresses both natural and social disasters — including infectious diseases. Subsequent administrations continued to enhance the system. For example, the 2010 Infectious Disease and Control Prevention Act incorporated lessons learned from the 2009 H1N1 influenza pandemic.

In 2015, Korea’s capacity was again tested. Again, it failed. A combination of mistakes, mismanagement and a lack of protocols to deal with infectious diseases led to Korea becoming home to the largest outbreak of the Middle East Respiratory Syndrome (MERS) outside of the Middle East. What started with the exposure of one person resulted in 186 confirmed cases, 38 deaths and more than 16,000 quarantined. The mistakes made during the MERS outbreak led to a series of legal, administrative and institutional changes focused on how to deal with infectious diseases, which are currently the pillars of Korea’s success in managing COVID-19. This post builds on an earlier Devpolicy contribution about Korea’s experience by detailing the important changes the country made as a result of the MERS outbreak.

Testing was cumbersome during the MERS outbreak. It required several days to get lab results, and testing was only available to at-risk patients. This time around, testing capacity and protocols have improved substantially. In 2016, for example, a new law was enacted that enabled fast-tracked development of testing. This change increased substantially the country’s ability to identify active cases during the current pandemic. Korea reported its first case the same day as the United States, 20 January. Just 49 days later, Korea was carrying out 382 times more tests per 1,000 people than the United States, putting it among the countries with the highest testing capacity in the world.

Tracing and quarantining infected individuals was slow during the initial stages of the MERS outbreak. After that, public disclosure provisions were added to the Infectious Disease and Control Prevention Act to expedite response capacity. This time Korean authorities have been using all of the available resources and technology (including GPS data, credit card transactions and closed-circuit television) to trace the movements of infected patients and identify those at risk. Below is an example of depersonalised information from an infected patient available on the Seoul Municipality’s website.

Treatment of infectious diseases changed after MERS, when 45 per cent of cases were connected to a single hospital. New protocols were put in place, with special emphasis on infectious diseases, to minimise person-to-person infections at hospitals. Health infrastructure and stockpiles of personal protective equipment were also expanded. Ten new hospitals – equipped with adequate beds and isolation rooms – were designated as infectious diseases hospitals, increasing the total number to 29 across Korea’s main cities and provinces.

Crisis communication failed during the MERS outbreak. This time the government has made a conscious effort to earn citizens’ trust, leading a comprehensive and transparent information campaign in all matters related to the evolution of COVID-19, especially regarding risk factors and containment measures.

Institutional capacity was strengthened after the slow response to MERS. It led to an increase of staff and better training for infectious diseases preparedness and control at the Korea Centers for Disease Control and Prevention (KCDC) and across national and local governments. Likewise, Rapid Response Teams were established to deploy in case of an infection. Hospitals improved their ability to prevent and control infectious diseases, particularly in emergency areas, which has reduced the risk of infection for health workers during the current crisis. The development and use of the implementation playbook for the prevention and management of infectious diseases has enhanced coordination and response mechanisms. Finally, over the past five years the Korean Government has significantly increased public spending to enhance its response capabilities, including on new information systems and stockpiling measures.

As at 13 July, COVID-19 has been detected in almost every country in the world, with over 12 million confirmed cases and more than 550,000 deaths worldwide. While this crisis is far from over and requires urgent action, I hope the lessons we are learning and the challenges we are facing are not wasted. For me, the best way to honour the lives lost and the suffering of their loved ones is to make sure it doesn’t happen again.

As this crisis has shown, the impacts of the pandemic are not only the result of government responses during the emergency, but also of pre-existing structural issues like poverty or inequality. These social conditions and the response capacity (for example, in health and social protection systems) are the result of past public policies and years of investing (or not) in strong systems.

The pandemic has exposed the weaknesses and strengths of different countries, and has demonstrated, loud and clear, the need for effective government to solve collective action problems and to create equal opportunities for all. The most valuable lesson Korea has given us is their capacity to learn from past mistakes and to institutionalise change. Will we learn too?