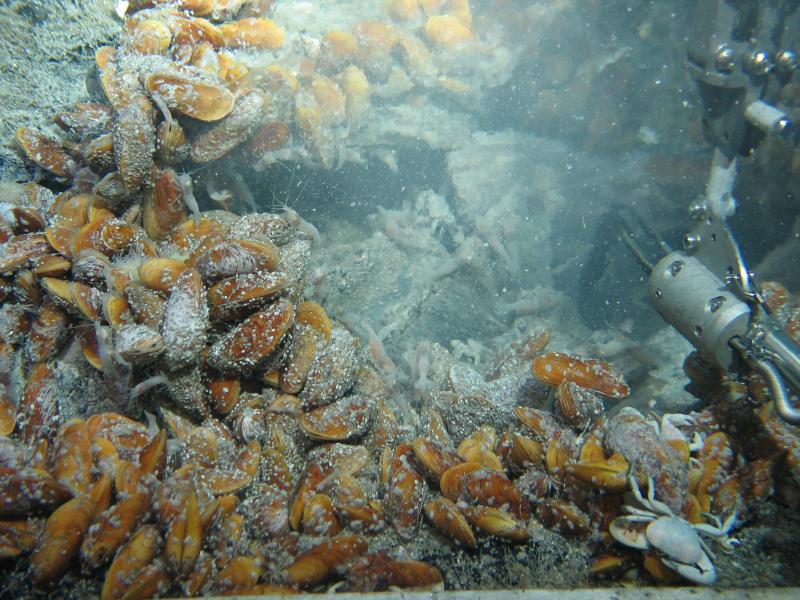 In January this year, the managing director of Papua New Guinea’s Mineral Resources Authority declared that the proposal to develop what had once been touted as the world’s first deep-sea mine would ‘not get off the ground’. This was a far cry from the optimism that surrounded the grant of the first seabed exploration licence to Nautilus Minerals Ltd, a company formerly listed on the Toronto Stock Exchange (TSX), back in 1997. The PNG government was still enthusiastic when it granted the company its first mining licence in 2011 — so much so that it opted to purchase a 30 percent stake in the project, the maximum allowed under the terms of PNG’s Mining Act. But by that time a cloud of controversy already surrounded the project as a rainbow coalition of environmental defenders and orthodox Christians mounted a campaign against the treatment of PNG as the proverbial guinea pig in a ghastly industrial experiment. Some members of this coalition are now asking why the government has not cancelled the mining licence if the project is dead in the water.

Once the mining licence had been granted, Nautilus set out to assemble a complex system of machinery that would enable it to exploit a number of ‘seafloor massive sulphide’ deposits beneath the Bismarck and Solomon seas. However, as time went by, it became clear that the company was having trouble raising the capital to pay for the production of this assemblage. In December 2017, it had to inform the TSX that it could not afford to pay what was owed to the Chinese owners of the shipyard where its ‘production support vessel’ was being loaded up with all the mining equipment. Shortly after the vessel had been launched in March 2018, the one big mining company that still held shares in Nautilus, Anglo American, announced that it would sell them because the project did not meet global standards of corporate social responsibility. The Chinese shipbuilders then tried to cut their own losses by selling the vessel to an Indian company, but the buyers refused to complete the transaction unless someone first removed the mining equipment so that the boat could be ‘repurposed’. In the first few months of 2019, Nautilus had to seek legal protection from its own creditors in a Canadian court and was delisted from the TSX. In August 2019, the creditors voted to liquidate the company.

It is not clear whether the business model and engineering designs were flawed from the outset, or whether the project succumbed to the power of an oppositional campaign that grew from local roots to global outrage. By the time the company had already lost control of its material assets, Sir David Attenborough, ‘arguably the most famous voice in the world’, declared that any deployment of these assets to the seafloor would be ‘deeply tragic’. Shortly afterwards, a representative of the Deep Sea Mining Campaign, a non-governmental organisation based in Australia and New Zealand, said that it was ‘not just the company that is sinking, but the project — and the concept of deep-sea mining itself — that is going down with it’. The PNG Council of Churches published a statement saying that ‘it will be a joke to the world if PNG says yes to this destructive monster in the absence of a relevant national policy and legislative framework on off-shore seabed mining’. And in anticipation of its final demise, a spokesperson for the Alliance of Solwara Warriors, a community-based organisation based in New Ireland Province, declared that it would be ‘good news for my people if Nautilus goes bankrupt, instead of bankrupting our sea’.

The PNG Government was both delinquent in its failure to finalise an offshore mining policy and foolish in its decision to borrow the money to pay for a major stake in the project. The second of these faults was already recognised in 2012 when government officials tried to terminate the joint venture agreement, but Nautilus was short of cash, as usual, so was unwilling to let the government off the hook. The two sides eventually reached a compromise under which the state would initially purchase a 15 per cent stake with an option to purchase the other 15 per cent at some later date. When Nautilus was liquidated in 2019, the government tried to get some of its money back by claiming that it was a creditor rather than a partner, but this argument was firmly rejected by a Canadian court. That left PNG’s minister for state-owned enterprises to lament that more than US$120 million of his government’s money had simply ‘sunk into the ocean’.

So does the liquidation of Nautilus mark the end of the road for the deep-sea mining industry?  That might be the case in PNG, but the Pacific Ocean continues to be at the forefront of the global deep-sea mining frontier. There are thought to be hundreds of active exploration licences in the national waters of six Pacific island nations, and four Pacific island states have sponsored the grant of exploration licences in the extra-territorial ‘Area’ administered by the International Seabed Authority, an entity established by the UN Convention on the Law of the Sea. Indeed, of the 30 international exploration licences so far issued by this body, 25 are in the Pacific Ocean, 18 of which are in the Clarion Clipperton Fracture Zone (CCFZ). This area is rich in potato-sized ‘polymetallic nodules’, another type of deep-sea mineral deposit that has attracted the attention of some of the individuals who made significant gains from their investment in Nautilus during the period of its spectacular growth between 1997 and 2007. The legacy of that investment continues in the form of a company called DeepGreen, which was established by former Nautilus CEO David Heydon. This new company has its sights set on hoovering up these nodules from the seabed of the CCFZ with support from the governments of Nauru and Kiribati. It may well turn out that the fate of the deep-sea mining industry will ultimately turn on the quality of their vacuum cleaners.