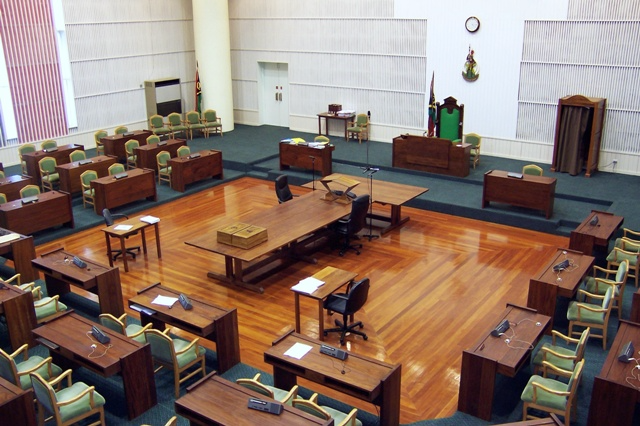 The absence of party system institutionalisation in the independent Pacific has puzzled scholars and frustrated reformers for decades. The Caribbean experience highlights that investing in trade unions, or civil society organisations more generally, may well be the best way to facilitate party system institutionalisation in the Pacific. However, it also offers a cautionary tale for would-be reformers who assume that stronger parties will curb the hyper-personalisation of politics.

Pacific states buck these assumptions. Party systems are weak or absent, yet the region is often regarded as an ‘ocean of democracy’. Many Pacific states operate versions of a Westminster system, which is supposed to ensure a strong executive authority, yet aside from a few exceptions (such as Samoa), governments are regularly toppled by votes of no-confidence. As with small states elsewhere, Pacific states lack strong ideological cleavages, with political competition defined by contests between key personalities. This persists regardless of the electoral system each state employs.

There is a temptation to explain this divergence (from mainstream political science theories about party system development) as the product of the small size of these states, which in theory should accentuate attitudinal homogeneity, consensus and the personalisation of politics. But if small size was the only factor, we would expect other regions of small states, such as the Caribbean, to have a similar absence of party systems.

They do not; quite the opposite, in fact. Caribbean small island states were colonised by the same powers as in the Pacific, also adopted Westminster institutions and have comparable population sizes, but are home to some of the strongest and most stable two-party systems in the world. Indeed, Arend Lijphart, one of the most famous scholars of constitutional and electoral system design, argued that the ‘purest’ Westminster systems in the world can be found in the Caribbean.

We set ourselves the task of explaining this divergence between the Pacific and the Caribbean in this recent article. In short, the key difference is the near absence of trade unions in the former and their domination of electoral politics in the latter. But why does the Caribbean have strong trade unions and the Pacific does not? The answer lies in the timing and intensity of colonisation in both regions.

Caribbean societies were colonised much earlier than the Pacific. Colonists used slave labour to develop plantation economies. These plantation economies survived abolition and ultimately begot a strong union movement from the 1920s. The industries that produced these union movements have long since declined, but the calcified structures of labour organisation remain and underpin contemporary party competition. From a distance, this looks like a version of the cleavage theory outlined above. However, the key difference between Caribbean two-party systems and those of other former British colonies such as Canada, Australia or New Zealand is that in the Caribbean both parties have their roots in the union movement. That is, the party system is defined by competition between one branch of the labour movement and another.

By contrast, Pacific states are farther from the European metropole and geographically dispersed, resulting in relatively late colonisation. Colonists were inclined to leave traditional governance and land tenure alone. They trialled plantations but, despite indentured labour in Fiji and ‘blackbirding’ in Vanuatu and Solomon Islands, tended to abandon them because they were unprofitable. Copra was the main exception, but is a less labour-intensive industry than sugar or bananas. Labour activism was suppressed and, as a result, is now virtually non-existent outside the public sector. The exception is in Fiji, which is also the one Pacific state to have had periods where a stable party system, akin to Trinidad and Tobago or Guyana, functioned for a time. Elsewhere, parties existed and were often quite strong in the immediate post-independence period, but now tend to rise and fall on the strength of key leaders.

The importance of the organisational function trade unions provide speaks to an old but increasingly overlooked literature on party bureaucracies. In Political Parties: Organization and Power, Angelo Panebianco argued that the first cadre parties, formed in Western European parliaments during the nineteenth century, mostly emerged as a result of centre-controlled ‘penetration’ or spontaneous germination, by means of which local parties were integrated into a national party organisation (a process labelled ‘diffusion’). He linked the strength of these party organisations to their longevity and consolidation, as organisational structures allowed them to accumulate resources, recruit and train candidates for office and run election campaigns.

The implications of this argument are twofold. For scholars, we revive this literature on the importance of party organisation to explain divergent party system development in two similar regions where alternative explanations fail. These alternative theories may be most relevant in small states where social cleavages are absent, but our investigation offers an opportunity to consider old cases in new and penetrating light, too. For donors and would-be reformers interested in cultivating party system development in the Pacific, the lesson is that history is against you, but investing in trade unions or civil society organisations more generally may well be the best place to start.

Having said that, the Caribbean also offers a cautionary tale for would-be reformers in the Pacific who assume that stronger parties would curb the hyper-personalisation of politics, cure executive instability and lead to better governance. The problem is that having strong two-party systems in the Caribbean has not meant that politics is any less personalised. As outlined, unions provide an organisational function, but their presence has not led to ideological or programmatic competition. What’s more, reformers in the Caribbean tend to have the opposite concern to those in the Pacific: they worry that strong party systems produce executive domination and, in extremis, authoritarian tendencies; when leaders win office in the Caribbean, they tend to be very hard to dislodge. Thus, their small size matters for explaining the politics of both regions, but the contingencies of history mean that it can produce quite different party systems.

This is an edited version of In Brief 2019/26, originally published by the Department of Pacific Affairs at ANU as part of their In Brief series.

Jack Corbett
Jack Corbett is Professor of Politics at the University of Southampton.