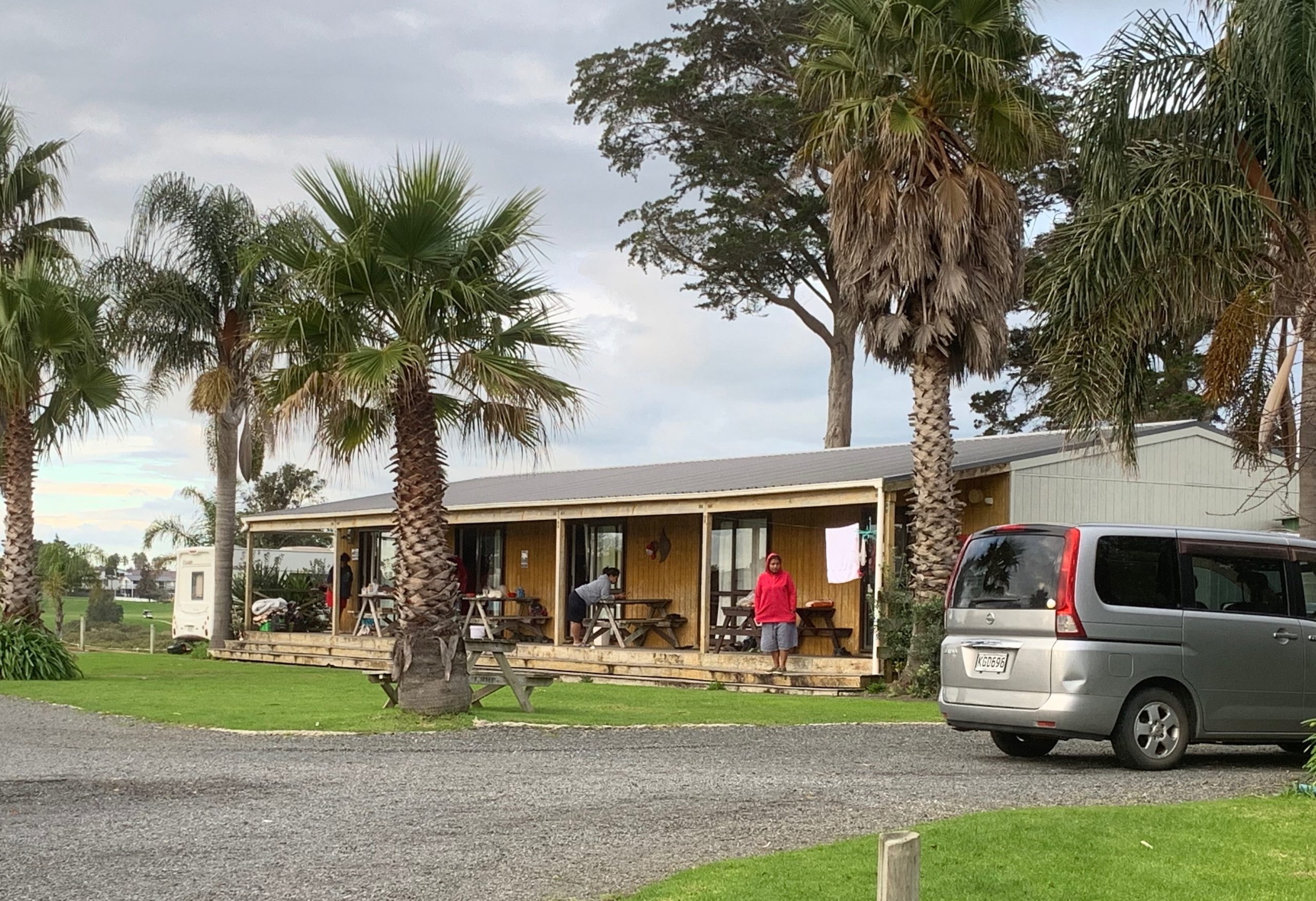 As recounted in our first blog, 286 I-Kiribati workers, including 97 women, have been in New Zealand since borders closed early last year, with no way home. This blog continues to tell the story of 47 of the I-Kiribati women.

The way the Recognised Seasonal Employer (RSE) scheme works requires team members to spend most of every day working and living in close proximity. For the three groups of women, living together for more than 18 months has led to personality clashes and disagreements over work and own-time activities and behaviour; at times challenging group solidarity. Uncertainty about future seasonal work, anxieties linked with family issues in Kiribati, and the absence of any clear time horizon for their stay in New Zealand which has been compounded by New Zealand’s recent COVID-19 community outbreak, have contributed to these tensions.

Coping with extended periods apart from their partners is difficult for the I-Kiribati women and the men. The incidence of STIs among I-Kiribati workers has increased according to one pastoral care worker who is devoting a lot of time to safe sex education. There have been six reported pregnancies among the group of 47 women, and, to date, five of the I-Kiribati women have given birth in New Zealand.

In previous years, if an RSE woman discovered she was pregnant she would be supported to return home to give birth. This has not been possible for the I-Kiribati women. RSE workers are not eligible to access New Zealand’s public health system free of charge, and RSE medical insurance, which is mandatory, does not cover pregnancy and childbirth costs. The costs, which start at NZ$9,000, fall directly on the worker.

Childbirth away from home has been one of the most complex wellbeing issues to manage, and has required significant collaboration between the I-Kiribati mothers, RSEs who have arranged for paid maternity leave via government assistance and provided ongoing pastoral care, and members of the I-Kiribati community in Auckland who have housed new mothers and continue to offer support.

For the I-Kiribati women, alongside navigating relationships with team members and others in New Zealand, they are also maintaining relationships with family members at home. For some, this includes young children who are in the care of partners and extended family while the women are absent. The women are missing important family events – celebrations, bereavements – and, for 43 of the women who have children, they may be missing rites of passage for children at different life-stages (especially church and school-related events.) The husbands of two of the women have died while they are in New Zealand. One husband was the primary caregiver for their children, necessitating new arrangements to be put in place for the children’s care, while also coping with the unexpected bereavement.

Some of the women operate small businesses in South Tarawa and these too are being managed by others in their absence. For family members back home, who have been responsible for the care of dependents and/or business operations for much longer than anticipated, this has placed additional burdens on them.

All of the I-Kiribati women we interviewed in New Zealand, aside from two who have recently given birth, regularly send remittances back to families. For some, the extended seasonal work and associated remittances have led to pressure from family for the women to stay, rather than try to return home. This creates tensions for the women who are physically and mentally exhausted and missing their families, but also know their unexpected stay gives them an opportunity to earn money at levels they will never achieve in Kiribati where most of them do not have regular cash-earning opportunities.

Not all of the I-Kiribati women want to leave; some are keen to stay for as long as possible. But there is growing consensus – among RSEs, New Zealand government officials, Pacific liaison officers, as well as members of diaspora communities – that the I-Kiribati RSE workers need to have the option to return to their families.

The women and their employers, supported by members of the resident I-Kiribati community, have shown incredible resilience and adaptability over the past 18 months in the face of difficult, and often changing, circumstances including the present nationwide lockdown due to COVID-19. These experiences have, in turn, strengthened employer-worker relationships which are at the heart of the RSE scheme. But the RSE scheme is not designed for workers to remain indefinitely. Negotiating a viable pathway home for I-Kiribati RSE workers must become a priority for both the New Zealand and the Kiribati governments once New Zealand’s COVID-19 outbreak is eliminated. How to go about this we discuss in a companion blog.

This is the second blog in a series on #I-Kiribati women workers in NZ.

Rena Tekanene
Rena Tekanene is a former senior official in Kiribati’s Ministry of Health and now resides with her family in Auckland. She was an adviser and interpreter for interviews with I-Kiribati workers as part of the RSE Impact Study in 2019 and continues to provide support to one of the main employers of I-Kiribati seasonal workers in New Zealand.