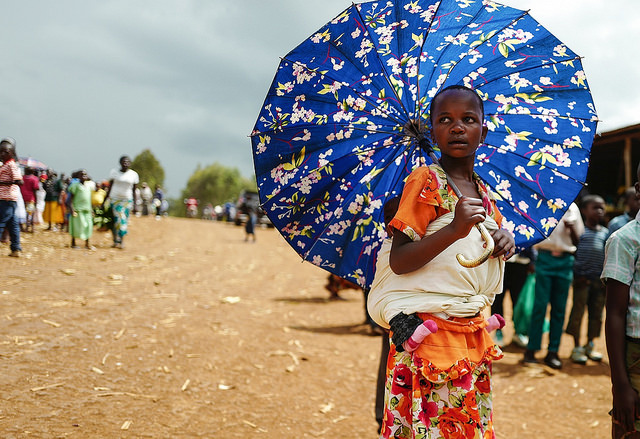 Among the Devpolicy blogs that have lingered the most for me over the past few months have been reviews of two memoirs about women who went to work in Papua New Guinea, Trish Nicholson’s Inside the Crocodile and Inez Baranay’s Rascal Rain.

There is a lot to admire in both books. (I also reviewed Nicholson’s book for Fairfax here). The authors’ personal narratives are rich in human depth and capture well the tapestry of the unanticipated and unforeseen well familiar to anyone who has spent time working on a development project or program.

One of the thoughts that the blogs raised for me was about how academic writing on development can best engage with the everyday world of development described in books like these, a world where:

The herky-jerky nature of development doesn’t fit easily with either the deliberative, rational, structured discipline of academic writing or the perceived boundaries of academic publishing. In many of the academic articles and chapters I have published, I worried that I was not fully capturing the complete mosaic of all I saw and felt. And anytime I’ve tried to salt in a story or two, I’ve fallen foul of the anonymous reviewer. One memorable comment I received early in my career was that a draft article about police development in Timor-Leste was ‘just too lively’.

Yet not engaging with life’s idiosyncrasies means that academic writing can occasionally feel somewhat incomplete and just that little bit aseptic.

Two books that I recently reviewed as part of a collection for International Peacekeeping have shown me that scholarly rigour doesn’t need to be in contradistinction to telling it as it is. (The review is behind a paywall and if you don’t fancy forking out more than $50 AUD for the piece, email me if you’d like a pdf version). The books in question are Peaceland by Séverine Autesserre and Aid on the Edge of Chaos by Ben Ramalingam. I can’t recommend them highly enough. Each book was an analytically sophisticated work but that was not necessarily the prime reason why I found them so compelling. What made them stand out was that the authors grounded their books in a world that was so recognisably complicated and human.

Peaceland examines how the everyday lives of peacebuilders and the inner incentive structures of their organisations combine to hamstring their effectiveness. Cocooned from the local population, not speaking relevant languages and spending most of their time talking to each other, the legacy of all this effort is not very much.

The book is replete with examples that should be enough to make anyone sitting in the expat zones of ‘Peaceland’ squirm: a Congolese who impersonated being a Puerto Rican in order to be taken more seriously by international staff, multiple tales of projects backfiring through being ‘copy and pasted’ from one place to another, and examples of the turf wars that snarl up so many endeavours. Autesserre was describing a world that was very recognizable to me. Her examples that pepper the book makes her conclusion that ‘the standard practices of on-the-ground peacebuilding run counter to common sense’ a hard one to refute.

Ramalingam’s vista is development programmes writ large­ but he is as equally unimpressed with its dismal return. Like Autesserre, Ramalingam has gathered up plenty of salutary examples of simplistic thinking and their attendant disastrous consequences. He starts the book with an example from Indonesia, where external ‘assistance’ to agriculture in Bali resulted in the effective tearing down of a rice cultivation and production system that had been working well for nearly a thousand years before the intervention.

The central argument of his just as compelling book is that development projects should stop trying to design out or wish away the complexities of life. We can’t solve problems until we change the way of thinking that led to those problems in the first place. This means shunning easy technocratic solutions and accepting the world with all its complications, contradictions and complexities.

Ramalingam’s search for a different path takes him to literatures of science, social science, urban planning, business and economics that acknowledge life in all its fullness. Ramalingam lays out a world of interconnection, networks, emergence, non-linear change, tipping points, systems that evolve and morph over time. All the way, he cites nuggety examples of real-world failures and successes. Among the examples he includes are efforts to tackle desertification in Southern Africa, combatting child malnutrition in Vietnam, and the efforts to eradicate smallpox globally.

Also of note is that Autesserre and Ramalingam bring personality and gentle humour to the page, showing there is greater scope for a more relaxed writing style in academia than many would initially have thought. Ramalingam’s must be among the first books published by an academic press (OUP, no less) that contain a collection of world-weary cartoons.

Great reads that give me encouragement to test the boundaries more the next time I embark on an academic article.

Gordon Peake’s Beloved Land: Stories, Struggles and Secrets from Timor-Leste was winner of the 2014 ACT Book of the Year and People’s Choice Award. His website is gordonpeake.com.