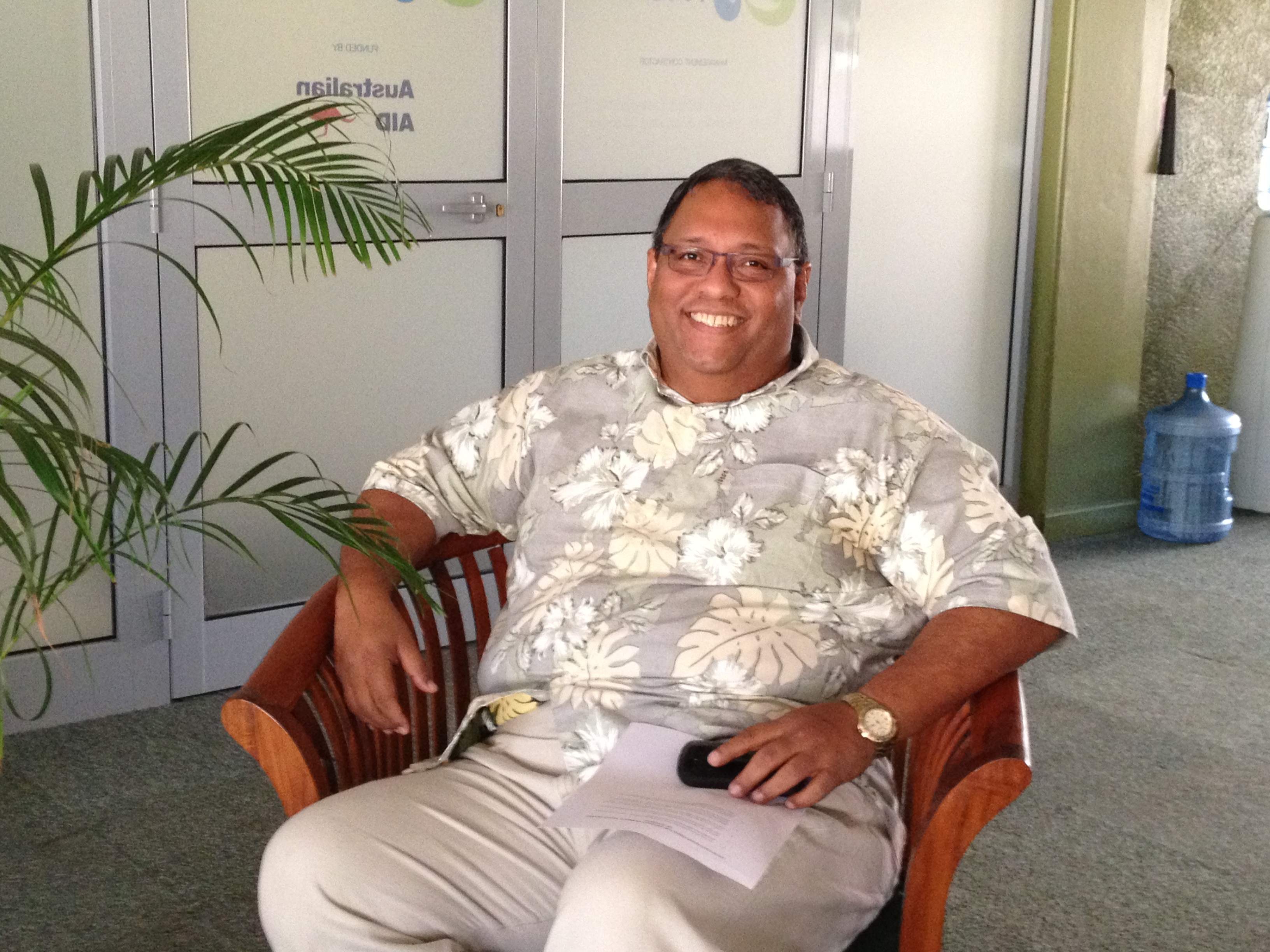 In conversation with Francis Herman on Pacific media

Recently, Tess Newton Cain spent time chatting with Francis Herman. You can listen to a podcast of their conversation here or download the full transcript here. This post captures some of the key points they discussed.

Francis Herman is Program Manager of the regional Pacific Media Assistance program (PACMAS) and a highly experienced media professional, so he started by giving his assessment of the media landscape of our region.

A particular strength of the media is its diversity, which is in turn a reflection of the region, whether it is in relation to culture, political environment or economic status. Francis also reflected on the strength of the oral culture throughout the region and noted that, even with the rise of the mobile phone, radio remains a very important means for people in the Pacific to get information. Turning to weaknesses, he identified significant geographical and logistical challenges as being impediments to the growth of traditional media such as newspapers, radio and television: How do you get a newspaper out to rural areas? How do we ensure that the radio and television signal reaches every single household in the country? Those are horrendous difficulties.

A further challenge to the development of media in the region is the lack of consistent, good quality training for journalists. A particular concern is the high dropout rate of women from journalism courses, which he attributes largely to the cost of education.

In relation to media freedom in the Pacific, Francis said that in his opinion it had been thwarted by the politics of the Pacific. Whilst the situation in Fiji has been the subject of a lot of concern and debate, he summarised the effect of military rule and rule by decree as having ‘neutralised’ the media in that country. Taking a wider view, he commented:

“My fear is that the effectiveness of the way the military has controlled and neutralised the media in Fiji is, and could be, having a flow on effect on the other countries.”

As evidence for this position, he pointed to numerous countries introducing legislation or government-controlled regulatory authorities with the intent of controlling the media rather than allowing for a self-regulated but responsible industry.

Further to the issue of self-regulation, we discussed the relative significance of national and regional media associations. Francis said that an historical over-focus, by donors and others, on regional organisations over national ones had appeared to result in a lack of strength at both levels. He feels there is a need to strengthen national peak bodies, not only to support the industry in-country but also to make a valuable contribution at a regional level and beyond.

National media organisations are much closer to what is happening on the ground in their own countries than is possible for regional associations. One function that national peak bodies could take on is to establish complaints mechanisms, not least as a means of pre-empting governmental attempts to control the media.

At the regional level, Francis acknowledged the fractured nature of representation of media interests. Without undermining the significance of regional organisations, he feels that national bodies are more important in the current climate.

The impact of social media

Far from being ‘hype’, the impact of social media is very real in the region:

Whilst some media organisations are looking to social media options as a means of generating low cost or free content, through ‘citizen journalism’, there is more to be done to really embrace the potential of social media and the impacts it can have.

There continue to be concerns about the inclusivity of social media usage in our region. But Francis believes it is very important that political leaders and policy makers make themselves more aware of its potential uses and applications, particularly in facilitating dialogues between the governing and the governed.

Gender and the media

We touched on issues of gender several times during our conversation. Francis said that whilst around 80% of media practitioners in the region are women, at senior levels female representation is almost non-existent.

Not having many women in positions of leadership within the industry takes its toll:

“It has a big impact. In my view and my experience, it doesn’t necessarily mean that more women in the media literally translate to more coverage on gender issues. In the organisations I’ve worked with, it has never happened that way. But you need women in positions of authority who can influence policy. So it becomes a policy of a particular media organisation that more attention is paid to gender.”

Francis believes that those who work in the media can do more to educate themselves about gender, sexuality, disability and other issues of inclusivity to ensure that all groups within society feel that their concerns and viewpoints are represented in public discourse.