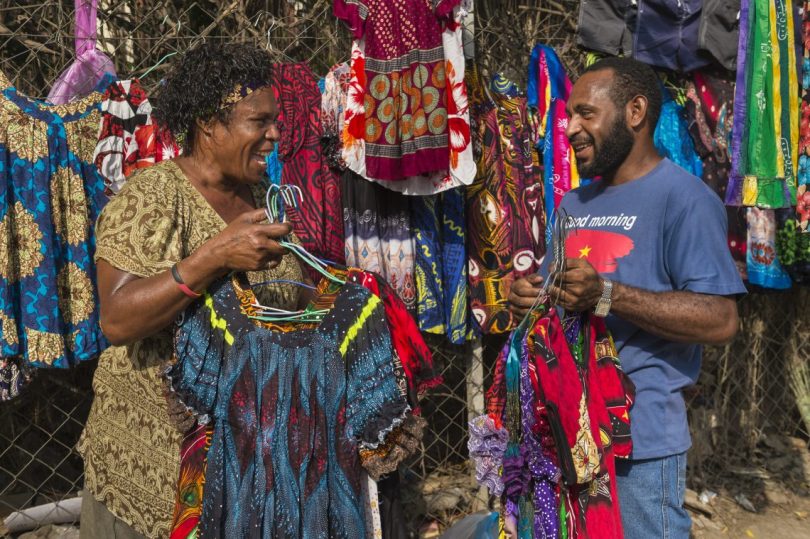 Women’s empowerment is a key issue in PNG. However, there is still limited PNG-based evidence on “what works” when it comes to empowering women. In a recent paper, I look at one important component of empowerment, economic autonomy—in particular, women’s level of control over their own and their household’s spending decisions.

To find out which factors were linked with economic autonomy I used data from one of the largest surveys on financial access and capability conducted in PNG. The survey was conducted by the PNG Institute of National Affairs in 2014 and is representative of two of the largest provinces, Morobe and Madang. Together, these provinces contain approximately 16% of PNG’s population and are home to two of the five largest urban districts, including the commercial and manufacturing hub of Lae.

The results provide some surprising insights and important policy implications for programs that aim to empower women. 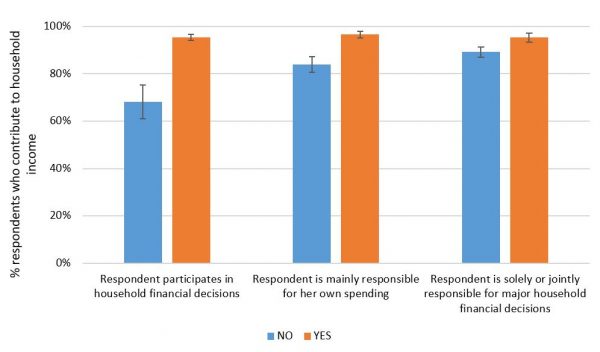 What does this mean in a practical context? Should programs be designed to get more women in to paid work? Perhaps, but any such program or policy needs to be cautious about cultural context and focus on the whole society rather than just individual women. For example, some programs in PNG and the Pacific explicitly aiming to increase women’s bargaining power through greater economic resource attainment have led to greater work burden, violence, and partners contributing less to the household. Of course, economic autonomy is not the only factor that should be taken in to consideration.

It may also be the case that women with more autonomy are more likely to have the independence required to generate income. With this type of analysis I cannot say why such a strong correlation exists, but it is clear that women’s earning ability and autonomy go together in PNG.

A second finding is that personal bank accounts were not linked with greater female autonomy over any of the three economic decisions measured (I defined bank accounts as any savings/cheque accounts/debit cards accounts with banks, microfinance lenders or savings and loans institutions). Not only that, somewhat perversely I also found that owning a bank account predicted a higher likelihood of taking out a loan with an informal lender. This suggests that even where bank accounts are available, banking services may be limited or of lower perceived quality or trustworthiness than informal lending sources. In remote areas of the country, this may not be surprising, as informal lenders may live in the same village and, although they tend to charge very high rates of interest, may be much easier to access than the nearest bank. That said, the analysis includes many urban areas, and it also accounts for regional differences without changes in the results. Too few participants said they were using mobile banking to include this in the analysis.

Banking services may have improved since 2014, though analysis of a more recent survey conducted in 2017 found that some financial inclusion activities also did not improve outcomes as expected.

Over the past fifty years differences in the quality of education appear to be more important than access to education in explaining countries’ economic performance. In the same way, it may be that assessing the quality of bank services is more important than the level of access (number of bank account holders). Overly ambitious targets for account openings could create perverse incentives to use resources to sign up a larger number of account holders irrespective of their needs and whether they can be met.

Thus, rather than allocating resources to getting more women to open bank accounts, it may be more productive to focus on improving the quality of service, for example, providing clients — particularly women — with greater access to banking agents or adding, or improving, mobile phone-based banking offerings in areas where this is feasible.

There is a lot more in the paper, including on the role of education, but the takeaway I want to leave you with is a simple one. In PNG, women who are earning money have more autonomy over the economic decisions in their household; women who have a traditional bank account do not.