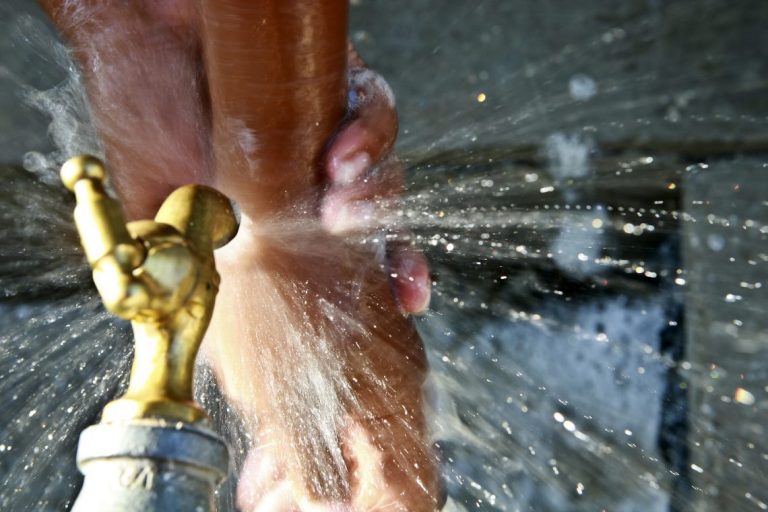 To date, Timor-Leste has only 24 confirmed COVID-19 cases, and no deaths.  It hasn’t registered a new case since 24 April.

This is impressive for one of Southeast Asia’s least developed countries where 4 in 10 people lack regular access to a stable water supply, which means handwashing is not always an entrenched habit, and social distancing can be difficult.

One such project is the Increasing Community Resilience in Oecusse Program (ICRO), which is funded by the US government’s United States Agency for International Development (USAID), and implemented by World Neighbors. The project focuses on the conservation, protection and sustainable management of rural water systems in Oecusse. While an area with significant economic potential, Oecusse currently has some of the country’s worst social, health and economic indicators.

Although ICRO’s main focus is on increasing access to safe water for consumption, the current pandemic has brought to light a number of corollary benefits helping communities prevent a COVID-19 outbreak.

Promoting the importance of handwashing has been part of ICRO since it started in 2015. As the table below shows, it has had results:

These numbers increased through a community-based education program. In addition, World Neighbors trained the villages in making “tippy taps” – a simple low-cost technology used for handwashing in areas where water is scarce. Jerry cans, which are hung with rope mounted on a simple bamboo structure, are operated with a foot pedal causing it to tip and release enough water for handwashing. Near the tippy tap is a soap container. Raising awareness about the importance of handwashing is critical to the success of these inexpensive and easily installed public handwashing stations. While there is no control group of villages, we’re confident that without these interventions these increases simply wouldn’t have happened.

ICRO also addresses the lack of piped water systems found in many villages in Oecusse, or the non-functioning, disintegrating systems found in others. New networks have been installed, and existing ones have been repaired and multiple tap stands spread throughout a village. As a result, people need to travel far less distance to collect water and fewer people queue at each access point. This has made it much easier to implement social distancing measures.

In most of the villages in which the program operates, residents have established community-based savings and loans groups. Villagers contribute small amounts to the group and take out small loans, at nominal interest. Members are trained in literacy and basic bookkeeping skills. In normal times, these loans are used to pay for children’s school fees or to make small improvements to homes. During this COVID-19 emergency, savings and credit groups have been used as “micro-safety nets”, allowing villagers to take out loans for more immediate needs to help deal with the economic impact caused by the virus.

Finally, because the program has increased access to water, vegetable gardens have been created near the community water points. This has greatly increased the nutritional intake of households, improving people’s health and their immune systems – again a very important preventative measure against COVID-19.

Due to WASH projects like this and other related investments, communities in Timor-Leste not only have improved access to clean water, but they are in a better position to face the coronavirus than they would have been otherwise. Simple innovations, implemented in a patient and comprehensive way, have so far helped the country mitigate the impact of the virus. There are lessons there for other developing – and developed – countries.

The WASH project this article is about is funded by the United States Agency for International Development (USAID). The contents are the responsibility of World Neighbors and do not necessarily reflect the views of USAID or the United States Government.