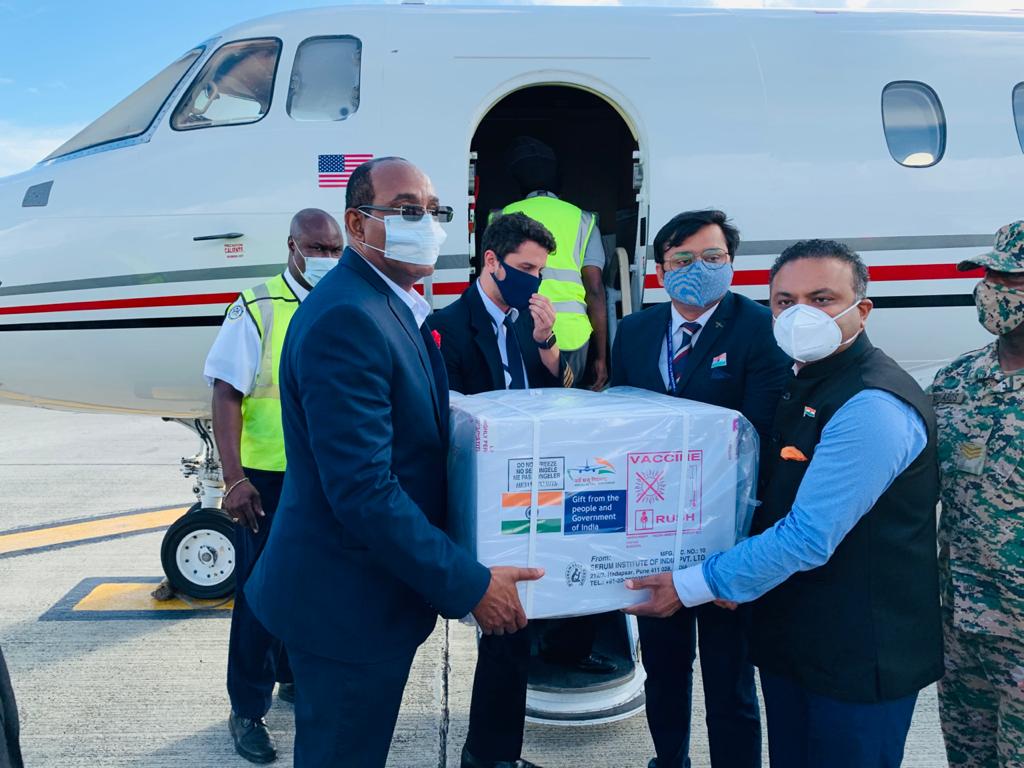 India’s vaccine diplomacy: made in India, shared with the world

The vaccination drive comes at a critical time. COVID-19 cases are rising rapidly across many Indian states, raising concerns that the country could be headed towards a deadlier second wave of the virus. But even as India grapples with the logistical and infrastructure challenges of vaccinating its vast population, it has garnered international praise for its efforts in supporting global vaccine production and supply efforts.

Made-in-India drugs are cheaper particularly for low-income and developing markets. Pfizer-BioNTech’s and Moderna’s vaccines, widely used in the Global North, are priced at US$19 and US$32-37 per dose, respectively. In India, while vaccines are not yet on the private market and vaccine makers are supplying doses at subsidised rates to the government, they are still significantly cheaper. India’s Serum Institute will reportedly price Covishield at US$13 per dose commercially.

In addition to being cheaper, the made-in-India vaccines are more suitable for countries with weak cold chain and infrastructure facilities. Both the Pfizer and Moderna vaccines must be stored at sub-zero temperatures whereas both Indian-made vaccines can be stored at between 2 and 8 degrees Celsius – refrigerator temperatures. India also has significant capabilities and expertise to share on mass immunization programs and its vaccine rollout is being closely followed in several countries.

As of 22 March 2021, India has supplied 60.4 million vaccine doses to 76 countries through different modalities including grants in aid, gifts, commercially and through WHO – GAVI’s COVAX alliance. India has supplied vaccines to countries in South Asia, Africa, South America, and the Caribbean and will soon ship supplies to Southeast Asia and the Pacific. The UK and Canada have also placed commercial orders with India’s Serum Institute as they continue their vaccination efforts.

India’s vaccine diplomacy comes at a time when the international community is raising concerns over ‘vaccine nationalism’ and the growing inequity about vaccine supply. The WHO has called out many developed countries for hoarding vaccines, leaving little for middle- and low-income countries. As countries scramble to secure supplies, many are turning to India to close the accessibility and availability gaps. India is also at the forefront of efforts to ensure a level playing field for vaccine development and supply, particularly for developing countries. India and South Africa have applied to the WTO for an intellectual property waiver for COVID-19 vaccines and patents for the duration of the pandemic, or until most countries have vaccinated their populations. As the move gains support, there has been push back from some OECD countries, including the UK, US, and EU – countries that have vaccines currently in play.

Since the early days of the pandemic, India has been vocal about its commitment to support global recovery efforts and was one of the first countries to provide food, medicines and essential supplies to countries in South Asia, Africa, and the Indo-Pacific. At the UN General Assembly in September 2020, Prime Minister Modi expressed India’s commitment to make India’s vaccine production and delivery capacity available to “humanity” as it combats the virus. A core and foundational principle of Indian foreign policy is – Vasudeva Katumbakam or the “world as one family”.

Beyond semantics and altruism, India’s vaccine diplomacy serves as an effective tool and instrument of Indian soft-power and influence, serving to cement and deepen ties in India’s neighbourhood and Indo-Pacific. India has lobbied for years to secure a seat on the UN Security Council and has been building ties with smaller developing nations particularly in the Indian and Pacific ocean regions. India’s vaccine diplomacy could translate into critical votes at a time when India has secured a non-permanent seat on the UN Security Council and is scheduled to host the G20 summit in 2023. The goodwill India earns through its vaccine diplomacy could pay dividends in the future.

India’s vaccine diplomacy also comes against the backdrop of increased geopolitical tensions with China. In the wake of last year’s protracted border dispute between the two countries, Prime Minister Modi emphasised the need for India to be “atmanirbhar” (self-reliant) in the production of goods and services and play a more critical role in global value chains. India’s show of strength in the vaccine race is a powerful expression of this sentiment. And there are signs that the world is paying attention. At the recent QUAD leaders’ summit held on 12 March 2021, the US, Australia and Japan acknowledged India’s vaccine contributions and agreed that India would lead production of Johnson & Johnson’s vaccine as part of a new QUAD-led vaccine initiative.

COVID-19 has upended the traditional north-south divide – with many developed countries faring worse than many low-income and developing nations. Partnership and mutual benefit are core tenets of India’s foreign policy and development cooperation. The crisis has presented India with an opportunity to put these principles into practice, demonstrating that it has the knowledge, expertise, and capacity to make significant contributions to global public goods in times of crisis. This even as it continues to battle the pandemic and its impacts at home.