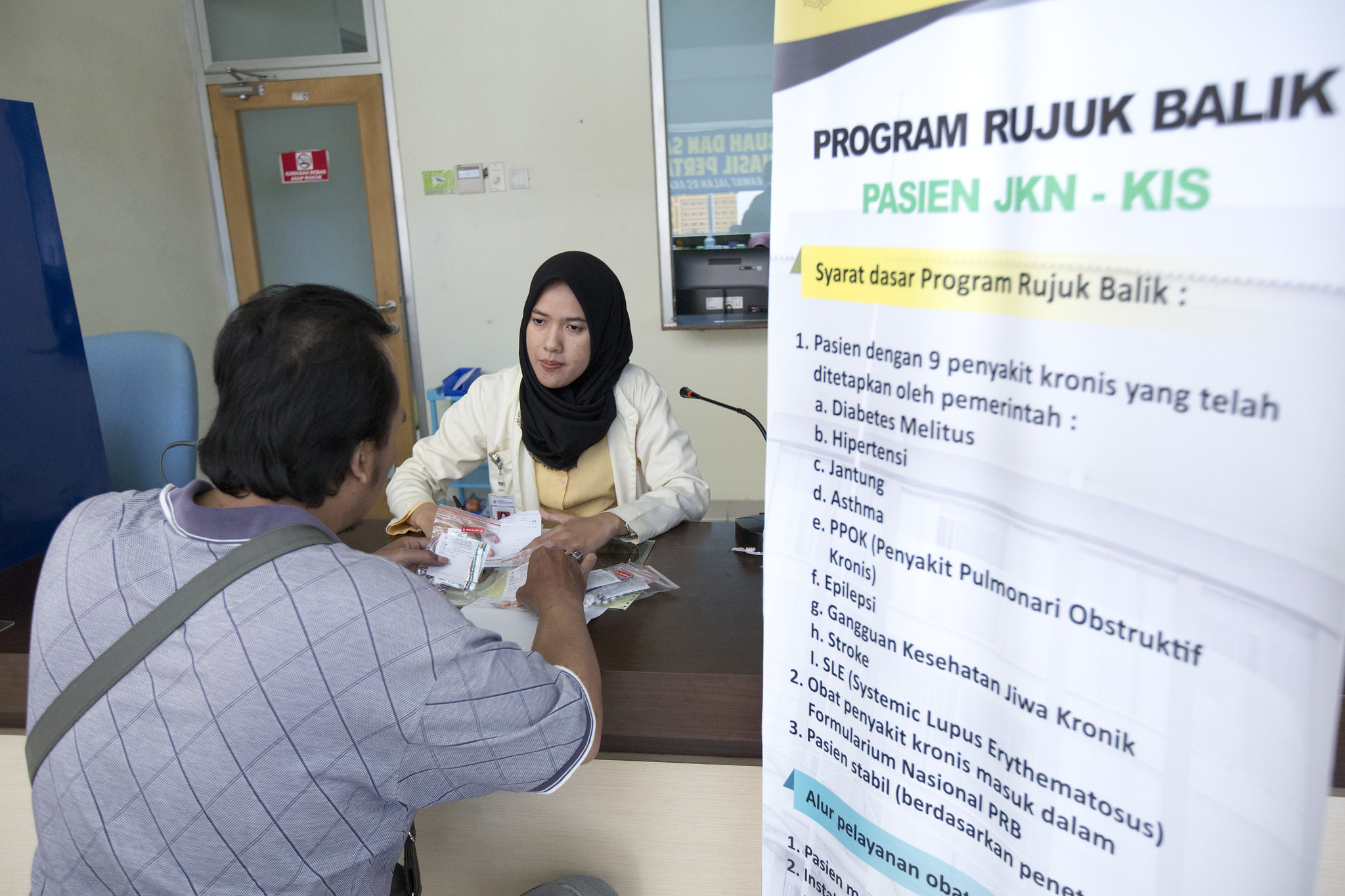 How wrong can a policy go? Indonesia’s plan to fund health costs via tobacco taxes

By Elisabeth Kramer and Abdillah Ahsan

Indonesia’s national health scheme, Jaminan Kesehatan Nasional (JKN), was launched in 2014 to much fanfare. The scheme was a cornerstone strategy for reducing inequality in access to healthcare services within Indonesia. Administered by the Social Health Security Administrative Body (Badan Penyelenggara Jaminan Sosial Kesehatan, BPJS), the JKN is the world’s largest single-payer healthcare system and, by 2019, covered 221 million Indonesian citizens (approximately 84% of the population).

As with any large-scale, government-funded program, the question of how to pay for this ambitious scheme quickly came into focus. From the start, the JKN reported large annual budget deficits, with expenditure far outweighing earmarked funding for the scheme. Citizen contributions to the health scheme, which had been projected to cover the funding gap, were insufficient to meet the growing financial outlay. By the end of 2018, the cumulative budget deficit for the JKN was 28.73 trillion rupiah.

After four consecutive years of overspending against its budget, the economic viability of the JKN became a serious political question. With the sustainability of the program in question, the government began to explore new options to bolster the JKN’s budget. The most obvious responses—increasing citizen contribution schemes or restricting services—were unpalatable to the government, who feared public backlash. Instead, alternative sources of funding were explored.

In 2018, President Joko Widodo criticised the Ministry of Health, contending that it was failing in its responsibility to solve the JKN’s funding issues, in order to distance himself from the problem and avoid political backlash in the 2019 elections. Given the mounting political attention and the pressure to alleviate the JKN’s budget woes, the Ministry of Health turned to tobacco taxes.

So, what can happen when policy-making is driven by political interests rather than a realistic analysis of the consequences of new policies? We explored the history of the JKN and its relationship to local tobacco taxes in our recent article, published in Asia & the Pacific Policy Studies, to find out.

Local tobacco taxes are part of a suite of tobacco taxes and excises applied to cigarettes in Indonesia. The relevant regulation, introduced in 2014, applies an additional 10% excise to cigarette sales, to be collected by, and available to, local governments to spend on community initiatives. In 2017, a new presidential decree was issued to divert 37.5% of local tobacco taxes to the JKN.

With a large smoking population—over 30% of all Indonesians are regular smokers—the central government hoped to raise around 5.5 trillion rupiah a year for the JKN by diverting these funds from local governments. While this was not enough to overcome the health scheme’s funding issues, it could, at the very least, help soften the budgetary blow.

With this new regulation in place, fund collection was scheduled to begin in 2018. But, as with many regulations, the mechanics of implementation were far from clear.

One of the main critiques of this policy lies in its complexity. Instead of a straightforward transfer of 37.5% of taxes straight to the national government, the Ministry of Finance regulation attached to the scheme adjusted the calculation to also account for local government contributions to the regional health fund (Jaminan Kesehatan Daerah, Jamkesda), a fund that is separate from, but intended to supplement, the JKN.

Because local governments negotiate their contributions to Jamkesda on an individual basis, the BPJS must calculate the JKN payment of each local government individually, depending on their existing agreements with their provincial counterparts. Calculating the payments for each individual local district in Indonesia, let alone collecting the necessary paperwork, was a bureaucratic nightmare. It is, therefore, not surprising that the 2018 calculations were riddled with internal errors.

In 2018, BPJS collected a total of Rp1.58 trillion from local governments. However, after recalculation it became apparent that BPJS was entitled to receive only Rp681 billion. This, in turn, led to another administrative challenge, because the mechanisms to return the excess funds were not outlined in the Ministry of Finance regulations at all. The BPJS was forced to return money to local districts, involving even more paperwork and resources.

The regulation ate up resources. Enactment required signed documentation from provincial governors and district heads. However, many local government officials were not even aware that this was needed, forcing BPJS officials to travel around the country to organise meetings and collect the necessary signatures. Since Indonesia has thousands of islands, and many remote areas across them that are expensive to reach, this meant that the BPJS was required to spend funds it did not have on overtime and travel for staff so that the policy could be enacted.

Finally, the change in policy has done very little to address the problem it was supposed to help resolve: the gap between budget and expenditure on the JKN. Owing to miscalculations, it contributed only Rp681 billion in 2018—over Rp4.66 trillion less than anticipated. In 2019, officials stated that the BPJS received only Rp831 billion from local cigarette tax revenue. With a cumulative deficit of Rp28.73 trillion in 2018, the funds from local cigarette tax revenue represented approximately 2.89% of the money that the government needed to cover the JKN deficit in that year.

Using local tobacco taxes to address the JKN’s budgetary problems may have seemed like a convenient stopgap solution but, in reality, it was flawed. It was complicated and resource-intensive to enforce, and it generated far fewer funds than anticipated. Policy-makers can learn from this example, as it highlights what can happen when policy-making is driven by political interests, and fails to consider the intricacies of implementation.

Read The politics of funding universal healthcare: Diverting local tobacco taxes to subsidise the national health scheme in Indonesia in Asia & the Pacific Policy Studies journal. All articles in the journal are free to read and download.

This research was undertaken with the support of Universitas Indonesia, Pusaka Foundation Medan, Indonesia and Endeavour Leadership Program, Department of Education, Australian Government.

Elisabeth Kramer
Elisabeth Kramer is Deputy Director at the Sydney Southeast Asia Centre and Honorary Associate at the School of Languages and Culture at the University of Sydney.

Abdillah Ahsan
Abdillah Ahsan is a lecturer at the Faculty of Economics and Business at the University of Indonesia.