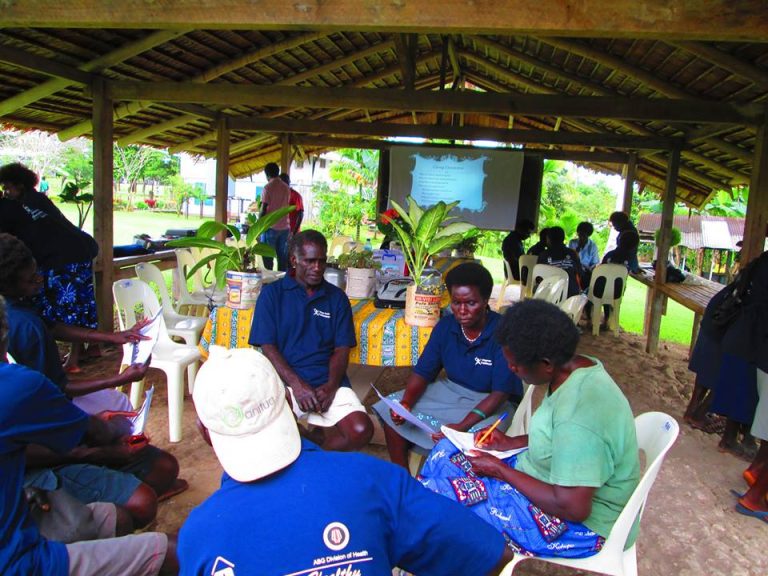 Integrating formal and informal institutions: towards a healthy community in Bougainville

The case of the Bougainville Healthy Communities Program (BHCP) stands as a testament of how an organisation can work effectively in PNG in delivering critical services. BHCP started as an off-shoot of the successful implementation of the leprosy elimination program in Bougainville funded by the New Zealand government in 2001. Following the success of the leprosy program, a new project proposal was submitted to New Zealand Aid to promote health awareness. In 2006 the program was rolled out in three of the 13 districts in Bougainville, with a small group of staff that included the program manager and three district facilitators.

An evaluation of the BHCP was commissioned by the New Zealand Ministry of Foreign Affairs and Trade in 2012. The evaluation found that the BHCP is an ‘excellent example of a well-planned and well-executed public health and community development model… implemented within the enormous constraints and challenges of a post-conflict setting’. In the July 2016 half-yearly summary report, various indicators reflect its effectiveness in promoting health awareness and educating people in basic health care. Figure 1 shows the increase in referrals since 2014, particularly in TB, malaria and number of births, and that an area that the program needs to focus on is sanitation.

Figure 1: Outcomes of the BHCP 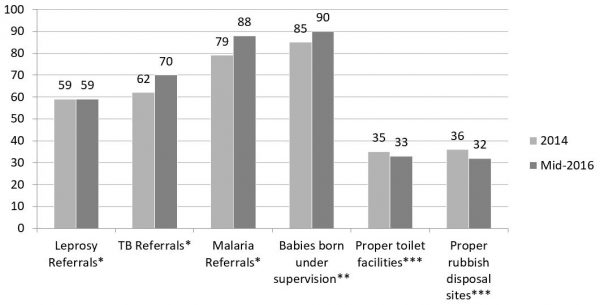 At a time when PNG, and particularly Bougainville, faces multiple political and socio-economic challenges, the success of BHCP gives some hope. To understand the reasons behind its success, I conducted research into the program, including interviews with key people involved with the BHCP. Findings of the research highlighted some key factors attributing to BHCP’s success: generous and sustained donor support; good leaders; a committed group of people working towards a common goal; and, unique to BHCP, the integration of formal and informal institutions in the delivery of public health services.

Figure 2 below shows the structure of BHCP, and how it relates to government. The figure is divided into four main quadrants. The government and the non-governmental systems form the horizontal rows, and formal and informal systems the vertical columns. Section 16(35) of Bougainville’s Constitution provides for partnerships in the provision of health services. At the local government level is the community government (earlier the council of elders) that is comprised of leaders from the village assemblies. Based on the definition of formal institutions where structures are legally organised, the government departments and the community government form the formal system in Bougainville. The informal system in Bougainville includes the village assemblies, which are supported by the village authorities.

Figure 2: Structure of the BHCP within the overall system of governance 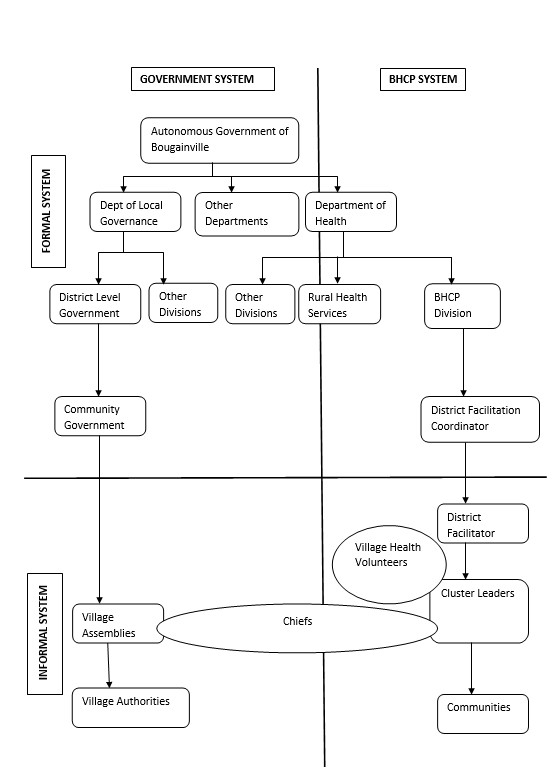 The lessons from BHCP’s experience should be used to allay concerns of the lack of capability in PNG for effective service delivery mechanisms. While challenges certainly remain in their formal institutions, the governments and NGOs of Bougainville and PNG should look to the strength in their informal institutions to work together in improving governance.

Lhawang Ugyel
Dr Lhawang Ugyel is a Visiting Lecturer in the School of Business and Public Policy, University of Papua New Guinea and a Visiting Fellow at the Development Policy Centre. He previously worked as a Research Fellow at the Crawford School of Public Policy. His field of research is comparative public administration specializing in public sector reforms, policy transfer, evaluation studies and cross-cultural studies. Prior to completing his PhD program at the ANU, he worked for the Royal Government of Bhutan in various capacities such as Senior Human Resource Officer and Policy Analyst.