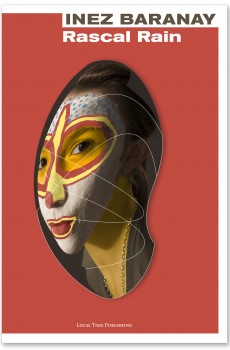 Interested in feminism and development in Papua New Guinea? Be prepared for a bumpy ride, but read on

Inez Baranay’s 1994 account of her experience as a volunteer in Papua New Guinea was re-released in 2014 by Local Time Publishing. Rascal Rain is a difficult book to categorise, and at times a difficult book to read. While the book is a record of Baranay’s personal observations of the country and the people she came to know, it is not truly a memoir. It is rather the product of her coming to terms with the anxieties and disappointments that characterised much of her time as a volunteer, with what was then Australian Volunteers Abroad (AVA).

Baranay is a novelist and, to date, Rascal Rain is her only work of non-fiction. She had not planned to write about her experience, and from comments she makes early on in the book, she had not entirely planned to go to PNG as a volunteer. Yet the book’s opening chapters quickly captured my interest, and had me feeling that I was in good hands as Baranay began to paint a candid and intriguing picture of her life in Wabag, the provincial capital of Enga Province.

Baranay’s two-year assignment was to work with the Enga Provincial Women’s Council to expand its social and environmental programs, particularly literacy. PNG’s provincial women’s councils are non-government organisations with a 40-year history. Established in 1975, their purpose is to support the National Council of Women and advise the national government, and each of the provincial governments, on women’s affairs policy. The National Council of Women was set in place at the same time as both a representative network for women in PNG and a resource centre through which financial, and other, support could be directed.

It quickly becomes clear that Baranay’s assignment is fraught with organisational inadequacies and numerous other obstacles, and it isn’t long before she begins to wonder why the women’s council asked for a volunteer, and why AVA sent her. To compound this, she is somewhat isolated in her frustration and sense of failure, finding other volunteers thriving and moving ahead with their projects.

The thorniest aspect of her role is that, in addition to being employed by the non-government women’s council, she is told soon after arriving that she will also be working for the provincial government as their women’s officer. Both Levitica, the President of the Enga Women’s Council, and Joseph, the Assistant Secretary of the Division of Community Services, assure her that there is no conflict of interest in this. In some senses this is true. Baranay comes to understand that neither the Enga Provincial Women’s Council nor the National Women’s Council itself have much control over their resources or programs in the face of government interests or priorities, and very little influence in women’s affairs at the provincial level.

Moreover, Joseph is clearly the boss, and time and again Baranay watches Levitica defer to his preferences, and overlook the needs of the women’s council. Indeed, it is this relationship, in addition to being subjected herself to Joseph’s bullying and abusive behaviour, and not receiving any support from either Levitica or the field officer from AVA, that finally lead Baranay to quit the assignment and leave.

Baranay’s account of and reflection on her time in Enga, and the unravelling of her vision for what she had hoped to achieve are told in a very raw, unedited style. I wasn’t entirely comfortable with this, and I think that the book would have benefitted from being crafted more consciously. It is partly the uncensored nature of her writing that drew a scathing critique by Susan Ash, to which Baranay responds in an Afterword to the new edition.

Yet this rawness also makes the book valuable. Baranay’s unfiltered thinking on what it means to be a woman in PNG, what development and feminism mean in the local context, and what her role as a volunteer in promoting them should be – and at what cost to herself and the women around her – is a refreshingly honest way of articulating the complex nature of the questions she’s grappling with.

Her “great downpours of self-doubt and doubt over the whole enterprise” bring into the open the potential for frustration and a sense of failure that are a reality for development volunteers. It’s a topic that has generated a great deal of discussion on this blog (see Ashlee Betteridge’s post on her volunteering experience in Timor-Leste, and Stephen Howes’ three-part series on the 2014 ODE evaluation of the Australian volunteering program) but which is perhaps not dealt with enough in the recruitment of volunteers, or in the planning and management of their assignments.

Baranay’s style made for some tough passages to wade through as a reader. As an editor, I found these passages as uncomfortable as I now understand the bumpy, winding drive from Mount Hagen to Wabag to be. But as a person interested in feminism, development and the role of the development volunteer, and someone for whom PNG is familiar in some ways and unknown in many others, I came away from Rascal Rain with many new insights, and a great deal to ponder.

For more information on Inez Baranay and her work, visit her website.

For more from Inez Baranay on her experience and the book itself, see her 2003 essay, ‘Fraught territory (The reception and impact of Rascal Rain, a Year in Papua New Guinea)’, Meanjin, 62(3), 223-229.

For an informative overview and analysis of the establishment of the provincial women’s councils and National Women’s Council of Papua New Guinea, see this chapter by Fungke Samana in Women, Development and Empowerment: A Pacific Feminist Perspective, edited by Vanessa Griffin.