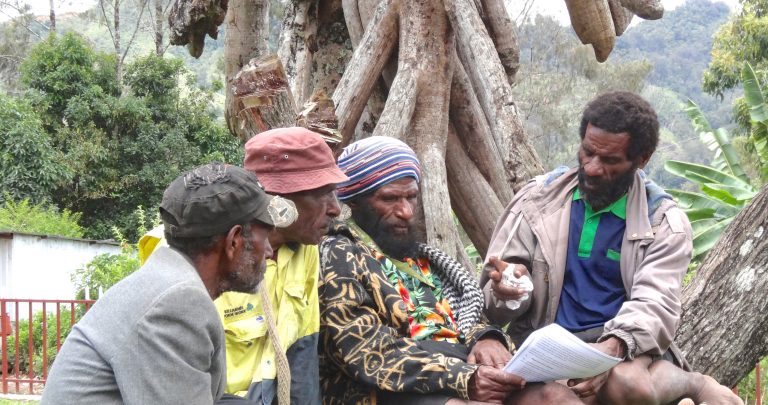 On 21-22 September 2017, the UN Experts Workshop on Witchcraft and Human Rights was held in Geneva. Part I of this two-part series discussed the key learnings of relevance for Papua New Guinea, setting the context for this post which discusses the debates that arose from the workshop.

These differences of opinion are also instructive for PNG to consider in maturing its policy with regard to these issues. Many of them have already been discussed at length at the national level, but it is useful to reflect on them again in light of the international debate.

One cross-cutting debate was about how the issue of harms caused by witchcraft beliefs and practices should be framed. The framing is important because it is linked with how the proposed path forward is visualised. Framing it in terms of human rights abuses requires state action and due diligence to prevent foreseeable violence caused by citizens on other citizens. The Special Rapporteur on extrajudicial killings was adamant that the main motivation of the perpetrators was hate and that the abuse should be likened to a hate crime. The international community should condemn such practices in the strongest terms and nation states should prosecute perpetrators. Strong concerns were raised by several African representatives that the international community’s fear of being called racist and cultural relativism may lead to shying away from condemning these practices as they should.

A contrasting perspective stressed that these crimes often arise from fear, confusion, desperation and poverty, requiring an approach that provides a viable pathway forward for people deeply entrenched in a worldview where witchcraft is a reality of daily life. A range of other frames included a scientific or rational approach emphasising critical thinking and education but not including the spiritual dimension; a faith-based approach identifying valid roles for religion as being part the problem and the solution; and a gender equality lens whereby the practices are seen to stem from underlying misogyny and discrimination against women. This discussion demonstrates the dangers of viewing issues relating to witchcraft beliefs and practices through just one lens, and suggests that all those working in this area in PNG challenge themselves to actively consider it through a variety of different frameworks. Given the variation in manifestations of both belief and practice, it is likely that different lenses will have particular salience for different geographical areas.

A number of comments also condemned the functionalist approach of anthropologists to date. This approach was claimed to have led to a degree of complacency about addressing the issue, leaving it as “the native’s curse” that would be overcome through processes of modernisation and education. There are no doubt strong underlying structural reasons for the issues today – lack of health, education, justice systems, etc. –  however the abuses currently occurring need to be addressed directly. This supports one of the authors’ preliminary research findings that in PNG sorcery accusations are both causes and symptoms of such structural factors.

There was also considerable debate about the utility of attempting to produce an agreed upon terminology. English or French terms such as witchcraft and sorcery may be misleading and lead to talking at cross-purposes, while vernacular terms distinguish between a vast array of different beliefs and practices that must sometimes be considered individually. Some doubts were raised as to whether an agreed definition would ever be possible and whether it sidetracks discussion in an unfruitful manner, whilst a strong rebuttal was made that it was essential and could be done through arriving at a loosely agreed pro tem definition. There appeared to be a coalescence of agreement around referring to witchcraft as the ability of a person to cause harm through supernatural or occult means. It is necessary to clearly refer to harm caused by accusations of witchcraft so as not to reinforce beliefs in the power of witchcraft itself to cause harm.  This is in line with PNG’s Sorcery National Action Plan (SNAP) which refers to sorcery accusation based violence and avoids reference to sorcery related violence.

Disagreement arose over whether it is necessary to focus on changing underlying belief systems, or whether it is possible to just focus on the harmful practices flowing from them. One viewpoint was that only addressing the practices was “like putting a sticking plaster over a seeping wound.” Others were more accepting of the possibility, noting the enormity of changing a worldview and the UN’s standard approach of focusing on harmful practices rather than beliefs due to concerns about protecting freedom of religion. The approach of PNG’s SNAP is to primarily target the violence (broadly defined) stemming from sorcery beliefs, rather than the actual belief system. Our research findings to date suggest that it is possible to promote critical thinking and alternative explanations of events, including biomedical explanations, without taking on the entire belief system. One of the most prevalent strategies used by community leaders in PNG is to ask whether there is sufficient proof that the person accused actually used sorcery in the particular case, rather than the far larger task of arguing that sorcery never occurs.

The final issue was whether or not witchcraft is real, in terms of whether there really is an occult power that people use to cause harm, what is reality, and whether it matters. This came up in a far less direct way than in similar discussions at a national level in PNG. The consensus was that the more important fact to keep in mind when considering how to advance policy and initiatives in this space is the difference of opinions about this question, and the need to try to take into account different worldviews that suggest different answers.

Part I of this two-part series can be found here.

Miranda Forsyth is an Associate Professor in the School of Regulation and Global Governance at ANU. Professor Philip Gibbs is Vice President of Research and Higher Degrees at Divine Word University and a Catholic priest with the missionary Society of the Divine Word.

Philip Gibbs
Philip is a Catholic priest with the missionary Society of the Divine Word (SVD) and a Professor of Social Research at Divine Word University, Papua New Guinea.