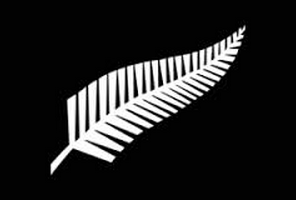 Introducing a blog series on NZ aid and development

Over the coming weeks, NZADDs will bring you a series of blog posts about New Zealand aid and development. This year brings important events for New Zealand aid and development: the general election on 20 September; the United Nations Security Council temporary seat election in October; and a Development Assistance Committee (DAC) Peer Review of New Zealand Official Development Assistance (ODA). Given all of this, we think it is a good time to share ideas and foster dialogue. We’ve brought together a range of commentary on diverse issues, aiming to stimulate thought and reflection, rather than arrive at agreement. If you read a post and wish to write a different perspective, please do get in touch.

As this is the introductory post, we get to set the scene. New Zealand’s foreign policy, including ODA, is situated within the broader global context, which is in a state of flux. In October this year, governments will agree at the UN General Assembly a new set of goals to guide global development efforts in the years to come. Meanwhile, the number of governments giving development cooperation assistance is constantly increasing, disrupting the so-called ‘traditional’ donors’ established patterns.

Also evolving is the nature of the challenges to global peace, prosperity and equality. By 2025 global poverty will be concentrated in fragile, low-income states, and a substantial portion of humanity will exist in poverty in middle-income countries. Climate change and natural resource depletion will exacerbate poverty, causing mass migration, new conflicts and more natural disasters. This human suffering will increasingly ignore state boundaries, along with criminality, disease and economic crises.

A glance back in history shows immense progress has been made in improving human well-being. Attempting to understand the future and prepare for new challenges should not lead to despair. Collectively humanity can prepare and respond to these challenges. States have a choice. They can retreat into themselves, aiming to advance their own interests over any other states, at any cost. This will help no-one. The better choice is for states to expand alliances and solidarity across borders, to jointly respond to international problems. International aid and development activities are a key part of this response.

New Zealand enjoys a global reputation as a good citizen, and an honest, often neutral state. Most recently a narrative of New Zealand as a ‘small advanced country’ appears to be emerging. Arguably, part of being a small, advanced nation, involves how New Zealand focuses its ODA policy, and other government policies that have impacts beyond our borders, in order to help build a world where all people can enjoy the same basic opportunities in life.

The past seven years do not bode well for the New Zealand response to building a better world for all. They have been a period where New Zealand ODA has been increasingly side-tracked to assist the expansion of New Zealand’s commercial and political interests: dairy in Burma/Myanmar, Colombia, the Philippines and Indonesia; avocados in Kenya; seeds in Uruguay; and assistance to the Royal Hashemite Court of Jordan (i.e. the monarchy) for a private helicopter ambulance service (no doubt one of the many UN security council bid projects currently underway). While some of these activities may not be bad in themselves, they scatter the scarce resource of aid, which research shows limits aid’s effectiveness. They also come at an opportunity cost: something is not funded when a decision is made to fund something else.

Closer to home in the Pacific, development remains an important driver of New Zealand ODA, but the Minister has led a focus on what Morgenthau (pay-walled) would call ‘prestige’ projects: large-scale infrastructure developments that are visible to all, bringing prestige to political leaders in the eyes of the public, both in New Zealand and in Pacific countries. Politicians love these sorts of projects. Yet they are difficult to maintain and can end-up unused because their creation sometimes ignores local culture and institutions. It is true that not all New Zealand aid has gone to such projects in the Pacific. The fact that some New Zealand ODA still remains steadfastly targeted towards development outcomes is because the public servants managing ODA delivery have worked hard to achieve this.

But ODA delivery is only part of the story. There are many New Zealand government policies that also impact upon development elsewhere, such as trade, immigration, security and climate change policies. Even government procurement rules might have a negative impact on development goals. Working to make these sorts of policies development-conducive is known as ‘policy coherence for development’. New Zealand has made huge strides in immigration, with the RSE, and in fisheries. Arguably these are the low-hanging fruit. Where else can New Zealand change its policies to assist development gains elsewhere, in an ever-increasingly inter-connected world?

Alongside improving policy coherence for development, how will New Zealand respond to the changing international environment to ensure its ODA does the most it can to achieve peace, prosperity and equality for all, particularly in fragile and conflict-affected states? In particular, it is likely that many Pacific Island Countries will require ODA for a long time yet. Exactly how can New Zealand plan alongside Pacific Island governments for longer-term, positive engagements that reap gains in human well-being?

These are key questions for a small, advanced nation to address. Debate and dialogue across and between state and society is necessary to answer them. This blog series aims to contribute to this discussion, addressing some of these questions.

NZADDs is a group of academics and development practitioners working together to promote dialogue and critical thinking about New Zealand’s aid and development work. This series is being coordinated by Joanna Spratt, who can be contacted here.

NZADDs
NZADDs is a group of academics and development practitioners working together to promote dialogue and critical thinking about New Zealand’s aid and development work.