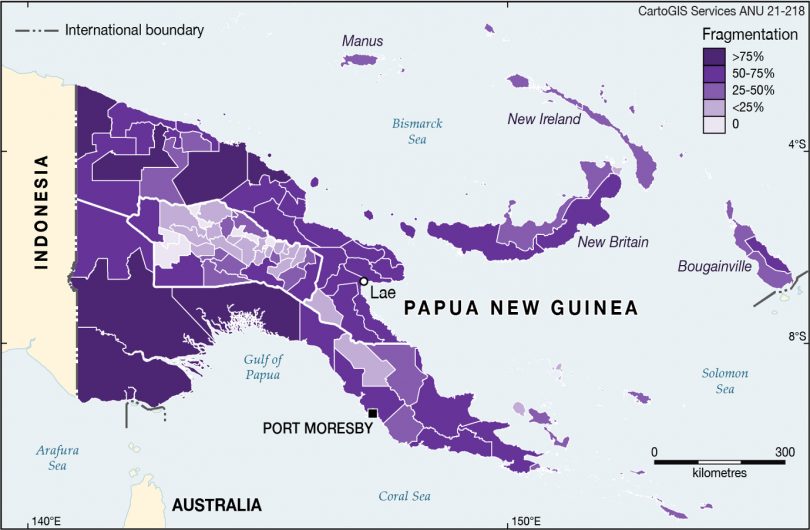 In the first paper, we use regression models to test the relative significance of 12 geographical variables that could exert some influence over these two measures of human well-being. We find that the accessibility of health and education services for rural villagers, and the proximity of the rural village population to a coastline, have the most significant association with lower child mortality rates and higher school attendance rates. We call these constituents, rather than determinants, of human well-being because regression models can only test the strength of the association between different variables, and not the direction of causality.

In the second paper, we compare the relative significance of these geographical variables with a smaller range of institutional variables that might also be expected to exert some influence over these two measures of human well-being. We find that the main institutional variable that proves to be significant in our regression models is the relative degree of linguistic diversity or fragmentation in each district. Linguistic diversity is quite strongly associated with a higher child mortality rate, but not with a lower school attendance rate, which is something of a puzzle.

Aside from this finding, the main innovation in our second paper is its inclusion of a series of measures of linguistic diversity or fragmentation that is (to the best of our knowledge) the first of its kind to be undertaken in PNG. The most sophisticated of these measures is summarised in the map shown above, which exhibits the very wide range of variation between the 85 districts.

While we recognise that the data used in our regression models is now quite outdated, since the information was collected more than 20 years ago, the sad fact is that we have no reliable measures of any variables at a district level from any census or survey undertaken since the turn of the millennium. We can only hope that the national census due to be undertaken in 2021 will enable some of these gaps to be filled. However, given the recent spread of the coronavirus through various parts of the country, with limited capacities for testing, tracing, treatment or vaccination, there is not much scope for optimism on that score.

The views expressed are those of the authors and should not be attributed to any organisation with which the authors might be affiliated. Terence Wood’s research is undertaken with support from the Pacific Research Program, funded by the Department of Foreign Affairs and Trade.