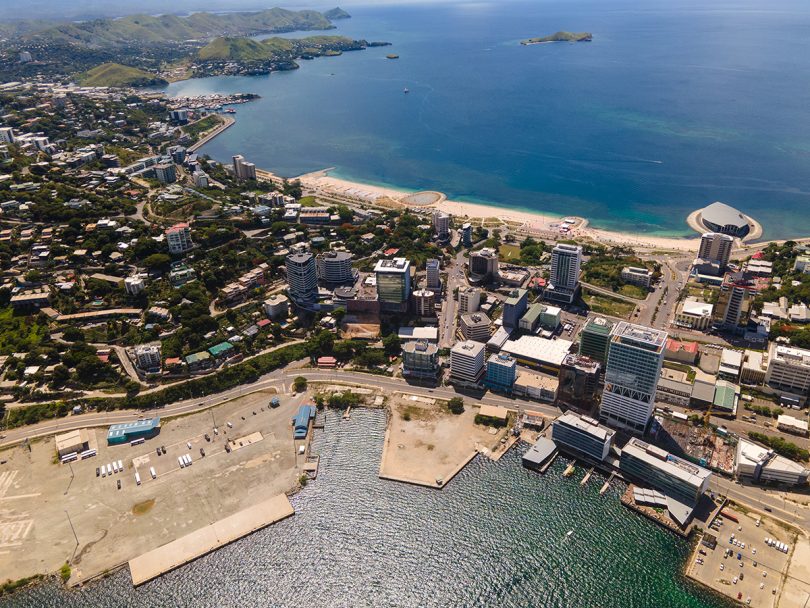 Since 2014, when construction for the PNG LNG project ended and the oil price fell, Papua New Guinea’s economy has been in a bust. Non-resource GDP growth has been slower than population growth, and employment has declined. But PNG is a commodity exporter, and commodity prices (and especially oil prices) have recently gone through the roof as a result of the Russia-Ukraine war.

So is the bust over and PNG back in a boom?

What matters when looking at the resource sector is not real but nominal growth, since both higher output and higher prices potentially lead to more spillovers to the rest of the economy. The latest figures available from PNG’s MYEFO suggest that nominal resource GDP will expand by 35.6% in 2022. 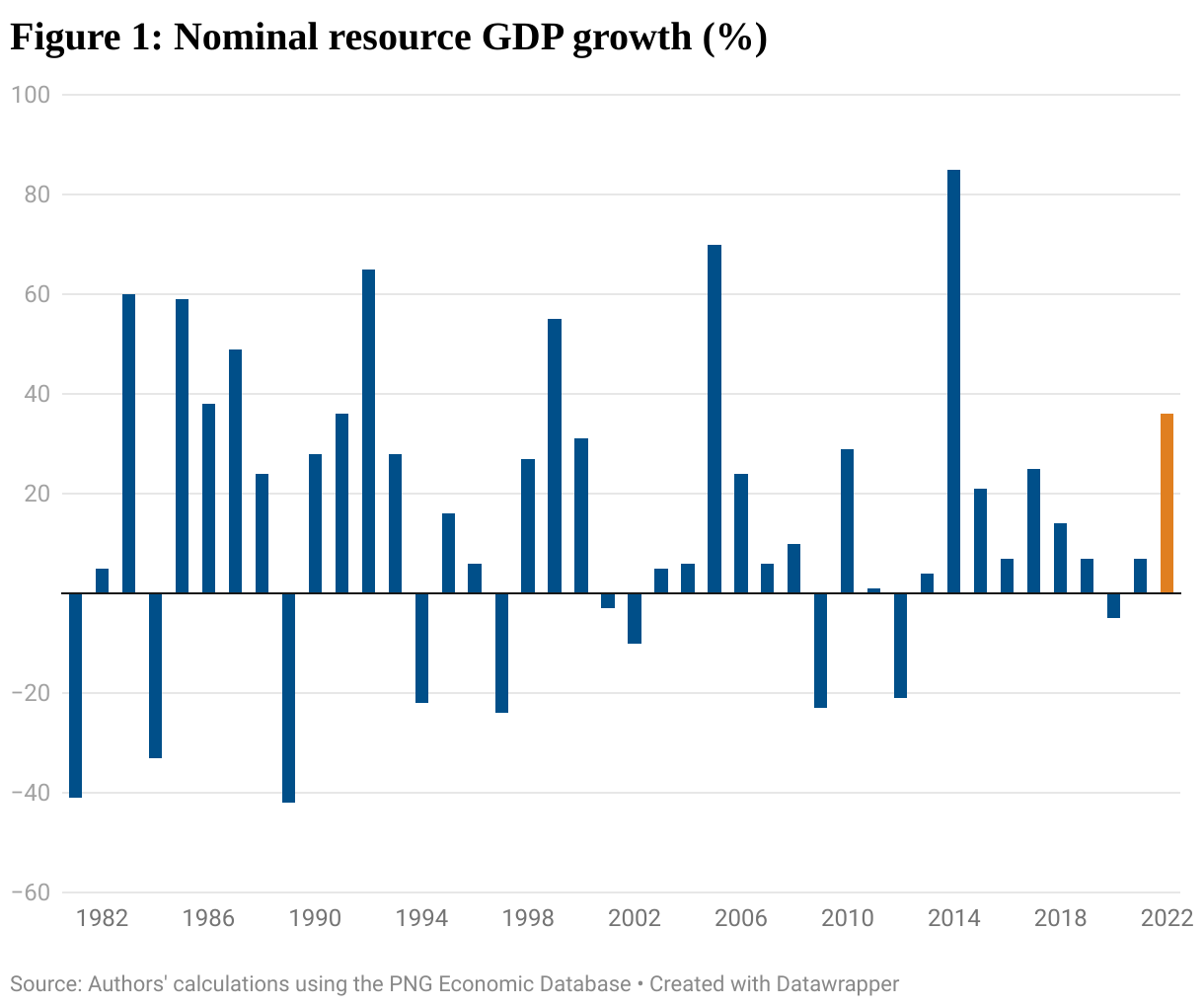 The projected expansion in 2022 is around half that size. However, the resource sector now accounts for 30% of GDP and is much bigger than in earlier years – it is now almost twice the size it was in 2005. So a smaller resource sector expansion could deliver a larger boost to the rest of the economy.

Resource sector growth doesn’t always lead to more spillovers. The period from 2014 is a classic example of this. Then the benefits of a larger resource sector mainly went offshore – largely to the PNG LNG project, but gold projects also paid low taxes.

A good proxy for spillovers is government revenue from the resources sector. Even accounting for inflation, resource revenues have gone up significantly this year. Total resource taxes and dividends are set to more than triple in real terms this year relative to 2021 per the 2022 MYEFO. Resource revenue as a percentage of GDP is also set to reach its highest level this year since 2011 (Figure 2), and 2023 budget documents suggest that the momentum will continue at least into next year. 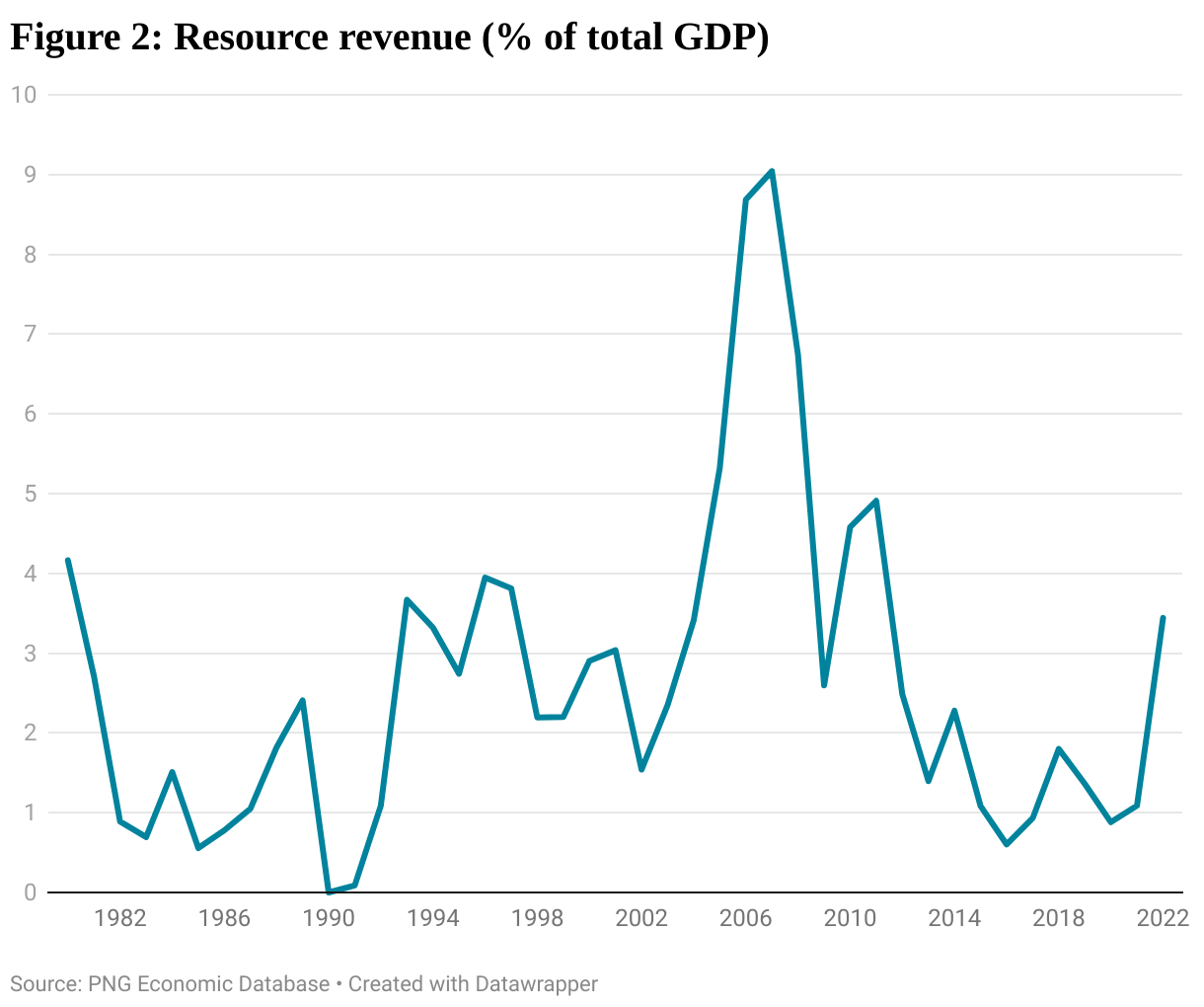 That said, the 3% of GDP that resource revenue now accounts for is nothing like the 8-9% seen at the peak of the resource boom. It is instead closer to the levels achieved in the 1990s, when the boom years were short-lived and the economy was also crisis prone.

The 2022 MYEFO projects 4.4% real non-resource GDP growth in 2022. But at least part of this is attributable to a bounce back from COVID-19, and it is unclear whether it will be achieved. Provisional data from the Bank of Papua New Guinea shows non-mining formal sector employment has grown for two consecutive quarters and returned to a level similar to the second half of 2019. But employment levels are still lower than seen in years priors to that.

Broad-based tax collections can be a good proxy for broader economic activity. Here the signals are confusing, with strong growth in goods and service tax (GST) collections, but weak growth in personal income tax. (Note that to calculate these growth rates, shown in Figure 3, we add back in the taxes estimated to be lost as a result of the government’s Household Assistance Package this year.) 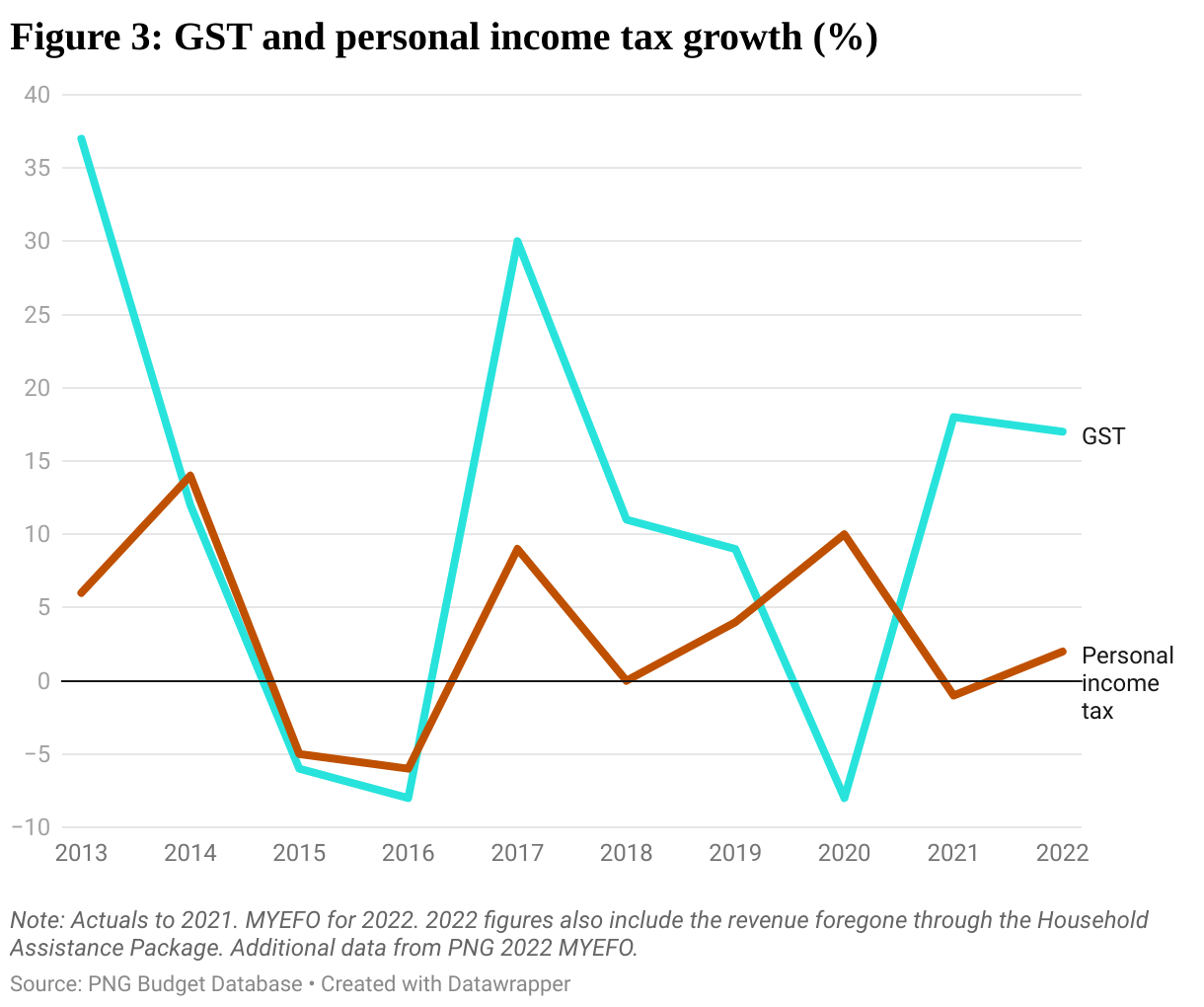 In nominal terms, personal income tax growth is estimated at only 2% in 2022, following negative growth in 2021, but GST collections are growing at almost 20% for the second year in a row (no adjustments for inflation). The government has made it harder for taxpayers to claim GST rebates and, as of 2020, GST can no longer be offset against personal income tax and company tax. Both may be driving rapid GST growth.

Rapid resource sector growth has boosted government revenue, but it is too early to say whether this is leading to faster economy-wide growth. The signals are confusing. Going forward there are two scenarios. If high resource revenues continue, we will see the boom spreading. But if oil prices fall, government revenue will fall again, and the bust will have been interrupted but not broken.