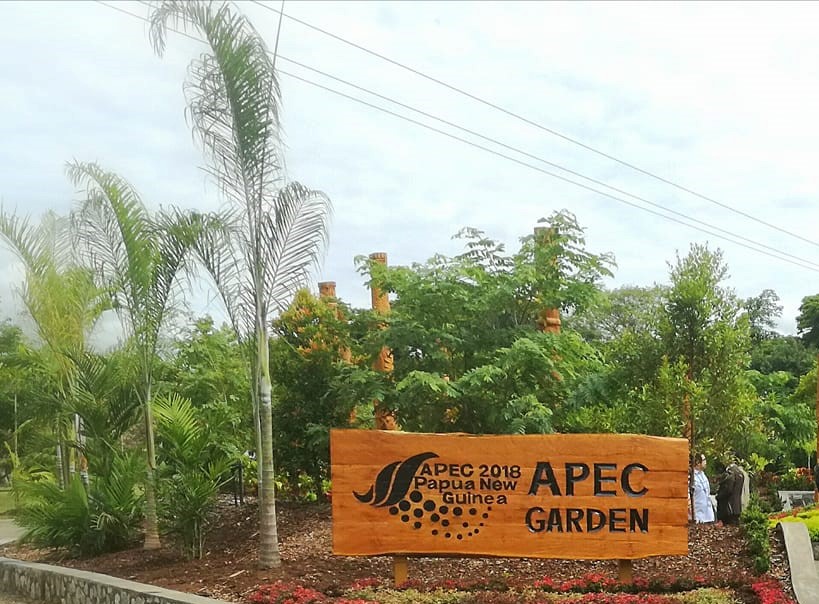 It wasn’t meant to be like this: PNG’s hosting of APEC

When Papua New Guinea (PNG) put up its hand to host APEC in 2013, its economy was booming. Prospects were bright. And reform was underway, in particular to clamp down on the corruption that has been the country’s curse.

Fast forward five years and the environment could not be more different. PNG’s highly effective corruption investigator Taskforce Sweep no longer exists. It was abolished by the very same Prime Minister who set it up, Peter O’Neill, after it started pursuing O’Neill himself on corruption charges. The anti-corruption effort more broadly has been undermined via reducing the funding and/or autonomy of the remaining anti-corruption actors, such as the police fraud squad and the Ombudsman.

Economic growth has stalled. Formal sector employment (the only sort of employment that is measured in PNG) has declined for each of the last four years.

Excessive borrowing in the boom years has now come back to haunt the government following a collapse in revenue. The government has done well to avoid a debt crisis, but its economic mismanagement has intensified the downturn. PNG’s biggest economic problem is its overvalued exchange rate. The value of the Kina is set by the Central Bank, which has prevented significant depreciation for more than two years now. So far this year, the official Kina/US dollar exchange rate has fallen only by four per cent, a fraction of the 20 per cent or more depreciation called for by analysts and researchers alike.

The real exchange rate is still in fact at its resource-boom high, hindering the required diversification of the economy. A balance of payments crisis has been prevented by foreign currency rationing, leading to a collapse of imports, hurting economic growth. For the last three years, the difficulty of getting hold of hard currency has been rated by the private sector as their most serious problem, displacing traditional concerns about security, skills shortages and infrastructure.

But what has really caught the public’s attention is the return of polio, eliminated in PNG about 20 years ago. PNG is one of only five countries in the world to be experiencing a polio comeback. That the other members of this club are the Democratic Republic of Congo, Niger, Nigeria and Somalia — all four wrought by violence — shows the extent of the health crisis that PNG is facing. The most recent symptoms include the resurgence of malaria and leprosy, and reports of worsening drug shortages.

It is hardly surprising then that the hosting of APEC has become controversial in PNG, with accusations of both waste and corruption. After all, PNG is an extremely poor country. It is the second most rural in the world. Poverty is high and not falling, and child stunting rates are the fourth highest in the world (every second child under the age of five is stunted due to malnutrition). The opportunity cost of hosting APEC is high. Much of the financial cost is being covered by other countries, most notably Australia and China, but the meeting cycle is a heavy one for any country, and a significant tax on PNG policymakers, both elected and official.

Will APEC bring advantages to PNG? Delegates will likely leave impressed by the development in the capital Port Moresby, by the prospects of future resource projects, by the country’s vibrant culture, and by the successful execution of a year-long cycle of meetings, culminating in the leaders’ meeting this month. But delegates might equally leave worried by the country’s severe health, economic and political problems, and the lack of actions to address them. Certainly the PNG government has passed up on the opportunity to use its hosting of APEC to push through domestic reforms.

PNG is one of only four countries worldwide whose parliament contains no women, a symptom but also a cause of extreme gender inequality. Several years ago, it started to introduce reforms to ensure female representation, but these have not actually been implemented, nor is there any commitment to implementing them.

Ironically for a country hosting APEC, an organisation committed to free trade, the government has tried to help manufacturers by hiking tariffs. The government could have moved to help import-substitutors and exporters alike via a large depreciation. This would have also reduced the need for foreign exchange rationing — a major deterrent to foreign investment. Instead, the PNG government has resorted to foreign borrowing, a sensible response but a band-aid solution.

APEC will deliver a mild economic stimulus, and is expected to be accompanied by announceables. These may come from China and/or resource projects. Perhaps PNG will get more aid, but any resource project agreements will be ones that were already in the pipeline. It is widely accepted (including by the government) that PNG needs to get a better deal from its resource projects. Rushing agreements so that they can be announced at APEC only weakens PNG’s negotiating hand.

PNG is the only APEC member country not to have hosted the annual APEC forum (Taiwan and Hong Kong are APEC members but are not regarded as countries). The argument that it makes no sense to belong but not to host is a convincing one.

By the same token though, APEC is meant to be about reform and development. PNG could have used its hosting of APEC to push through important change in a range of critical policy areas. It hasn’t. Whatever happens at the leaders’ meeting this month, in this fundamental sense APEC 2018 is a lost opportunity for its host.

This article was first published by East Asia Forum.