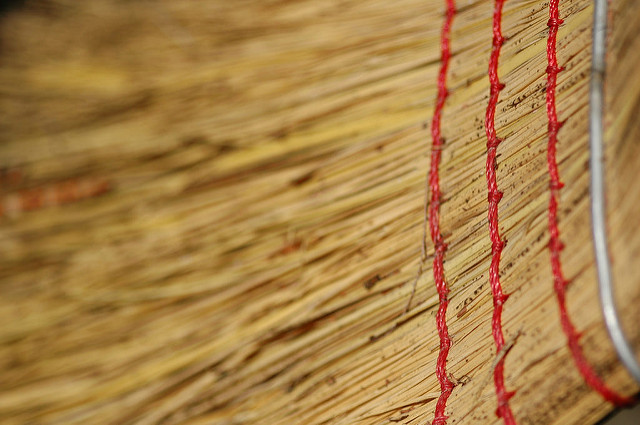 A letter to Prime Minister Peter O’Neill on the morning of 16 June 2014 started off what would become the most controversial anti-corruption story in the history of Papua New Guinea. The then Police Commissioner Tom Kulunga requested O’Neill to attend a police interview on allegations of fraud regarding payments of an estimated $28 million (K71 million) by the State to a national law firm, the Paul Paraka Lawyers. But the scheduled interview that day never happened.

For many years, PNG has faced allegations of corruption and often ranked unfavorably in corruption indexes. In 2012, Prime Minister O’Neill promised to address the issue and, to his credit, established the Investigative Task Force Sweep (ITFS). The ITFS was an inter-organisation agency that included the Police Fraud Squad. Little did the Prime Minister know that he himself would become a person of interest, engulfing a considerable amount of ITFS’s work.

But the case against O’Neill was never going to be easy. Since it began, two and a half years ago, a series of convoluted legal cases have jammed the path of the investigators. An interview, let alone any resolution of the serious allegations of fraud against the Prime Minister, now looks unlikely in light of recent National Court judgements against the ITFS.

This post briefly reflects on the most significant court cases against the ITFS this year and assesses their implications on anti-corruption efforts in PNG.

The first significant case was in February 2016. The issue was whether or not members of the Fraud Squad (itself part of the ITFS) should engage the service of private lawyers instead of the state prosecutors.

The Fraud Squad, however, questioned the neutrality of the state prosecutors in light of the successive appointments of Police Commissioners and the consensus among the lawyers acting for the police and the Prime Minister as evidence of a concerted effort to frustrate the case. They argued, inter alia, that the engagement of private lawyers was to ensure that the case against the PM is not derailed or suppressed as often seen in many high-profile cases in PNG.

The Court was asked to look beyond the narrow confines of institutional limitations to that of national interest. It is a view that appeared consistent with the notion under the PNG Constitution that the Court has inherent power to do justice in circumstances where injustice would otherwise arise. However the Court refused the Fraud Squad’s arguments, stating:

“even if the court was of that view, it is not a reason for this court to depart from or to disregard the provisions of a statute.” [para 27]

The Court’s ruling suggests that, despite these circumstances, it is bound to follow the letter of the law. This strict interpretation by the Court was again evident in a later court judgement in September 2016.

The issue in this case was whether the two leading investigators, Matthew Demaru and Timothy Gitua, should be part of a judicial review proceeding that challenges the power of the Chief Magistrate to issue the arrest warrant. The Court refused their affirmative argument and ruled that the “proper person to be a party to a judicial review proceeding on behalf of the Police Force and to challenge the warrant if thought necessary, is the Police Commissioner.” [para 49]

According to the Court, it is the Police Commissioner, not the Fraud Squad investigators, who should argue the case for the merits of the warrant of arrest against the Prime Minister. While this view may be in line with the constitutional power of the Commissioner to exert superintendent of the police, it arguably overlooks the circumstances that strongly suggest the Commissioner may not be acting in the best interest of the case.

These two cases raise profound jurisprudential questions for PNG. Should courts apply the provisions of legislation strictly to the letter even if such application may arguably be unfavourable to the overall interest of justice? What should be the proper standard of interpretation?

On Friday 2 December, the PNG National Court ruled that the decision made by the National Executive Council (NEC) in June 2014, under the chairmanship of the Prime Minister, to disband the ITFS was a policy decision and cannot be reviewed by the courts.

The ITFS was disbanded at the height of the allegations against the Prime Minister but the Court initially intervened to stay the disbanding. The fall-out resulted in the sacking and suspension of other senior state officials including Attorney-General Kerenga Kua, Acting Solicitor General Jubille Tindiwi and Assistant Police Commissioner Simon Kauba. Although it received no funding, the stay order enabled ITFS to continue its operation, with Chairman Sam Koim remaining in that role on an unpaid basis. This latest court judgement effectively ends the work and indeed the very existence of ITFS, although there could still be an option for appeal to the Supreme Court.

The decision raises a critical question.

Should the NEC escape accountability even if its policy decision appears repugnant to the course of justice? The Court reasoned that elections and votes of no-confidence schemes are two avenues through which NEC can be held accountable for policy decisions, not through the courts.

However, the issue is not whether the NEC has the power to disband ITFS but whether the decision is a proper use of their power, given the timing of their action in light of pending allegations against the Prime Minister who is the Chairman of the NEC. One may argue that courts have a duty to intervene because the NEC decision to disband the ITFS was intended to frustrate the criminal process and undermine the overall justice system which the courts are constitutionally charged to jealously protect.

On the issue of the proper use of NEC’s power, it is a trite constitutional understanding in PNG that the ‘executive power of the People is vested in the executive (NEC).’ PNG Courts have long accepted this to mean that whatever policy decision undertaken by the NEC must be in the best interest of the people.

One may then question whether the NEC decision to disband ITFS was a proper exercise of the executive powers and in the best interest of the people. The executive should not be allowed to set up investigative authorities or commission inquiries and when they themselves are incriminated, move hastily to shut it down or suppress reports.

It may be apparent from this analysis that these cases raise profound jurisprudential and constitutional questions. There is need for legislative and institutional reform as well as greater research.

Who will take on PM’s case?

Unless there are grounds for appeal, the most recent court decision effectively brings to closure the operations of ITFS. The Fraud Squad continues to exist, but has a limited role in the PM’s case. The anti-corruption responsibility will most likely be transferred to the Interim Office for Anti-Corruption chaired by the former Supreme Court Judge Graham Ellis who has already indicated his readiness to undertake the task.

Originally from Australia, Ellis is an appointee of the NEC and will coordinate the Interim Office according to the NEC’s terms of reference until the proposed Independent Commission Against Corruption (ICAC) is established. The ultimate challenge for the Interim Office and ICAC (if established) is whether they will proceed with the PM’s corruption case. Ellis’s recent speculation on Sam Koim as allied with a political party hardly inspires confidence in the former’s own independence.

Initially, there were mixed reactions to the establishment of Investigative Task Force Sweep (ITFS). Some argued it was a political ‘witch hunt’ by the O’Neill-Namah government. However, the successful prosecution of Paul Tiensten, who was a sitting Member of Parliament at the time and a senior Minister in the Somare Government, to nine years imprisonment appeared to change much of the perception. But it was the investigation against the Prime Minister that proved to the critics even the ‘creator’ of the agency is not immune.

The successes of ITFS in the fight against corruption is remarkable compared to any other existing or previous anti-corruption initiative. They effectively utilised domestic inter-agency investigatory mechanisms and improved banking and investment procedures in order to prevent the transfer of corrupt money to Australia.

Corruption remains a major concern for PNG but the people are always resilient. Aside from these worrying court decisions, the judiciary has generally shown commitment to addressing the issue. The story of ITFS is an inspiration to many. As (now) former ITFS Chairman Sam Koim has stated: “the wheels of justice have been set in motion and will not stop.”