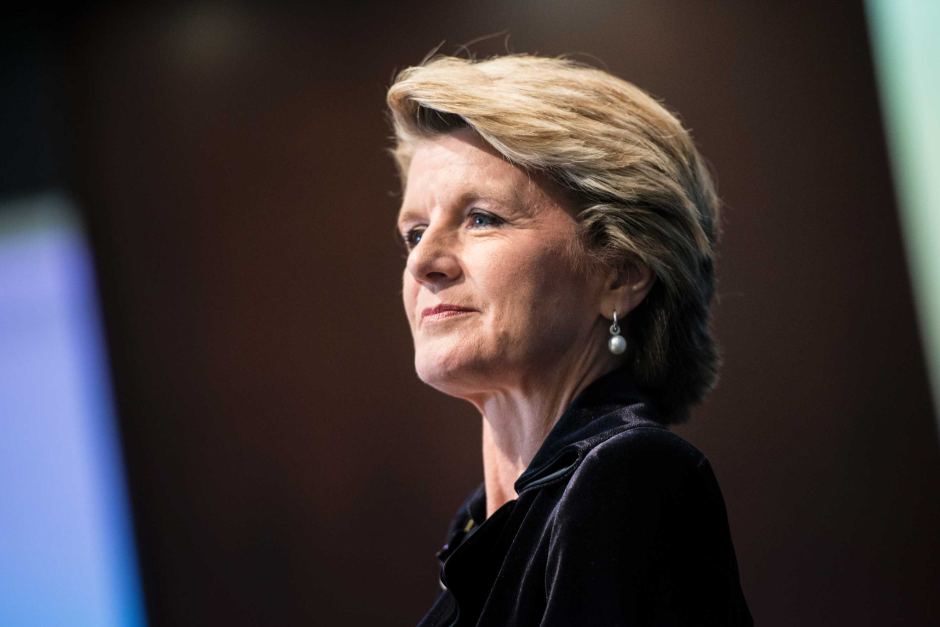 You know you are living in interesting times when you hear a conservative politician speaking enthusiastically about taxes. But Julie Bishop has done just that, according to the Sydney Morning Herald:

International development aid from wealthy nations to the poorest would be unnecessary if companies paid tax in the nations where they reaped their profits, the Foreign Minister, Julie Bishop, has told a conference in Washington, DC.

“In legitimately striving to improve returns to their shareholders, global companies big and small structure their affairs and businesses to minimise paying tax, while operating within the law,” she told an audience at the Brookings Institution, one of America’s most respected think tanks.

“While such corporate behaviour is understandable, developing countries are estimated to lose between $US35 billion and $US160 billion in revenue each year.

“If all companies paid taxes on profits in the countries in which they are derived, this would largely negate need for global aid flows or development assistance,” she said.

She said the total spent on development aid in 2013 was $US135 billion, less than the upper estimate of lost tax revenue.

Ms Bishop is right: companies working in developing countries should pay their fair share. And she is also right to stress that this money could help. There are few rewards to be had in politics for arguing in favour of taxes, so the Foreign Minister deserves credit for making the point.

Given this, it feels churlish to offer objections. Nevertheless:

First, any estimates which range between $US35 billion and $US160 billion are ball park figures (see this press release from Christian Aid defending the $160B figure they estimated, to get a sense of how tricky the task of involved was). As a result it seems a little disingenuous to take the highest figure and point out that it is more than total aid flows. Better, perhaps to take the average, $97.5B, which would leave plenty of need for aid (particularly as the need for aid by any reasonable estimate outstrips the amount currently given.)

Second, what she is calling for is much easier said than done in a world of individual nation states. As she says, the companies she is speaking about are (often) not breaking any laws; they’re just using the fact there is no global leviathan to structure their tax affairs in a way that reaps benefits. And, absent some sort of global state, there are very significant collective action problems associated with tackling this issue. This is not to say we should not strive to solve this problem, but solutions are unlikely any time soon.

Third, even if we could prevail upon companies to pay more taxes in the countries where the relevant work was based, there is no guarantee the tax gained would be distributed equally across the countries that need it most (better tax legislation might mean that PNG would have a lot more tax revenue all of a sudden, but I doubt it would bring similar windfalls to Tuvalu).

Fourth, domestic revenues get spent as per the demands of domestic political economy. Which means that for any given developing country a healthier domestic tax base may never trickle down to people with less power and more needs (women, the poor, the marginalised). Aid, thanks to the leverage donors have, does not, at least to an extent, have to be hostage to issues of recipient-country power and politics, and may be better placed to help.

And finally, in her actual speech Ms Bishop discusses issues such as pandemics and climate change which are, to varying degrees, truly global, involving the provision of global public goods. Public goods which won’t simply be tackled by providing individual developing countries with more domestic revenue. These are aspects of living on a globalised planet which require pooling globally available funds as we currently do with some of our aid spending.

None of this is to claim that aid is perfect, or that Ms Bishop is wrong to argue more tax should be paid in developing countries. However, aid and domestic tax revenues aren’t perfect substitutes and shouldn’t be compared in this way.