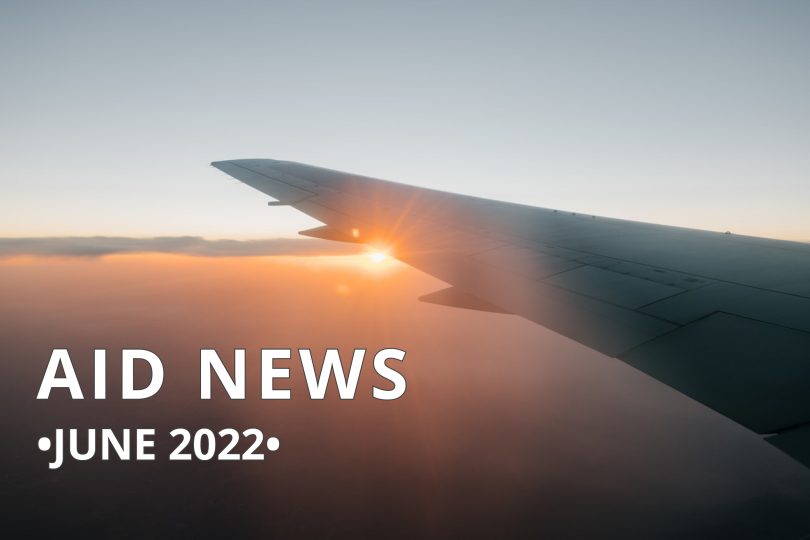 At the June G20 health ministers’ meeting Australia confirmed that it will contribute to a new Financial Intermediary Fund, hosted by the World Bank, for improved pandemic prevention, preparedness and response. Australia’s contribution will come from within the existing aid budget, potentially placing further strain on stretched global health programs. With the TB, malaria and HIV situation worsening due to the disruptions caused by COVID-19, the Global Fund has indicated that it will seek $450 million over three years (2023-25) from Australia at its September replenishment meeting, a big increase on our previous pledge ($242 million for 2020-22).

Sri Lanka’s economic and fiscal crisis is rapidly turning into a wider humanitarian and food security crisis, with the World Food Programme seeking US$47 million from donors to assist the 1.7 million people hardest hit by spiralling prices for food, medicines and fuel over the next few months. Australia has pledged $22 million to the WFP appeal.

Australia has pledged $1 million to support UN agencies’ response to the recent earthquake in Afghanistan. ACFID have an appeals page for those wishing to donate to NGOs working in Afghanistan.

Foreign Minister Penny Wong’s early visits to Fiji, Samoa, Tonga, New Zealand and Solomon Islands have further clarified the new government’s priorities in areas such as climate change and strengthening Pacific regionalism, enhancing labour mobility opportunities and implementing the new Pacific Engagement Visa, and ongoing support for COVID-19 and economic recovery. Australia has also joined the US, Japan, New Zealand and the UK in a new “Partners in the Blue Pacific Initiative” aimed at enhancing coordinated support for Pacific development priorities and institutions.

The Asia Pacific Development, Diplomacy and Defence Dialogue (AP4D) has produced a new set of policy recommendations aimed to support an integrated, long-term approach to Australia’s Pacific relationships when it comes to climate change, economic and social development, human security, and digital resilience. A recording of the AP4D launch event is online.

As preparations for the next climate summit (COP27) in Egypt in November intensify, a new working paper from the UK-based Overseas Development Institute finds that, as at 2020, Australia had provided just 23% of its fair share of global climate finance.

DFAT has released its 2022 Development Evaluation Plan with 42 evaluations scheduled for this year, including PNG and the Pacific (19), Southeast Asia (15), South and West Asia (3), Global (3) and Sector (2) programs.

The 2022 Lowy Institute poll shows increased public support for aid, with two thirds of respondents saying that Australia’s aid should either be kept at current levels (42%) or increased (24%). A third (34%) continue to say that aid spending should be decreased, a 13-point fall since 2019.

The Foreign Minister’s travel to the Pacific came in the wake of China’s failure to secure a regional deal with Pacific countries on development, trade and security. China did however secure bilateral deals with several individual Pacific countries and has subsequently released a revised “position paper” on its regional proposal that omits the controversial security elements.

The US and the Republic of the Marshall Islands have held face-to-face talks aimed at finalising a new agreement under their Compact of Free Association, an arrangement which gives the US control of compact states’ defence in exchange for access to US federal programs and finance.

DevEx explores some of the potential implications for global sexual and reproductive health, gender equality and foreign aid in the wake of the US Supreme Court’s decision to overturn Roe vs Wade.

The World Bank’s 2022 Global Economic Prospects report paints a bleak picture of a disrupted world economy, warning of the threat of a new era of high inflation, rising interest rates and debt burdens, and write-downs in global growth.

G7 leaders have launched a new “Partnership for Global Infrastructure and Investment”, aiming to mobilise US$600 billion in public and private finance for infrastructure in the developing world over the next five years as an alternative to China’s Belt and Road Initiative. In the same week, China’s President hosted an online summit on global development which included the leaders of Indonesia, India, Cambodia and Fiji.

The UK House of Commons’ International Development Committee is holding an inquiry into the impact of the global debt crisis on poor nations, including the future role of debt relief initiatives.

UNHCR’s latest Global Report finds that there were almost 100 million “people of concern” worldwide in 2021 (up from 68 million just five years ago), placing further strain on a frayed and under-resourced global protection system.

World Trade Organization Ministers have agreed to waive patents on COVID-19 vaccines for up to five years to support increased vaccine production for poorer nations but have deferred a decision on a similar waiver for diagnostics and treatments, a move criticised by civil society groups.

In the final instalment of Devpol and The Asia Foundation’s 2022 AAC Speaker Series, Professor Lant Pritchett delivers a historically informed and thought-provoking graphic depiction of why prolonged economic growth is both a necessary and sufficient condition for improved human development.

Administrator Samantha Power discusses the global humanitarian impacts of the war in Ukraine, future directions for US development assistance and USAID’s ambitious localisation agenda at the Council on Foreign Relations.

On the ANU National Security College podcast, Bridi Rice from Development Intelligence Lab and Erol Yayboke from the US Center for Strategic and International Studies outline evolving approaches to development, conflict and security, including the US ‘Fragility Act’, and their application in the Pacific.

On the CGD Podcast, Patience Marime-Ball and Ruth Shaber interrogate the data behind the economic case for gender inclusion and their new book, The XX Edge: Unlocking Higher Returns and Lower Risk.

And at LSE, Mark Lowcock, a former head of DfID and UN humanitarian coordinator, launches his new book, Relief Chief: A Manifesto for Saving Lives in Dire Times.