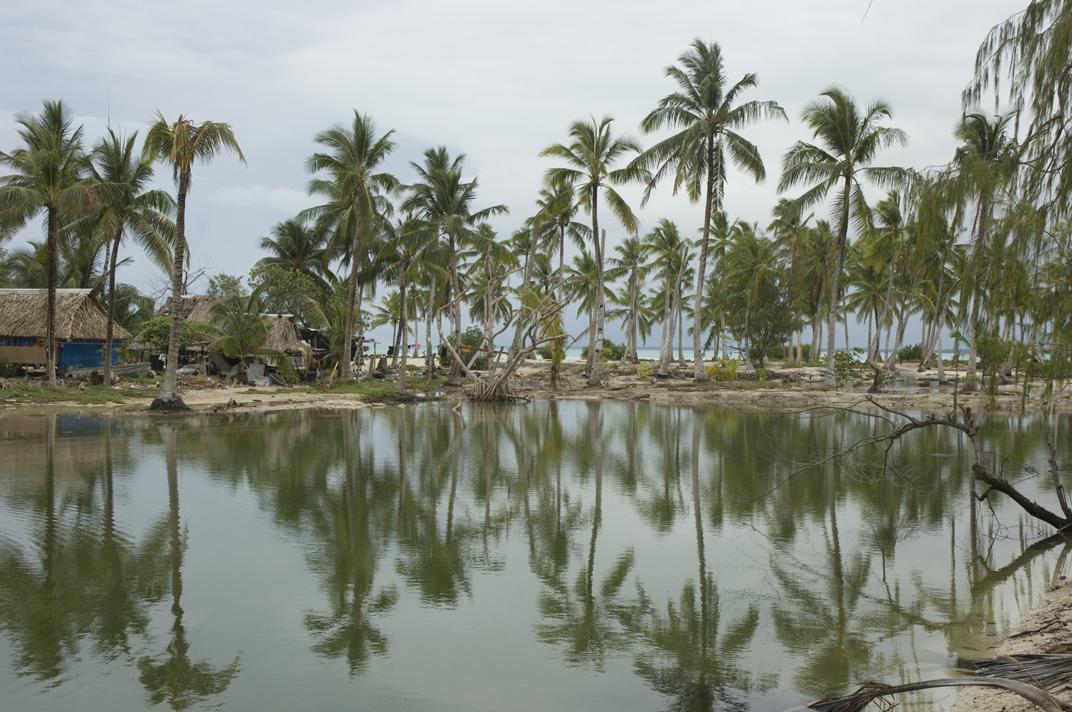 Kiribati: what will it lose when it graduates?

Kiribati’s graduation from Least Developed Country (LDC) status is currently under review. If Kiribati (which has met the formal criteria for graduation) were to be graduated, it would lose access to the International Support Measures (ISMs) LDCs are entitled to. These ISMs cover market access and trade, development assistance and general support. Given what we know about the structure of the Kiribati economy, what difference would loss of ISMs actually make to Kiribati? It is perhaps no surprise that those related to potential markets for exported fish cause the greatest amount of anxiety for policymakers.

In terms of market access, the main impacts are on the export of tuna loins and related processed fish products, which constitute major elements of the current fisheries development strategy. While products currently sent to Australia and the US would be unaffected, products sent to Japan and the EU would face higher tariffs. For Japan, average tariffs on frozen tuna will rise by 2.6 percentage points. However, this would result in only an estimated US$300,000 in lost revenue to Kiribati – 0.25% of total fishing license revenue in 2017. Kiribati fish are not exported to the EU, but it is the second largest world market for processed tuna products after Japan, and a key market targeted by the economic diversification and export strategies of the Kiribati government. Currently, Kiribati faces no tariff barriers into the EU, but after graduation, Kiribati’s exports would face the Generalised Scheme of Preferences (or GSP) rates. For the main category of potential high -value exports (HS 0304), average tariffs would raise from zero to 6.9 per cent. More importantly, processed tuna fillets (which is the main sub-item within that customs heading) would face tariffs of 10 per cent. Such tariff barriers would doubtless make Kiribati’s entry into the EU more difficult.

Loss of LDC status would have no other trade impacts. Copra exports are not currently subject to ISM treatment and so would not face any changes following LDC graduation. Kiribati has no services exports to speak of AND is not a member of the WTO (and therefore has no WTO obligations). The Impact Assessment carried out by the UN Committee for Development Policy on Kiribati’s potential graduation strongly suggests that stated long-term plans to expand services would also not be affected by the potential loss of preferential market access in services under the WTO services waiver, because the main targeted service (tourism) does not face significant market access barriers. In terms of other sources of foreign income, LDC graduation would not impact Kiribati residents working abroad, as the preferential access to Australia and New Zealand through seasonal workers schemes is independent of LDC status and Kiribati seafarer and fishing crews do not receive preferential treatment. Graduation would also not impact Kiribati’s main income source, international fishing licenses, which is dependent on the Nauru Agreement on fisheries management as well as bilateral access treaties. Kiribati has already met many of the conditions outlined in the PACER Plus agreement regarding tariff liberalisation, and this again is separate from LDC graduation.

Outside of trade, the other impacts of LDC graduation would be minor: the loss of aid-for-trade coordination, needing to pay for attendance at the UN General Assembly and related conferences, loss of some minor UNDP programs (which Kiribati does not currently engage in), and small increases to financial contributions to UN peacekeeping operations.

Graduation is not expected to impact official development assistance (ODA) flows, as all significant bilateral development partners (Australia, New Zealand, Japan, and Taiwan) have confirmed that their support to Kiribati does not depend on Kiribati’s LDC status. Similarly, all significant multilateral partners either do not utilize the LDC category for operational activities (World Bank and Asian Development Bank) or confirmed their continuing support at current or increased levels (the EU and its institutions). Almost all United Nations entities confirmed that they will continue to support Kiribati after a possible graduation. A number of entities (DESA, ESCAP, OHRLLS, UNCTAD, UNCDF, UNESCO) would be in the position to offer graduation-specific support that would phase out over the transition period.

The only significant impact on ODA appears to be the UN Framework Convention on Climate Change (UNFCCC) LDC Funding (LDCF) window, which is currently implementing one project in Kiribati under the UNDP, with around US$4.5 million as a grant from the LDC Fund and US$7.1 million in co-financing. In addition, there is another project awaiting approval with financing of around US$9 million from the LDC Fund and US$45 million in co-financing, however, project implementation has been hampered with little funding actually utilised. Under transition arrangements, funding already approved under the LDCF would not be removed (only new project submissions would be affected) and co-financing amounts would likely be transferred to other projects.

In summary, the loss of ISMs for fisheries exports may present a constraint to future fisheries development, but it is unclear how much this constraint would have any material effect on the possible development trajectory given the tiny projected loss of revenue. No other ISM losses will have a material impact.

Especially when compared to the massive increase in government revenue since 2014 it is difficult to conclude that the loss of ISMs will have a significant impact on the ability of Kiribati to continue or sustain development gains. Not only has fishing license revenue increased sixfold, but Kiribati has also got more aid from donors in recent years. Both the World Bank and Asian Development Banks have realigned their base allocation formulae, resulting in significant increases in the funding available to small-states. In the case of Kiribati this has meant that its grant programs from the World Bank and the ADB have, based on the latest estimates, more than tripled since 2016. Taken together, Kiribati has a considerably larger pool of public financing resources to draw on than it has had at any other time in its history.

If ISMs have not been heavily utilised by Kiribati and their loss on graduation does not represent a significant barrier to further development, what does Kiribati need to do to “graduate with momentum” when it loses its LDC status, as looks likely in the coming years? The next and final blog in this series addresses this question.

This blog is part of a series. You can find the first blog here and the second blog here.