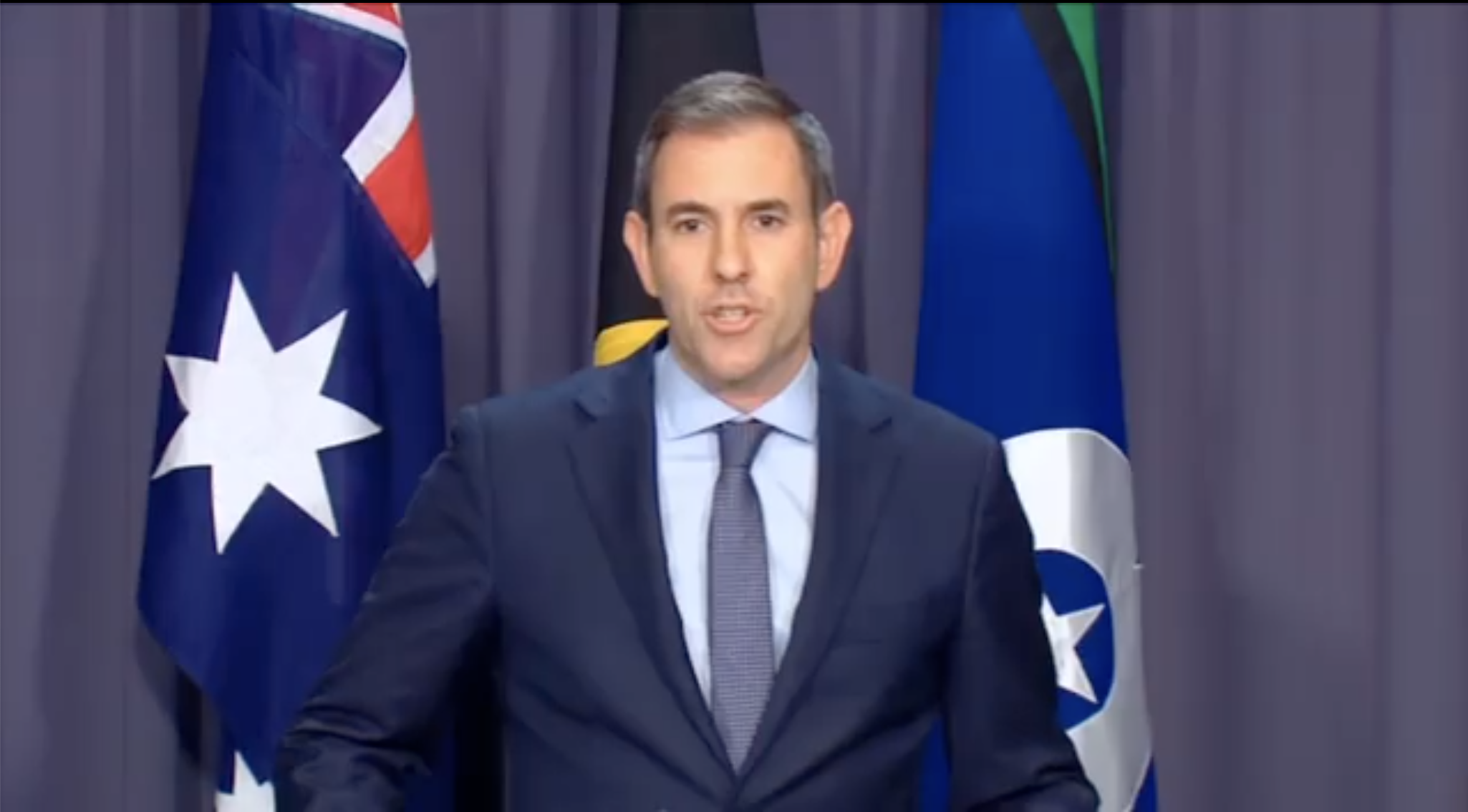 Labor reduces but does not eliminate Coalition aid cuts

That said, the outlook for aid is still pretty grim. Adjusting for inflation, aid is set to fall every year from 2022-23 to 2025-26. The total reduction by 2025-26 is 5%, which is a lot less than the 14% cut under the Coalition’s March budget (using the latest inflation numbers), but nevertheless a real cut. 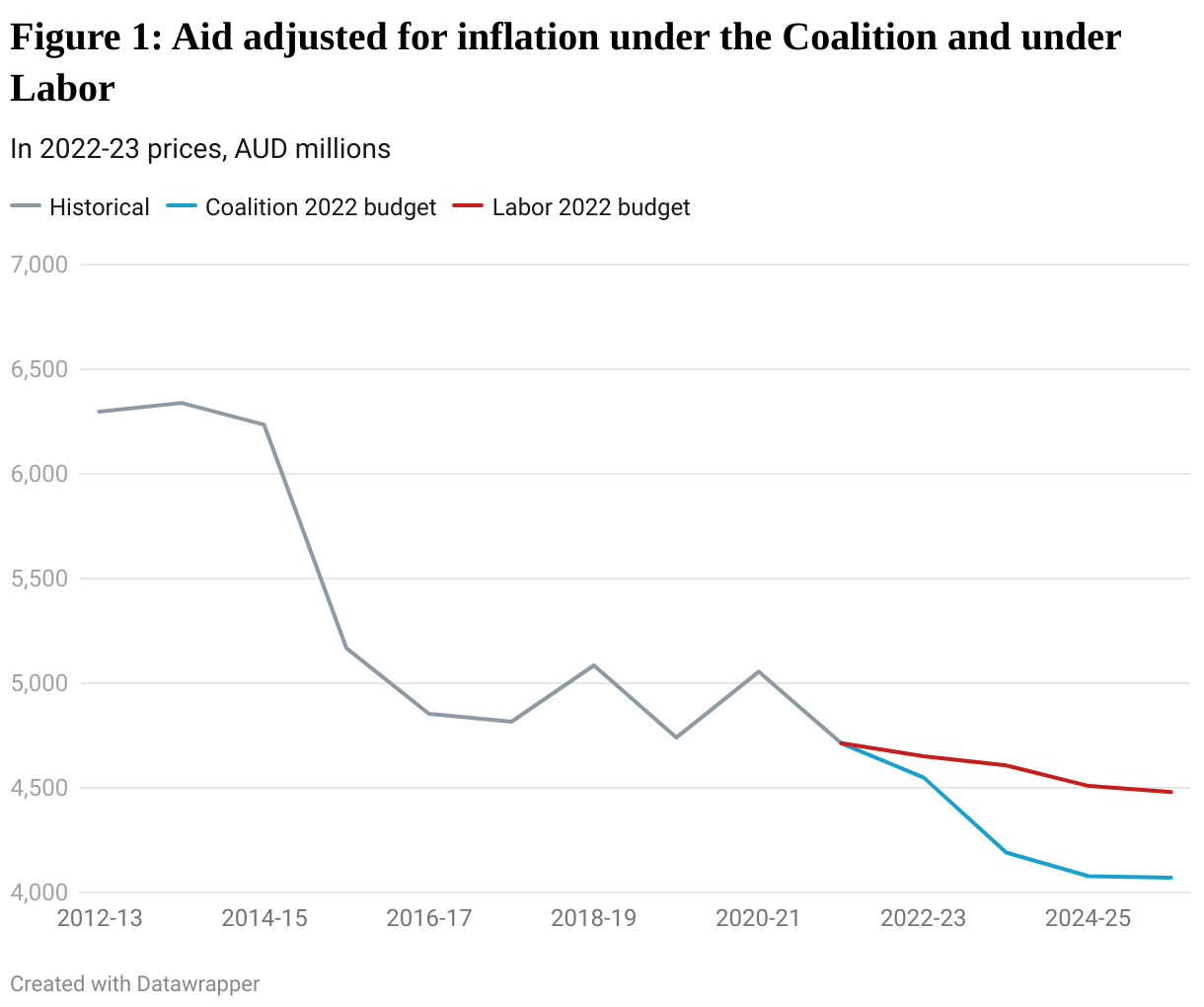 The other key indicator is ODA/GNI, or aid as a proportion of the national economy (Gross National Income), the so-called generosity indicator. There the story is the same. Under the Coalition this ratio would have fallen from 0.2% in 2021-22 to 0.17% in 2024-25. Under Labor it is projected to fall to 0.19%. That still leaves us in the deplorable “0.2% club” of miserly donors, still heading in the wrong direction, just not as quickly. 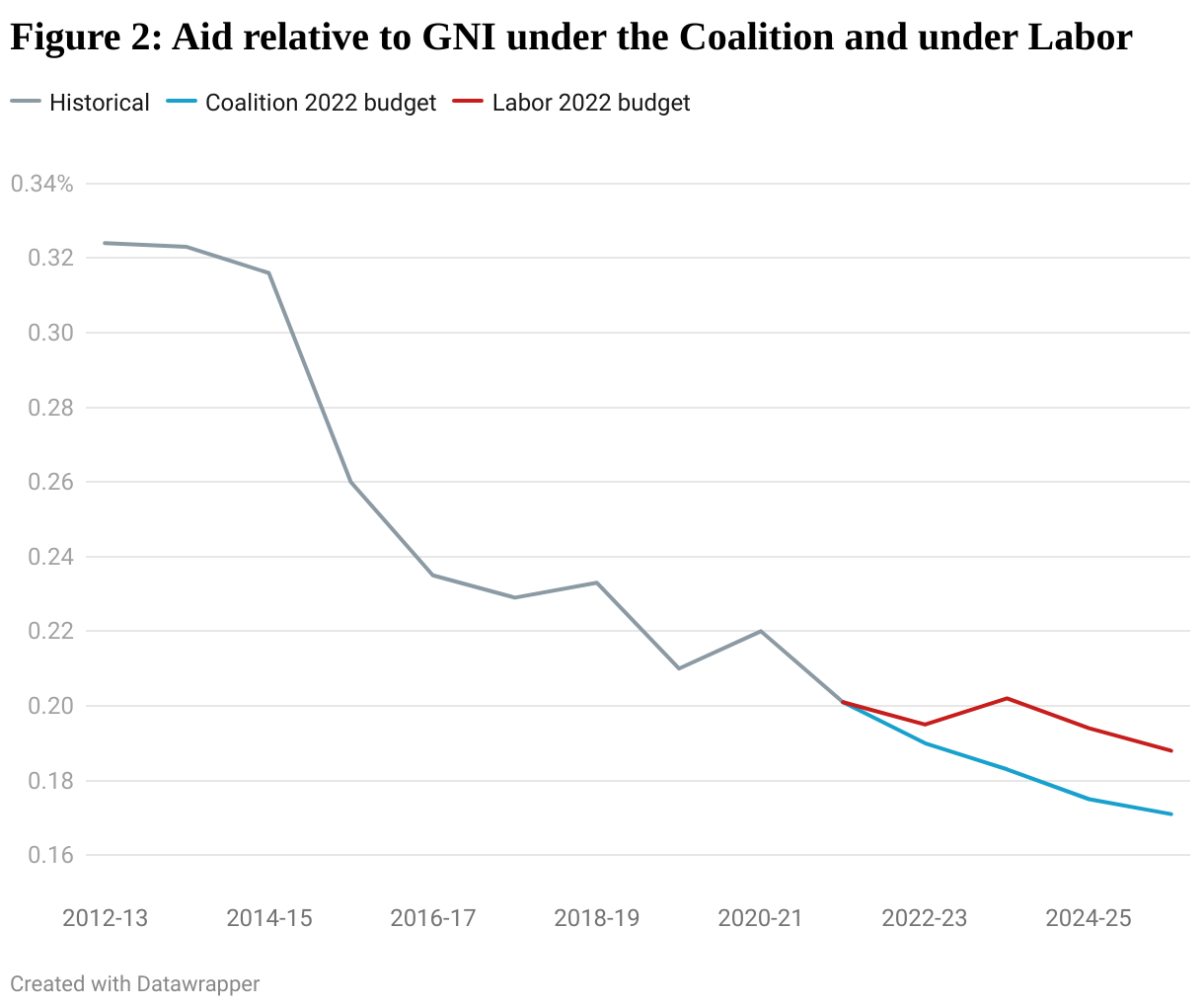 Not surprisingly, the major beneficiary of the extra $1.43 billion is the Pacific ($900 million), which is already the most aid-dependent region in the world, but which, bipartisan wisdom dictates, just can’t be given enough aid. Despite the fact that DFAT has yet to complete its development finance review and there is little in the way of public reporting on its performance, an additional $500 million in grants over 10 years has been allocated to the Australian Infrastructure Financing Facility for the Pacific. The rest of Labor’s additional aid goes to Southeast Asia ($470 million), apart from a small amount for Australia’s development NGOs ($30 million) and to cover DFAT departmental costs ($26 million).

Despite the multiple global crises currently playing out, there is no increase in the humanitarian budget. The aid budget summary boasts about the $5 million Australia gave in response to the Pakistan floods, and $15 million for the African food crisis – peanuts. One would surely have expected a more international, global-oriented aid budget from a new Labor government.

On transparency, there is some additional information in this year’s budget summary, including sectoral estimates. This is welcome given the deterioration in transparency under the Coalition. But there is a lot more to do on this front and hopefully the new development policy will lay out some clear commitments that will be resourced.

Labor is actually increasing aid by more than the $1 billion it promised during the election. But $1.4 billion over four years is not enough to protect the aid program from inflation. Nor is it enough to meet the Labor party platform commitment to increase aid relative to GNI. What actual Labor policy is on aid volumes is impossible to say.

If you are an optimist, you will be grateful that Labor has boosted aid relative to the Coalition, and think that our new government will build on this budget in subsequent ones. In that best-case scenario, we would see an end to the aid cuts that have been underway since 2013. If you are a pessimist, you might think that without any aid targets, and given other spending pressures, the future of Australian aid is bleak. If that is the case, aid will continue to fall. What the odds are for these two scenarios we leave for the reader to venture.

Devpol’s Australian Aid Tracker has been updated with the new budget numbers.

Huiyuan Liu
Huiyuan (Sharon) Liu is a research officer at the Development Policy Centre, working in the area of economic development.